In some ways, Sisolak is no better than Trump 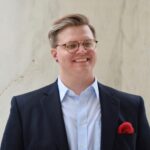 Andrew Wittstadt
September 17th, 2020 - 2:00am
Gov. Steve Sisolak gives an update on the state's COVID-19 response at the Sawyer Building in Las Vegas on Thursday, Sept. 3, 2020. (Pool photo via Chase Stevens/Las Vegas Review-Journal) @csstevensphoto
In some ways, Sisolak is no better than Trump

It’s as if he runs the state of Nevada about as well as President Trump ran his steak company. Clearly, Gov. Sisolak, like Trump, has no knack for governing — and the fact that he is currently being sued by a coalition of small business owners proves he is just paying lip-service to being “a small business guy.”

Sisolak has allowed businesses to be demolished by over-reactive policies that resemble more punitive punishments than constructive mitigation methods. He stated in a press conference about a month ago, “If people aren’t following the rules to keep us safe, there needs to be consequences.” What those might look like, no one knows.

Sisolak has even stated that “In hindsight, it was a mistake to close all bars.” Unfortunately, uttering that sentence is all Mr. Sisolak has done to “help” those business owners and the people who depend on them. So far, despite his newly found hindsight, he has remained completely silent on when we will be allowed to open up and get back to something resembling normal life.

Besides creating bureaucratic committees full of non-elected government appointees to decide the fate of Nevada, Sisolak has also managed to completely abandon the initial reopening plan that was set out so vigorously in May. After months of time to plan and ensure hospitals will not be overrun with cases of COVID-19, there still seems to be about as much of a plan forward as the Trump administration has provided. That is to say, none.

“We’ve learned a lot about this virus in the last five months. While phases made sense at the time, we’ve got to be flexible and responsive to what we’re seeing now,” the governor stated. But there have been no specifics released about how the government is going to go about this new reopening plan. Typical for someone who has no idea what he is doing. Like Trump, Sisolak is crumbling under the weight of such a task.

Sisolak stated at a recent press briefing that the first thing he does every morning is ask his staff for the numbers from the day before. Great, are we taking this day by day still? In phases? Are we really using the daily numbers to base our every decision six months in? This is not leadership, this is a boat without a captain, and it’s sinking into the desert.

Sisolak stated in that same briefing, “Our numbers are better, but we have a long way to go.” Of course, he offers no number that would be acceptable, no number that we are aiming for, just a vague idea of “lowering numbers” all around. Sisolak continued, “We have to lower our positive testing rate of 10 percent.” Again, he failed to provide what an acceptable number is in this case. How will lowering positive testing rates help the state of Nevada? One cannot be sure, and Sisolak provides no further details.

It’s hard to believe that Sisolak even knows what leadership looks like. While he lets the state of Nevada starve by not paying out Pandemic Unemployment Assistance (PUA), he is toying around by going through four (yes, that’s correct, four!) leaders at DETR (Department of Employment, Training, and Rehabilitation) in the last several months alone. This is essentially the Sisolak equivalent of Trump’s infamous “You’re fired.” Sisolak is allowing the people of Nevada to lose their homes while the money owed to them is waiting in a bureaucratic hellscape. Why is Nevada the only state not paying out the money it owes to its citizens? Apparently no one knows, including Sisolak. Remind you of anyone?

Sisolak stated in a press conference about the lack of payment to the citizens of Nevada, “One person or one family, unable to pay their rent or put food on the table due to lack of payment is too many.” That was over a month ago — and still nothing. If the blundering press conferences are any indication of how in over his head Sisolak actually is in this leadership role, his inability to answer simple questions from the press is astounding and almost Trump-like. When asked about the plan for re-opening, Sisolak deferred to members of his bureaucratic task force, as if he has no idea when the state of Nevada can go back to work and re-open to the public.

The man clearly hates being criticized, like someone else we know, and shows that in his visible contempt and flustered responses to simple questions. And of course, Sisolak saw fit to mention an online troll that had been getting under his skin at the press conference, just like Trump.

I grow tired of spineless “businessmen” getting elected to public office and pretending to be leaders. The inability to admit fault and correct quickly as circumstances change is further evidence of Sisolak and his task force failing their only duty: to govern. The people of Nevada have been pleading with their elected officials for help for six months now. What is Sisolak doing?

He is now further distancing himself from responsibility by claiming, “It is now time for local government to take control of their districts.” Except Sisolak and his task force haven’t allowed any local district to conduct their own affairs during the shutdown. In fact, just the opposite. But because Sisolak has blundered the response in Nevada, he is pulling the Trump card: shrugging off responsibility and blaming his task force.

He is continuously rejecting responsibility for bankrupting the state of Nevada, while forgetting the threats and strong-arm tactics he used on local leadership six months prior to his sudden change of heart.

The way Sisolak manages to deflect any and all blame for the mishandling and vulgar strong-arming of the citizens of Nevada is textbook Trump tactics. Sure, he doesn’t blunder like an idiot on Twitter all day, but that’s quite a low bar for an elected official. Steve Sisolak is not a leader, he’s Donald Trump with a D in front of his name and a better haircut.

Andrew Wittstadt is a poet, writer and teacher based in Las Vegas, NV. His latest creative work has appeared in Bending Genres, Foothill, The New Limestone Review, and The Cider Press Review. He teaches at Nevada State College.