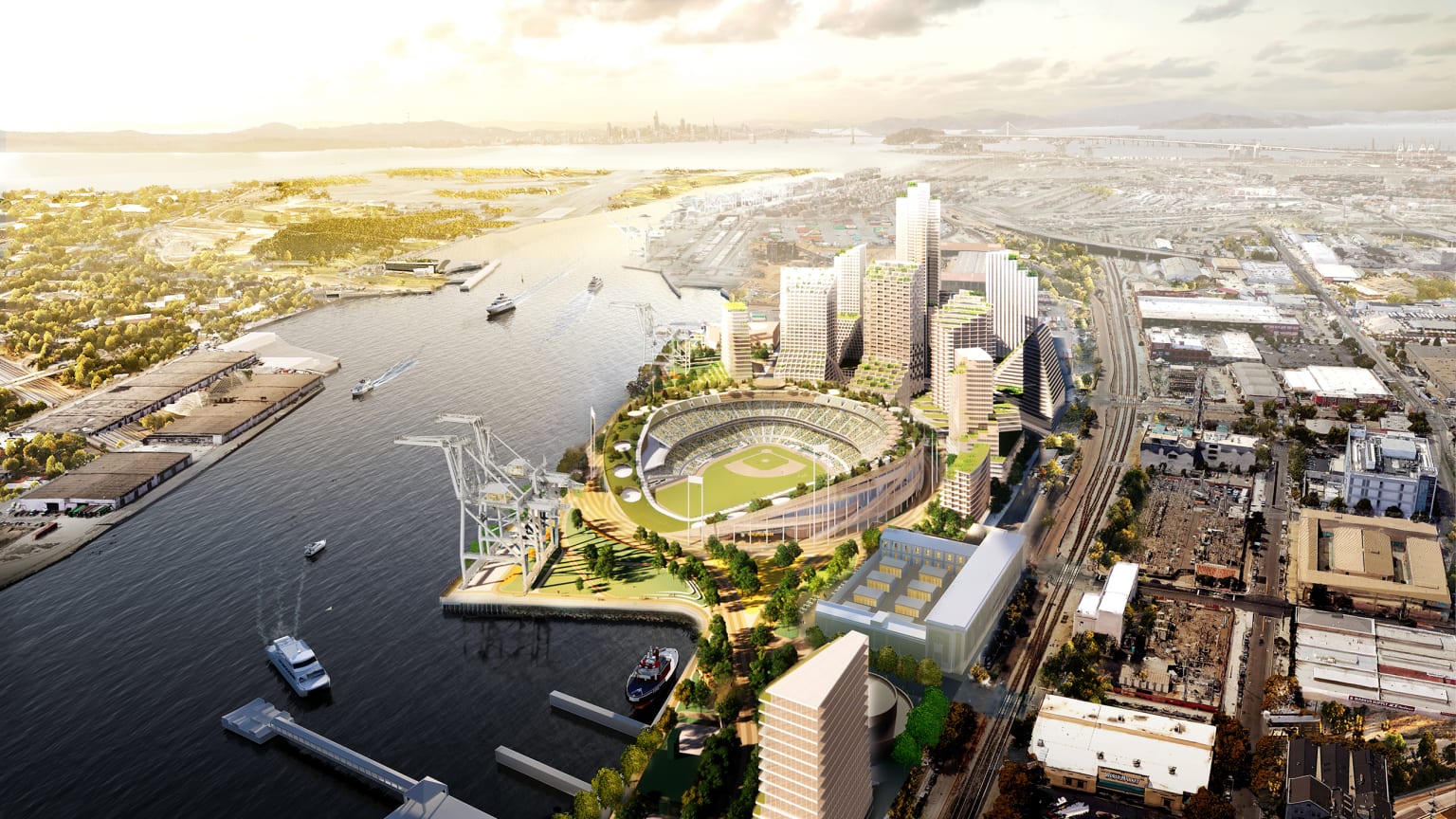 Given the rate at which we’re acquiring professional sports teams from the Bay Area, maybe Las Vegas could change its name to “New Oakland.”

Just years after Las Vegas successfully lured Oakland’s former football team to the region with the single largest stadium subsidy in American history, the Oakland A’s are now seeking their turn to be courted away from the California coast with a bucket of taxpayer dollars.

Ostensibly, the A’s are merely looking for a place to build a new stadium. However, it’s hard to escape the conclusion that they are actually shopping around for a local government willing to foot part of the bill for their field of dreams.

Gov. Steve Sisolak told The Nevada Independent as much, confirming that the A’s “wanted some public money” to build their ballpark somewhere among the neon lights of Las Vegas — which hardly makes them unique among sports franchises. Not only is Clark County dipping into reserve funds to finance its debt on Allegiant Stadium, but the Henderson Silver Knights also have raided public coffers in recent years for their own facilities in the southern part of the Valley. And, nationally, using public dollars to build, maintain and improve the playthings of sports teams and their billionaire owners has become commonplace.

To his credit, Gov. Sisolak seems to be playing hard to get — refusing, at least for the time being, to follow in the steps of his predecessor with tax hikes or a special session. Nonetheless, public dollars remain a real part of the discussion as the team bids on possible locations for its future stadium.

And why wouldn’t it be? After all, there are plenty of vocal sports fans — who politicians know are also registered voters — who would see the arrival of a Major League Baseball team as a substantial win for their community, even if it did require a hefty bribe from the treasury. However, as tempting as it might be to put the burden on taxpayers to ensure a bunch of highly paid athletes can play a child’s game in the city’s backyard, the economics of such publicly funded sports ventures simply aren’t in the favor of those who are forced to pay it.

Not only have numerous studies demonstrated that the promised economic benefits never actually manifest, but such projects can even create a drain on the local economy over the long haul. In fact, one doesn’t even have to look that far to see the failed economics of giving sports moguls taxpayer dollars in exchange for geographical loyalty — one merely has to look to Oakland, itself.

“The bright side of the bay” lured the Raiders back to the area in the mid 90s by shoveling hundreds of millions of dollars into a stadium renovation — a debt that Alameda County residents are still paying off to the tune of $13 million per year, despite the team having left for a shiny new stadium in the middle of the Mojave.

And what kind of economic windfall did Oakland residents see during the Raiders’ stint in the Bay Area? Well, if it provided any value beyond a sense of community for football fans, one would be hard pressed to uncover what exactly it was. Despite continued payments until 2025 for the stadium renovations, Oakland has some of the worst roads in the nation, the school district suffers from staffing shortfalls and the city struggles with a homeless population it can’t afford to properly house.

Given our own problems here in Southern Nevada, one has to wonder what structural issues the state of Nevada could have addressed had it not effectively handed a private football franchise, valued at more than $3 billion, a massive stadium subsidy? When considering public dollars for the Oakland A’s, voters and electeds should first consider the plethora of investments in the local community that could otherwise be made with such dollars. Opportunity costs, after all, are actual costs — even if they are often difficult to calculate with precision.

Elsewhere, examples of grandiose economic projections falling dramatically short are commonplace. A 1997 study by the Brookings Institute demonstrated that even the Baltimore Orioles' $200 million subsidy resulted in yearly losses for the city — and that was far from being an isolated incident. It’s no wonder, then, that a 2017 poll by the IGM Forum showed a whopping 83 percent of economists said publicly-financed stadiums would cost local communities more than they would generate in the long run — occasional increases in foot traffic from busy home games notwithstanding.

As the Berkley Economic Review described it, the biggest problem comes from the fact that such deals are effectively “socializing the costs and privatizing the profits” for sports teams that, generally speaking, have plenty of capital on hand to build their own glitzy home turf.

This isn’t to say that such projects don’t generate some degree of economic activity for a region — of course they do. However, if the investments truly delivered the level of economic prosperity often promised by those lobbying for them, private-sector financing wouldn’t be hard to come by — especially in a city like Las Vegas, which is heavily populated with entrepreneurial corporations eager to build opulent entertainment destinations.

In fact, the blueprint for such privatization of costs already exists. The Fortress of the Vegas Golden Knights, T-Mobile Arena, was built entirely without grandiose subsidies from local taxpayers. MGM footed the bill for the impressive arena precisely because there was obvious value in the facility long before a team of misfits won the city’s heart in their inaugural season.

Unfortunately, such privatization of costs is increasingly rare in modern sports, where billionaire sports moguls (quite rightly) realize politicians are happy to throw money their way in exchange for a shovel-ready photo-op or high profile ribbon-cutting ceremony. As a result, Nevada officials will undoubtedly be tempted to continue doing whatever they can to seduce the Oakland A’s into calling this great state their home…

We should simply ask they not use our tax dollars to buy the drinks.