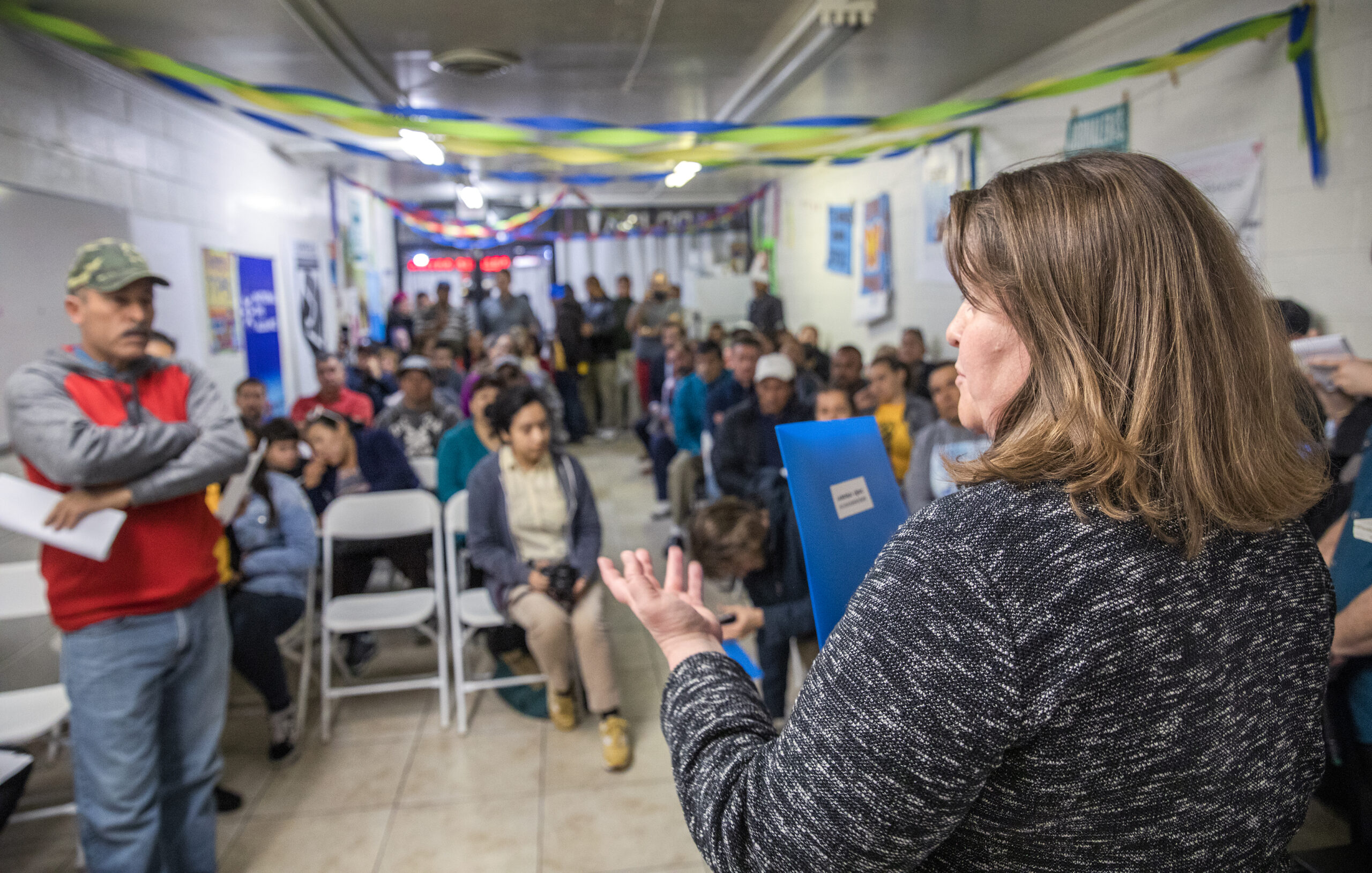 A few years ago, a group of construction workers in Arizona learned that they were no longer being considered employees who were protected by federal and state wage and safety laws.

They were building the same houses on the same job sites for the same companies as they were the day before. But the companies had reclassified the workers as “members” of limited liability corporations and no longer as employees, in order to avoid paying thousands of dollars in payroll taxes.

A federal investigation into the situation found that 16 defendants in Utah and Arizona had misclassified workers. The companies were forced to pay $700,000 in back wages and penalties for more than 1,000 construction industry workers in the Southwest.

That one case falls far short of capturing the depth and breadth of employee misclassification — the practice by an employer of improperly classifying workers as independent contractors in order to avoid any legal obligation under state labor, employment and tax laws, including the laws governing minimum wage, overtime, unemployment insurance, workers’ compensation insurance and payroll taxes. Many national and state-level studies have found that misclassification affects hundreds of thousands of workers in a variety of industries across the country.

This year, members of Nevada’s new employee misclassification task force began meeting to address a problem that costs the state — and Nevada workers — millions of dollars each year. They have met four times this year, including a week ago.

A January report from the Institute for Construction Economic Research estimates that more than 12,000 construction workers in the state, representing about 11.4 percent of industry employees, were misclassified or working off the books in 2018.

The study estimates a similar financial impact on the workers, including $34.2 million in federal contributions for Social Security and Medicaid offloaded from employers onto workers.

Prior noted that some of this misclassification can come as a result of simple error, as some employers believe they have the option to hire workers as independent contractors rather than employees. But he explained that others do use the practice to “reduce labor costs and avoid paying state and federal taxes.”

The path to a task force

When the creation of a misclassification task force came up for discussion in the Legislature in 2011 and 2019, labor groups pointed to the significant financial losses that misclassification can cause — Ali Anderson, state legislative director for the International Brotherhood of Teamsters, said that bad-acting employers are able to save up to 30 percent on operating expenses by misclassifying employees.

The Teamsters and other labor unions, such as the Carpenters/Contractors Cooperation Committee, argued that employee misclassification in Nevada had largely been perpetuated by employers in the construction industry.

Meanwhile, resistance to two bills proposed in 2011 and 2019 came as opponents took issue with the new way independent contractors would be classified under the legislation, even as they agreed with supporters that it was a good idea to root out bad actors that intentionally misclassified employees.

A worker is defined as an independent contractor under the ABC test if: (a) an individual is free from control or direction over performance of the work, (b) the service provided is outside the usual course of the business for which it is performed; and (c) an individual is customarily engaged in an independently established trade, occupation or business.

Bill opponents were eventually appeased through revisions of the 2019 bill, SB493, which clarified that the “ABC test” would only apply to the set of contractors working solely within the construction industry.

The 2019 legislation also created the task force and required certain state agencies, including the office of the Labor Commissioner, the Department of Employment, Training and Rehabilitation (DETR) and the attorney general’s office, to share information about suspected employee misclassification.

“I think this issue needs to keep up and continue to be looked at … workers need to be protected,” said Teresa McKee, who is chair of the task force and also serves as CEO of the Nevada Association of REALTORS. “The law may need to be adjusted from time to time to make sure we capture what's going on in the marketplace.”

The group began meeting early this year after members were appointed in October. It will be working to create a report by July 1 with recommendations to the Legislature, as required by the bill that established the task force.

The burden of employee misclassification

From July 2018 through June 2020, the labor commissioner’s office received 6,929 wage claims, which resulted in more than $2.1 million in wages collected for claimants. And though the agency has only recently started the process of tracking wage claims by type, Labor Commissioner Shannon Chambers estimated that about a quarter are related to misclassification.

Chambers, who is a member of the task force, said her office has limited resources to handle wage claims and the vast amount of misclassification indicated in the report from the Institute for Construction Economic Research.

“We have nine investigators for the entire state. So the ability to be at every single construction project would be utterly impossible,” Chambers said. “We also rely on claims and complaints that can come in from… trade associations, from unions, quite frankly, from other contractors or other businesses who want to report something.”

But the claims handled by the state represent only a small fraction of the financial toll that employee misclassification has on the state.

The Institute for Construction Economic Research study on payroll fraud found a financial impact of nearly $100 million in Nevada in 2018, and that number could be an underestimate. An October brief from the National Employment Law Project stated that studies most likely fail to capture the full scope of misclassification because they do not account for the underground economy, comprised of off-the-books workers paid in cash, and employers who fail to report worker payments to state authorities.

As the researchers behind the Nevada report noted, documenting the prevalence of payroll fraud is a difficult task because the actions are illegal, and there is little concrete data on the practice. But through analysis of payroll records and national surveys, the authors estimate the financial impact of employee misclassification in Nevada’s construction industry to be significant.

The state-level research into employee misclassification also builds off of previous research that shows it has long been a problem throughout the country.

A 2009 report from the Government Accountability Office revealed that in 1984, the IRS estimated that U.S. employers misclassified 3.4 million employees, resulting in an estimated federal revenue loss of $1.6 billion. The same report showed that from 2000 to 2006, the number of misclassified workers identified by state audits per year increased from a little more than 100,000 workers to nearly 160,000 workers.

Aside from construction, Chambers said she also sees significant misclassification in the garment industry and home health care.

“We have entities that operate home health care businesses, and they will assign employees… certain assignments and control their work schedule, control their hours, control how they do their work and then classify them as independent contractors,” Chambers said.

The state has been exploring the issue for more than a decade.

Prior to the 76th session in 2011 and the initial discussions to launch a misclassification task force, the Legislative Commission formed a subcommittee to study employee misclassification.

The subcommittee released a report in Jan. 2011 that made a “conservative” estimate that approximately 31,000 Nevadans may be misclassified, resulting in an annual revenue loss of $8.2 million for the unemployment trust fund.

The report made five recommendations, including the creation of an employee misclassification task force, the authorization of civil penalties for employers that misclassify their employees and an amendment to the definition of “independent contractor” for purposes of workers’ compensation law.

But some of those Democrat-backed efforts were stopped in 2011 by Republican former Gov. Brian Sandoval, who vetoed the bill and opted to instead create a task force and vetoed another bill that would have allowed the labor commissioner to impose hefty fines on employers that misclassified workers.

Other efforts to curb misclassification

The task force will be operating in an uncertain national climate for independent contractors, one of the groups most significantly affected by misclassification.

The Trump administration imposed a rule, set take effect May 7, that would have narrowed the conditions for classifying a worker as an employee, potentially allowing for more workers to be misclassified. A study from the Economic Policy Institute, a nonprofit research group described as left-leaning and pro-union, estimated that the ruling would cost workers more than $3 billion annually.

On March 11, the Department of Labor announced proposals to rescind two rulings from the Trump administration, including the ruling that would have revised the way to define an employee in early May.

The proposal to rescind the Trump administration’s rulings was lauded by the chair of the Education and Labor Committee, Rep. Robert Scott (D-VA), who wrote that it defends local governments and businesses that are disadvantaged “by misclassification schemes of competing companies.”

Prior said that there are a few steps employers can take to avoid misclassification. Apart from government audits, employers can protect themselves through self-evaluations.

“While statistically the government audits may miss an employer this year or next, there is a good chance that a Nevada employer will be audited or sued for misclassification issues eventually — especially when an employer is utilizing a significant number of independent contractors,” Prior wrote in an email in late March.

The employee misclassification task force also faces a growingly complex issue of defining rideshare workers, as companies such as Uber and Lyft push to classify more workers as independent contractors.

In November, California voters passed a ballot measure to define rideshare and delivery drivers as independent contractors, meaning companies such as Uber and Lyft do not have to classify their workers as employees. Critics have argued the measure allows for those companies to side step the “ABC test,” which is used to classify all workers in California under a law passed in 2019.

However, Uber and Lyft are facing resistance in other parts of the country, such as Massachusetts, where the state’s attorney general is seeking to define workers for those companies as employees under the state’s wage and hour laws.

One bill in the Legislature could also affect the work being done by the task force.

The bill sponsored by Assemblywoman Maggie Carlton (D-Las Vegas), AB227, is aimed at preventing off-the-books work in the construction industry by restricting who can perform work that requires a contractor’s license. Though the bill passed in the Assembly in early April, the measure has received significant opposition from private employment agencies that help provide labor to licensed contractors.

With rules and regulations that change often, understanding which workers in Nevada are classified as independent contractors will be an important first step for the task force, Chambers said.

The path forward for the group is still fuzzy though, especially with the state’s limited resources to handle misclassification. But Chambers noted that the task force will look to understand “where the policies and maybe some of the laws, and maybe some of the enforcement techniques maybe need to be improved within the agencies.”