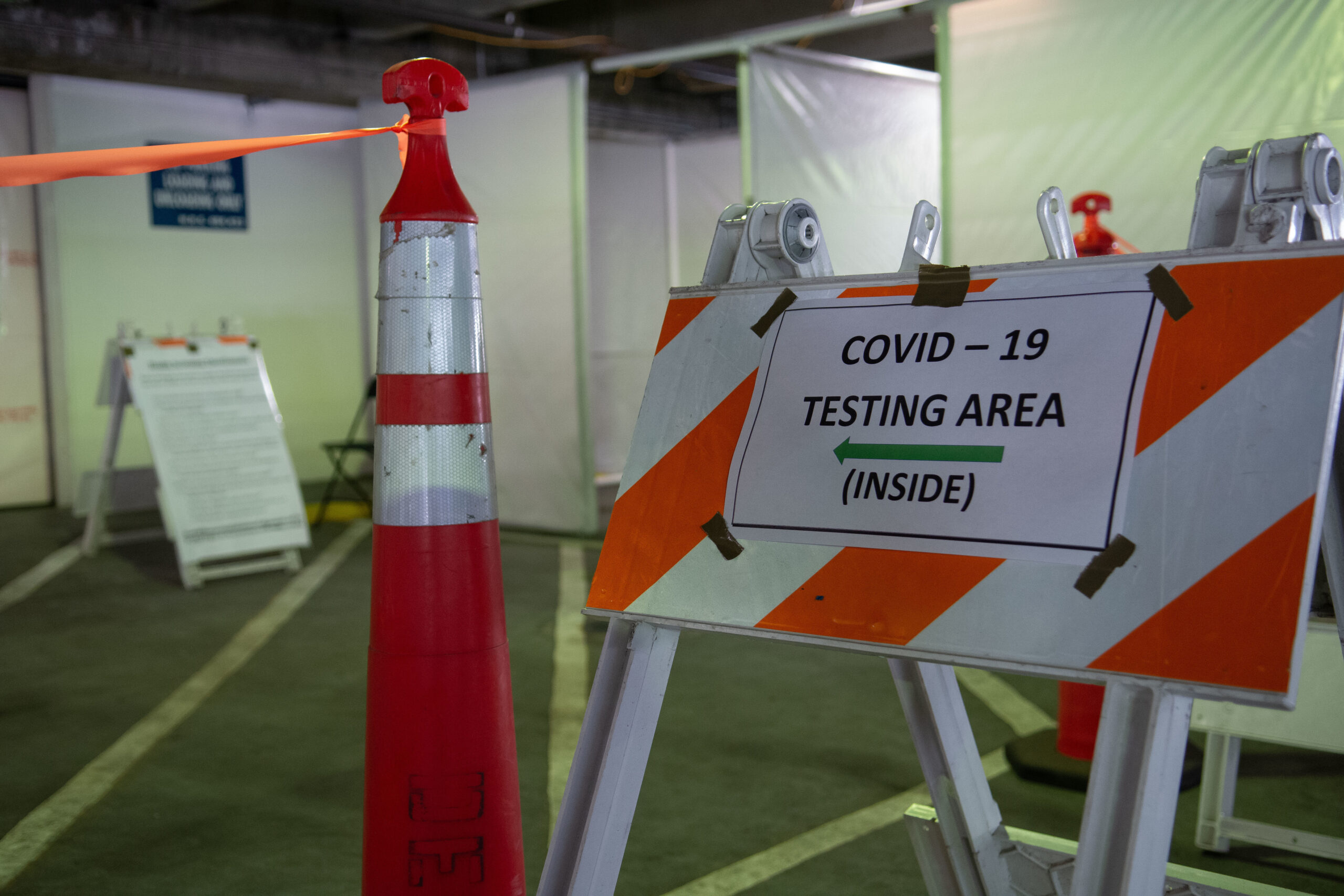 Nevada became the first state to impose a $55 monthly surcharge for state workers who have not received a COVID-19 vaccine following approval by the state Public Employees Benefit Program (PEBP) during a board meeting Thursday morning.

The newly approved policy requires all state workers and dependents without proof of vaccination or a legitimate religious or health exemption by July 1, 2022 to pay a $55 monthly premium, including $175 per dependent over the age of 18 covered by the health plan.

Laura Rich, PEBP executive officer, tied the move to the fact that CARES Act funding for COVID testing runs dry Dec. 17, leaving the state searching for an alternative funding source to cover an average $2,700 per week for COVID testing.

“We’re looking at about $18 million that we are anticipating from expenditures related to this, and this is not including medical costs,” she said. “This is just including the testing.”

Rich arrived at the $18 million amount by taking into account the costs for tests, which range from $40 to $80, as well as the number of unvaccinated state and Nevada System of Higher Education employees, which is an estimated 5,000 and 1,250, respectively. A 5 percent surcharge exemption rate for state employees and 100 percent rate for NSHE employees and the surcharge for dependents, assuming an 80 percent vaccination rate, were also considered.

DuAne Young, policy director for Gov. Steve Sisolak’s office, said the burden of the continued cost of weekly testing should be shouldered by those who refuse to receive a vaccine.

“It’s simple. It’s not punishment, it’s not a retaliation,” Young said. “We have to find our way out of this and the way out of it is either be vaccinated and if you’re not vaccinated, be testing and have a way to understand that you will be surcharged to cover that testing at a cheaper cost than the state taking child care resources, housing resources, food security resources to pay for that testing.”

She cited a report showing that six of the 20 highest cost pending claims were related to COVID diagnosis, making it a major cost-driver in terms of treatment and hospitalization.

“If we do not collect additional revenue to offset the costs associated with COVID hospitalizations and testing, then those costs will have to be absorbed by the plan in the form of either higher premiums for all members or reduced benefits,” Rich said.

Rich said a recent survey indicated that about 70 percent of unvaccinated employees would be motivated to receive a vaccine if surcharges for testing came into play. She referenced Delta Airlines, which implemented a surcharge as a way to recoup COVID-related costs. In October, Delta Airlines CEO Ed Bastian said the company reached a 90 percent vaccination rate ahead of imposing a $200 monthly insurance surcharge on unvaccinated workers.

The Department of Labor recently released new guidance confirming the legality of the surcharges related to COVID, she added.

All PEBP Board members, except for Tom Verducci and Jim Barnes, voted in favor of the move.

During the public comment period, some Nevadans expressed concern regarding the surcharge for unvaccinated state workers, while others testified in a neutral stance despite saying they generally supported boosting vaccination rates.

Rosalie Garcia called in opposition to the proposal and cited concerns about the surcharges being discriminatory, targeting only certain members of PEBP.

“Also, why only charge nonvaccinated?” she said. “I know members that choose to test because they are fearful of being asymptomatic and possibly spreading to family or friends. In addition, many people are now traveling and testing is required. Will vaccinated members including retirees be surcharged for testing?”

Priscilla Maloney, a representative for the American Federation of State, County and Municipal Employees (AFSCME) Nevada chapter for retirees, testified in neutral but said the international organization has “supported that all Americans get vaccinated as soon as possible since the beginning … of the pandemic.”

Terri Laird, the executive director of the Retired Public Employees of Nevada, also testified in neutral, but said he is concerned about the cost of the surcharge and how it may burden public employees already dealing with escalating healthcare costs, especially in entry-level positions earning lower salaries than many of their counterparts.

“Ultimately, the surcharge is limited to 30 percent of the total cost of the employee-only coverage,” she said.

Rich called it “a very fluid situation,” adding that PEBP can make adjustments to the surcharge as it receives more accurate data about costs and expenditures.

Some of the factors that may warrant adjustments in the future include the legality of federal and state testing mandates, which are being contested in court; how many employees will continue to need weekly testing, especially with remote working; changes in vaccination rates; and how many unvaccinated Nevada System of Higher Education Employees will be terminated following a Dec. 31 deadline to receive the COVID shot.

Board member Michelle Kelly asked why the surcharge wouldn’t apply to all members, including those who have been vaccinated and dependents under 18. Rich said the board can change that in the future if desired.

Board member Verducci said he was concerned about the surcharges from the perspective of risk management, liability and unintended consequences.

“Some employees have been hit very hard with no [pay] raises over a number of years,” he said. “I think of the soul out in Lovelock working for the Department of Corrections paying $800 a month in a trailer with three kids. I have a hard time with this one, I really do.”