States are funding a plan to keep Colorado River water in Lake Mead. What will it do? 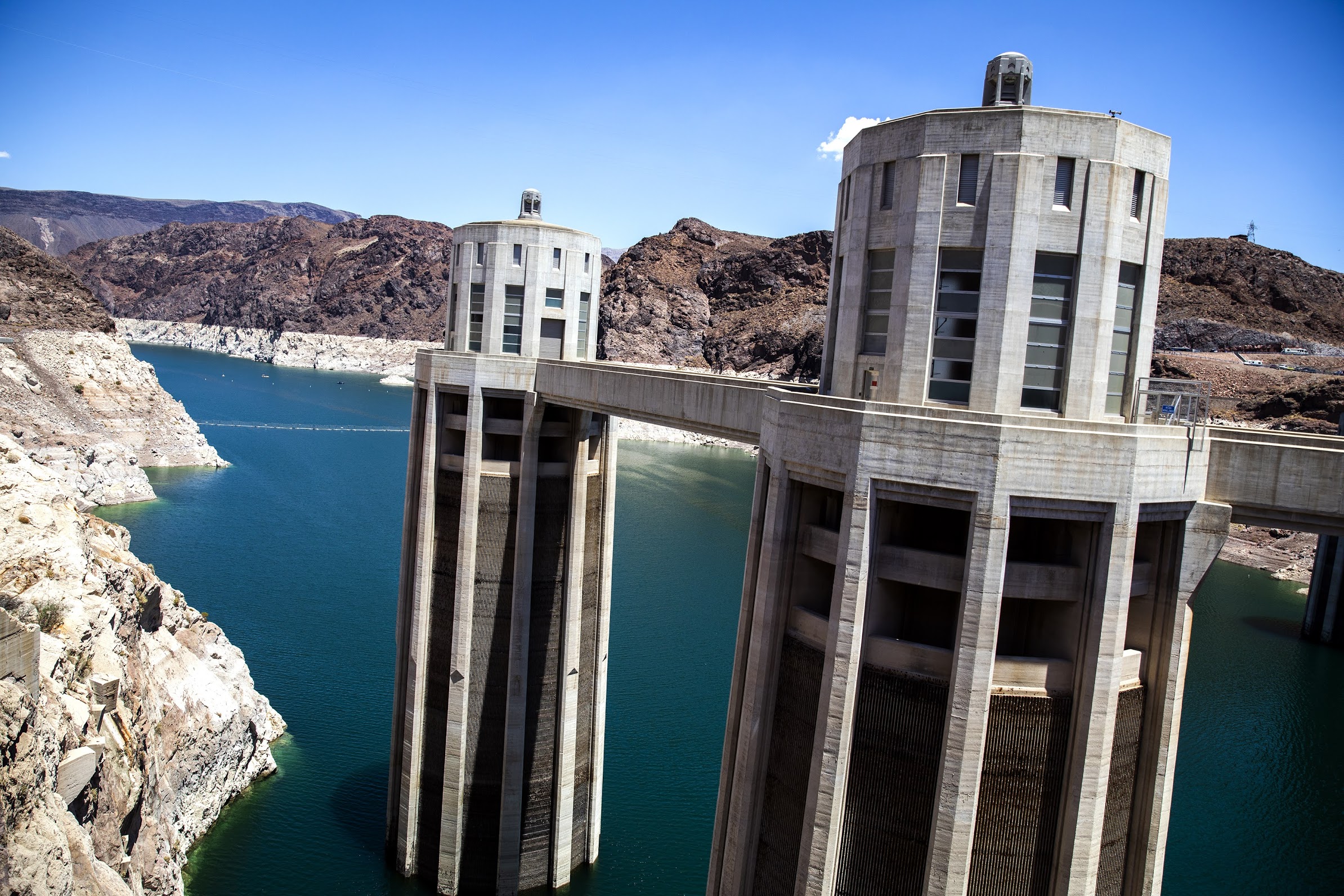 Last month, the Southern Nevada Water Authority’s governing board authorized up to $20 million in funding for a plan to keep more water in Lake Mead. Over the next few days and weeks, other boards, across Arizona and California, will be weighing similar line items.

Arizona, California, Nevada and Mexico all rely on Colorado River water stored in Lake Mead, which dropped to a historic-low level earlier this year amid continued overuse and prolonged drought conditions. The states, which collectively comprise the Lower Colorado River Basin, already have a Drought Contingency Plan (DCP) in place to keep more water in the reservoir.

But it might not be enough to keep Lake Mead stable.

Since August, top water officials in each state have been negotiating further reductions in a new plan, known as the 500+ Plan. As with many things on the Colorado River, the plan is voluntary — sort of. In fact, a requirement in the DCP gave rise to the 500+ Plan.

When the federal government released Colorado River modeling in August, hydrologic forecasts were so severe that they triggered a first-ever shortage declaration for a watershed that serves about 40 million people in the West. The historic (and expected) declaration was widely reported both nationally and even internationally. But the hydrologic modeling was so serious that it triggered something else, a clause in the DCP that required the states to consult and to develop measures to prevent the reservoir from falling to an extremely low elevation.

This is known as 1,030’ Consultation, a reference to Lake Mead’s elevation. Lake Mead sits currently at about 1,065 feet above sea level, nearly 150 feet lower than when it is full. If the 24-month modeling shows the reservoir dropping below 1,030 feet, then consultation begins.

So the three Lower Basin states, with the federal government, started negotiating.

Over time, they landed on a number: 500,000 acre-feet. To put that in context, an acre-foot is the amount of water that can fill an acre, or roughly one football field, to a depth of one foot.

The 500+ Plan, as it’s being called, is based on modeling. That modeling suggests that leaving 500,000 acre-feet of water in Lake Mead, starting next year, could reduce 90 percent of the risks that the lake falls below 1,020 feet through 2026, according to meeting materials expected to be discussed today in Arizona. That would allow time for long-term, interim negotiations to proceed.

Tom Buschatzke, who leads the Arizona Department of Water Resources, said the states could put together the plan in such a short time indicates “the serious nature that everyone is taking the situation with the Colorado River, and specifically, the declining levels of Lake Mead.”

Although the plan is not a finished document, the contours of the targets (outlined in a presentation that Buschatzke gave on Monday) are starting to take shape for next year:

According to Buschatzke’s presentation, the 2023 volumes are still under discussion, and while the 500+ Plan lasts for two years, the states expect to make more commitments through 2026.

So where exactly would all of this water be coming from? That’s still being negotiated with particular water users. It is a detail-oriented process likely to involve multiple agreements and contracts. From a high level, there are a few ways to achieve the targets.

States currently bank unused water in Lake Mead in what are known as Intentionally Created Surplus (ICS) accounts. Water users could deposit more Colorado River water in those accounts while reducing planned releases from the accounts. Both actions would result in storing more water in Lake Mead — with the goal of increasing the reservoir’s elevation in the short-term.

“If water users were planning on withdrawing water from their ICS accounts and instead committed to leaving that water in Lake Mead, that's just as good as using less,” John Entsminger, general manager of the Southern Nevada Water Authority, explained during a recent interview.

Another portion of the water could come from compensating water users, particularly irrigators who make up most of the watershed’s consumption, to temporarily reduce their water use.

For the past two months, Arizona officials have been meeting with water users across the state to gather input on the plan and assess interest in participating, according to a briefing posted ahead of a Central Arizona Project meeting today. Several water users in Arizona, according to the report, expressed interest in participating in a compensated program to reduce water use.

At the meeting, the Central Arizona Project, which manages a Colorado River diversion, plans to consider sending out letters of intent to Arizona water users. Under the deal, water users in 2022 would be compensated at $261.60 per acre-feet for reducing the water they consume.

The cost of compensation would be split among states. A memorandum of understanding contemplates $200 million commitment over two years, with half of the funding coming from the U.S. government:

John Fleck, a water researcher at the University of New Mexico and a Colorado River expert, said it’s significant that the states were able to come up with the tools and funding for the plan.

“​​It suggests to me that the states in the Lower Basin have done the work necessary to build the tools and now they are having to use them more than they wanted to,” Fleck said on Tuesday.

Buschatzke struck a similar tone. The Colorado River is governed by a long list of compacts, legislation, guidelines and agreements — all collectively known as the “Law of the River.” He said the ability to come up with an agreement so quickly shows there are structures and plans in place to deal with serious hydrological conditions and the risks facing the basin.

As significant as the 500+ Plan is, it is a temporary fix to a persistent problem: A Colorado River that is overallocated, where there are more rights to use water than there is water to go around, a problem that is only worsening as the climate changes. The three Lower Basin states, along with the four states in the Upper Basin — Colorado, New Mexico, Utah and Wyoming — are negotiating new operating guidelines for the river after a current set of rules expire in 2026.

Elizabeth Koebele, an assistant professor at UNR who studies the Colorado River and water governance, described the plan as a “stopgap measure” to get to the next set of guidelines.

“The collaboration behind this agreement is really reflective of the trend toward system-level thinking by high-level water managers,” Koebele said, noting participation from all three states.

Geothermal project approved: The Bureau of Land Management approved a geothermal project in Churchill County last week, according to ThinkGeoEnergy’s Carlo Cariaga. The geothermal project, known as Dixie Meadows and developed by Ormat, includes two plants capable of producing as much as 30 megawatts of power each. The approval of the project includes monitoring frameworks for sensitive species, including springsnails and the Dixie Valley Toad, a rare species only first described by biologists in 2017. Patrick Donnelly, state director at the Center for Biological Diversity, said that the project “poses an existential threat to the Dixie Valley toad and no amount of mitigation can change that.” His group plans to appeal the project.

Snowpack in the Sierra Nevada: Kurtis Alexander, with the San Francisco Chronicle, writes about a new study forecasting scenarios in which little snowpack falls on the Sierra. Such a situation could have a serious effect on Nevada, as much of Western Nevada, including Reno, is reliant on runoff from Sierra snowpack.

“Scientists and water managers say that at some point California’s snowpack could simply disappear,” he writes. “This would leave the state without the crucial spring and summer melt-off that fills rivers and streams, nourishes plants and animals, and provides a huge chunk of the water supply. It would also be devastating for the ski industry.”

Put up a parking lot — with solar: Why don’t we see more solar on developed land? Why is it always cited in wide open spaces? These are questions that I get often. YaleEnvironment360’s Richard Conniff wrote a piece last week looking at some of these questions. It details the costs, challenges and many cascading benefits of putting up solar where development already exists.

Old toxic cable removal: “AT&T’s Pac Bell subsidiary has settled a lawsuit conservationists filed under a U.S. law more typically cited in Superfund cases, agreeing to spend up to $1.5 million to remove 8 miles (12.9 kilometers) of toxic telephone cables that were abandoned on the bottom of Lake Tahoe decades ago,” The Associated Press’ Scott Sonner writes.

Mapping the Great Salt Lake: The Salt Lake Tribune and AccuWeather are updating their maps to reflect the drying Great Salt Lake. The Tribune’s Brian Maffly has more.

Investors are buying up farmland in Arizona: A must-read article by the Arizona Republic’s Ian James and Geoff Hing looking at investment in agricultural water and urban transfers.

Groups push for federal environmental reviews to consider historic trauma: “Green groups this month urged the White House to include analysis of the historic trauma inflicted on Indigenous communities and other marginalized groups by mining in its rewrite of the National Environmental Policy Act’s review process,” E&E News’ Jael Holzman writes. The article cites Thacker Pass, a planned lithium mine in Nevada, and the Resolution copper mine in Arizona.

“The announcement of a range-wide evaluation of habitat plans for greater sage grouse came after the Trump administration tried to scale back conservation efforts adopted when Biden was vice president in 2015,” he writes.

The White House released an oil leasing reform plan, but no ban (The Associated Press)