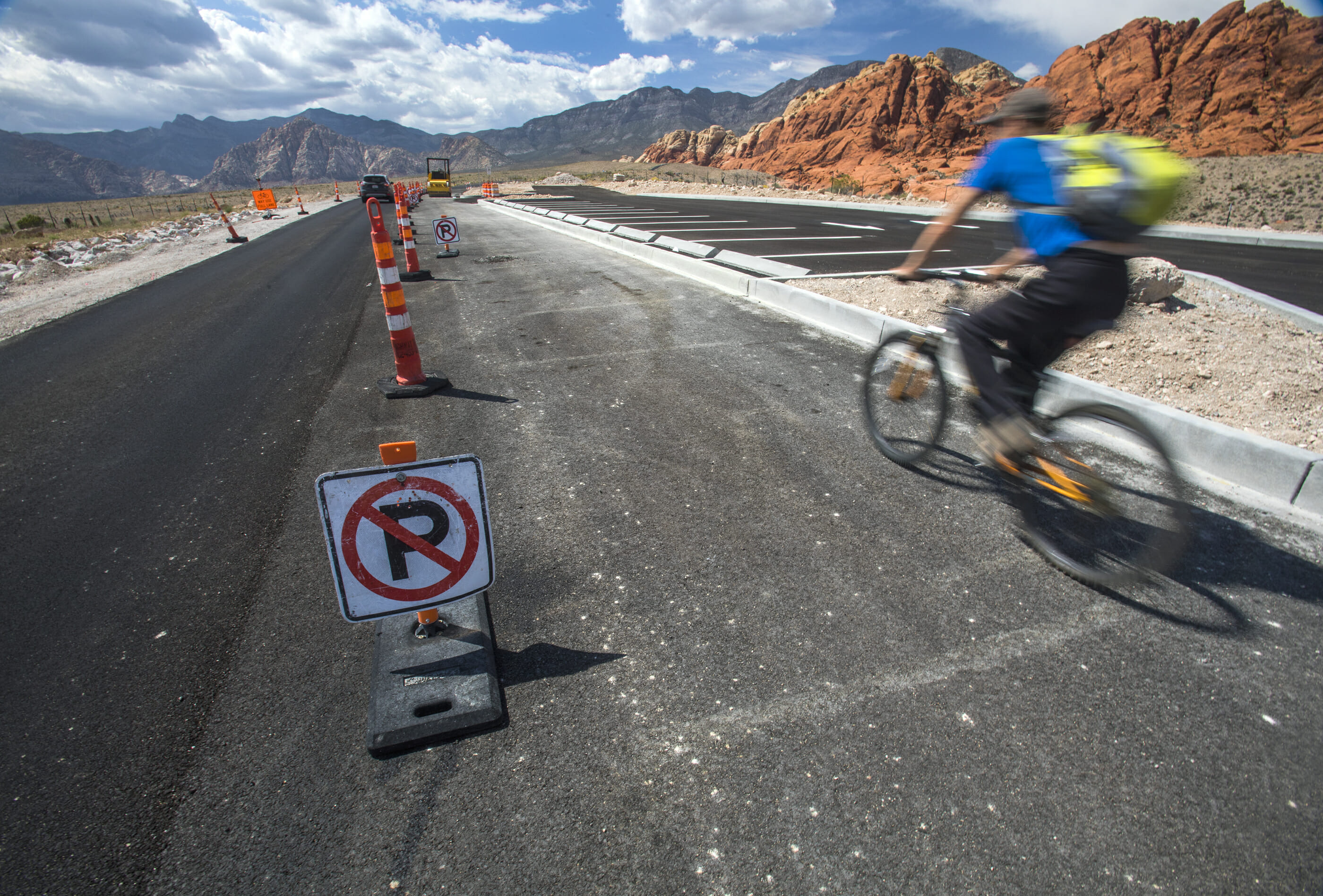 It’s warming and getting warmer. And if you’re one of the 2.2 million Nevadans living in Las Vegas or Reno, it’s happening quicker than in many other cities across the United States.

Not only is the average temperature increasing in Nevada, cities like Las Vegas are expected to experience a significant increase in the frequency of extreme heat, according to a peer-reviewed study and accompanying report released Tuesday. The research, published by Environmental Research Communications, uses two climate scenarios to project what the Heat Index — a measure used to determine what the weather “feels like” — might look like as the planet warms.

By the mid-century (2036-2065), the report forecast that Las Vegas could experience a more than tenfold increase in the number of days where weather feels like it is above 105 degrees. That’s a jump from a historic average of 3 days per year to 31 days per year. Under our current climate trajectory, that number could double again to about 60 days by the late century (2070-2099).

“What we are projecting are significant changes in the daily life,” Rachel Licker, a co-author and a senior climate scientist for the Union of Concerned Scientists, said in an interview on Monday.

Used by the National Weather Service, the Heat Index accounts for humidity to give a more full representation of what the weather “feels like,” versus what the thermometer says. In the arid Southwest with low humidity, the Heat Index can actually be lower than the surface temperature.

Even so, Las Vegas has historically experienced about 99 days per year with a Heat Index above 90 degrees. If climate change continues unabated, the research predicted that that number could increase to an average of 133 days by mid-century and about 150 by the end of the century. (A tool, set up by the Union of Concerned Scientists, allows you to search the climate projections by city and county).

The report also predicted Las Vegas would experience two days by the mid-century for which there is no analog with the current Heat Index. That number would hit seven days by the late century.

Many reports, including the Fourth National Climate Assessment, have warned that increased heat could have negative effects on public health, the Southwest economy and water supplies.

Other work has correlated the Heat Index with heat-related mortality. A study published earlier this year used the Heat Index as one data set to find a relationship between extreme heat and heat-related deaths in Clark County. In the report, scientists from the Desert Research Institute, Nevada State College and Universidad de Las Americas Puebla found that about three-quarters of the 437 heat-related deaths between 2007 and 2016 were in residents over 50 years old with a pre-existing heart condition. The second most vulnerable population were younger Nevadans between 20 and 50 years old, and in many cases, the fatalities involved alcohol or drugs.

The impact of heat, one of the top causes of weather-related deaths in the United States, can be difficult to quantify when it comes to morbidity, Licker noted. Even when it is not reported in a coroner's report, heat can play a role in stressing respiratory issues or cardiovascular diseases.

A greater frequency of extreme heat also could affect the economy. It could limit outdoor work, from surveying to construction, or make it more strenuous. It could affect tourism. And it could raise energy costs for residents and businesses as demand for air conditioning increases.

Despite the dire predictions, researchers stress that there is still action that can be taken to avoid the worst-case scenario, the results that the report warns of. Reducing greenhouse gas emissions could temper the warming trend over the course of the century, the research found. There would still be more days of extreme heat in Las Vegas and Reno, but not as many.

Diffenbaugh, who was not involved in writing the report, said there are also opportunities for cities to manage exposure to increased heat. Research, he said, has underscored the importance of social networks and early warning in responding to heat-related events. City planners can also look to build infrastructure that addresses climate risk, rather than relying on historical planning.

Poor and marginalized populations are often the most affected by climate change, he noted, stressing the importance of things, such as access to air conditioning on extreme heat days.

“Building a resilient future will require addressing that disparity,” he said.

The report, using climate models as its main input, mainly focuses on human-caused global warming. But humans are contributing to heat increases in other ways. Land use can play a role in driving hotter temperatures in cities, what is known as the “urban heat island effect.”

Andy Maggi, executive director of the Nevada Conservation League, said the research is clear that Nevada is already warming. But worsening projections, he said, highlight the need for more action, including the deployment of renewables and construction of energy efficient buildings.