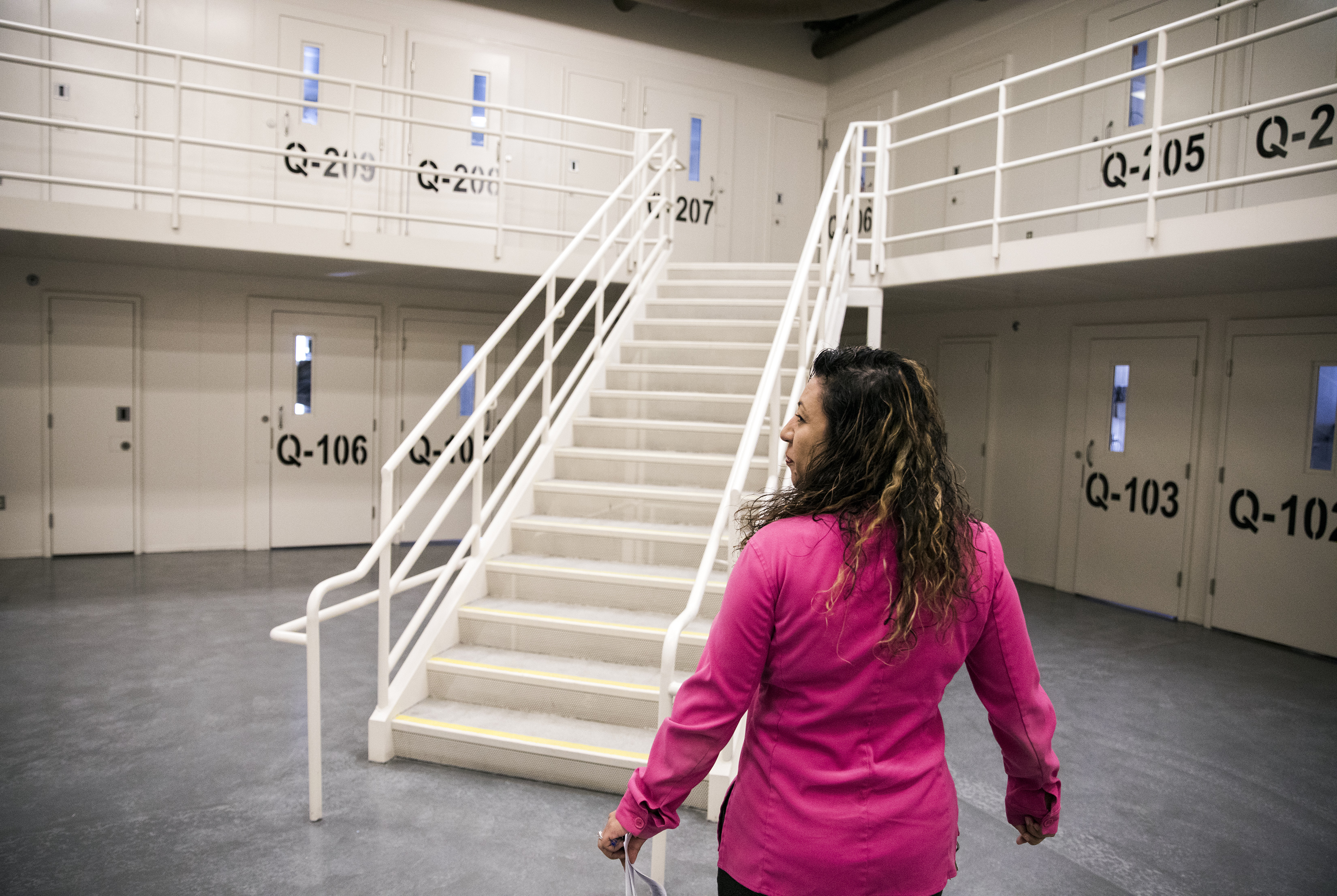 Advocates for inmates say the Nevada Department of Corrections is not doing enough to prevent sexual abuse in its prisons after a chaplain was fired and charged with assault of a female prisoner.

The American Civil Liberties Union of Nevada filed a lawsuit in Clark County District Court against NDOC on July 29 for failing to prevent staff from carrying out further acts of cruel and unusual punishment. It comes after Donald Burse, 55, was accused of sexually assaulting and seeking sexual favors from an inmate at Florence McClure Women’s Correctional Center in Las Vegas in exchange for supplying contraband.

“What he has done, Donald Burse, by sexually assaulting [a prisoner], and then as well as NDOC’s actions — they not only violate Nevada law, but also the U.S. Constitution,” said ACLU of Nevada attorney Sadmira Ramic.

In the civil rights lawsuit against NDOC, the Nevada ACLU asks for “injunctive relief,” which means lawyers are challenging the prison in court to ensure that the situation does not repeat itself. The organization is asking NDOC to develop and implement the following policies, procedures, and practices to ensure that inmates are protected from sexual abuse and sexual harassment:

Burse has maintained his innocence and his defense attorney, Sean Sullivan, told The Las Vegas Review Journal that his client is a respected member of the community with an upstanding reputation. So far, Sullivan has not responded to inquiries from The Nevada Independent about the case.

When asked about new policy development at NDOC following the sexual assault case, prison spokesman William Quenga told The Nevada Independent the agency will not comment on the ongoing case.

There is no hearing scheduled at this time. Once all defendants are served with complaints, a hearing will be scheduled by a judge.

Accusations of cruel and unusual punishment

The chaplain, who is the leader of religious programming and works with volunteer ministers at one or more prisons, is assigned by the prison system’s deputy director to carry out administrative and operational tasks for religious services. Burse was paid $53,000 a year by the state to provide faith support to inmates and staff at NDOC in accordance with constitutional guarantees that incarcerated people have the right to continue their religious practices.

In that capacity, an investigator said that Burse called Dawnyell Flynn into the office at the prison chapel to discuss sexual favors in exchange for spice (synthetic marijuana), alcohol and makeup. According to his lawyer’s statement to the Las Vegas Review-Journal, the chaplain maintains his innocence, but the same news story reports that an investigator told authorities that during two separate conversations in the chapel office in the summer of 2020, Burse touched Flynn sexually under her shirt and in her pants, and on one occasion, performed a sex act on her on his desk.

The lawsuit alleges that Burse sexually assaulted Flynn twice during the summer of 2020. When Burse failed to deliver contraband to Flynn, who is serving a life sentence for a 2013 murder conviction, she filed a grievance with NDOC in August 2020 detailing the sex abuse, according to the complaint.

“Sometimes when people think rape and sexual assault, they're thinking of this [brutal] force behind it,” Ramic said. “Someone grabbing somebody, using force and forcefully raping them. But in terms of the prison context, this also does include sex acts by prison staff if they use threats of discipline, or as in this case, they promise certain contraband in exchange for sexual acts.”

Legally, prisoners cannot consent to sex with other inmates, and especially not with correctional employees, who have a tremendous amount of control over prisoners day in and day out. Ramic said Burse’s actions amounted to cruel and unusual punishment and violated the Eighth Amendment of the Constitution, which she argues guarantees not just medical care and humane physical conditions in a prison facility but also protection from rape and abuse.

“[The Eighth Amendment] also holds prisons accountable when their staff takes advantage of or abuses individuals that are in custody,” she said.

While the chaplain was fired, the ACLU pursued the lawsuit to create policy changes at NDOC that could prevent future cases of abuse.

Ramic said people behind bars are extremely vulnerable because of their circumstances and, as a result, are highly susceptible to abuse.

“They are a vulnerable population, and so the fact that these staff members, [correctional officers], chaplains, they control every aspect of their life … they’re relying on them,” Ramic said. “And so they're particularly vulnerable and our law recognizes that.”

She said considering the freedom the chaplain had to visit women in jail, at their dorms, or in his private office, which did not have surveillance, NDOC should have presented new policies and support immediately after the inmate first reported the alleged abuse.

The ACLU lawsuit against NDOC and Donald BurseDownload
SHARE