Supreme Court hopeful promises to move the court to the right 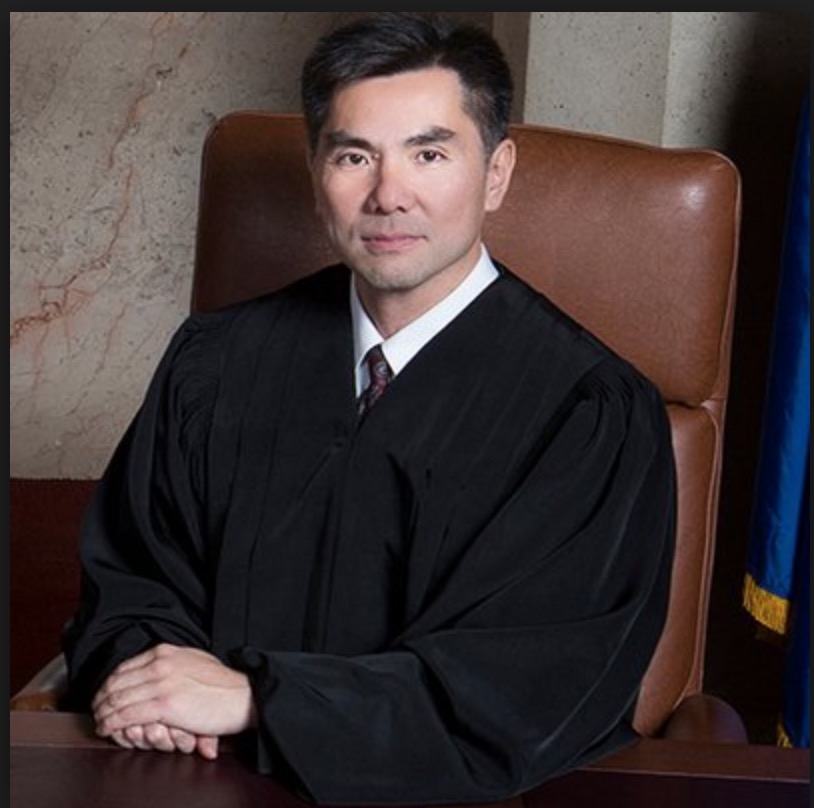 A Supreme Court candidate with a history of Democratic connections who switched his party affiliation before filing and advocates for school choice on his campaign website is now portraying his race as a chance to tilt the court toward a more conservative bent.

Appeals Court Judge Jerry Tao, who has been endorsed by Attorney General Adam Laxalt and whose campaign is being run by Laxalt’s team, has literature circulating (posted below) that asks: “Is the Court going to drift even further to the left, or can we change the direction? Do we want a Court that gets even more liberal, or can we make it one that follows the Constitution and believes in individual liberty?”

This is stunning for a judicial race, much less one for the state’s high court, and even more so for a candidate who suddenly became a nonpartisan right before filing against District Court Judge Elissa Cadish, a Democrat.

But it fits a pattern that is developing around Tao’s candidacy, and which is clearly being embraced by Team Laxalt: attempting to create an unprecedented partisan divide regarding the state Supreme Court. (The Review-Journal’s Jane Ann Morrison reported a conversation in which Tao bragged that he would be the GOP swing vote on the high court.)

“The U.S. Chamber of Commerce has ranked the Nevada Judiciary as one of the most liberal, anti-business courts in the nation, and it’s gotten more liberal over time,” the Tao piece states, incredibly. “There is time to change the direction of the Court – but only if we act quickly.”

This is not exactly true. The ranking was done on the state’s lawsuit climate.

So let’s recap: Tao, who once worked for Harry Reid and has been a Democrat throughout his judicial career, became a nonpartisan right before filing, is being embraced by the top of the GOP ticket and is spouting partisan Republican rhetoric about changing the makeup of supposedly liberal courts, school choice and the state’s business environment.

Tao did not immediately return a request for comment.

To his credit, I received a couple of lengthy responses from Tao, who defended his advocacy for school choice by saying the high court ruled correctly on Education Savings Accounts "and, having read their opinion, I believe they ruled correctly in that case."

"As I have campaigned across Nevada, voters have asked me time and again where I stand on this particular issue," he added. "In fact, voters often ask my position on a number of issues, and many of those questions are ones I cannot answer because they relate to matters that may someday come before the court. But the ESA issue has been settled by our Supreme Court, I believe rightfully so, and I have no reason to hide my view on that case from the voters."

This is clever sophistry. First, the court settled only one aspect and other lawsuits could be filed if lawmakers fund ESAs. Second, it's not just an issue of what might come before the court, it's that judicial candidates should be running on qualifications and skill, not ideology.

Then he added, again cleverly: "Commenting on a past decision seems to me less controversial than taking a public position in writing on, say, the scope of the Second Amendment while that exact issue was pending before the US Supreme Court, something that you may recall another candidate in this race did a few years ago."

That's a reference to Cadish, who was prevented from a seat on the federal bench because Sen. Dean Heller blocked her because of an answer on a candidate questionnaire.

Tao defended his use of the chamber report by saying he used more polite language than was actually used. Of course, the question is why he would cite a report by a conservative group attacking Nevada's legal climate in the first place if not to signal to voters that he is the conservative -- at least now -- in the race.

And on his party switch, Tao's cleverness really showed: "Ultimately, my party affiliation is publicly available to the voters of Nevada, and I do not believe it is relevant to my candidacy. I purposefully changed my party affiliation from Democrat to Non-Partisan prior to filing for the Supreme Court, and frankly, I regret that I didn’t do it years ago when I was first appointed to the District Court by Governor Brian Sandoval. I think every judge should do that. Nobody asked me to do it, and I didn’t ask for anyone’s opinion before doing it. If anything, not affiliating with a political party may make it more difficult for me to win an election, but that’s a risk I’m willing to accept for doing what I think is right."

Right, eh? As in righteous or...right-wing side of the political aisle.

This is all so obvious, despite Tao's undeniable rhetorical skills. He was a Democrat for all of those years, then suddenly realized it was wrong when he became a de facto Republican to be a counter to Cadish and pose as the conservative alternative and get Team Laxalt on board? Sure.

Oh, in an irrelevant side note, Tao showed up last Thursday at a fundraiser for former GOP Rep. Cresent Hardy at the law firm where Laxalt sidekick Michael Roberson, who also has endorsed Tao, works and where former conservative hero Jason Chaffetz, the ex-congressman, was speaking.

Yes, Judge Tao is a nonpartisan, all right, and just doing what's...right.