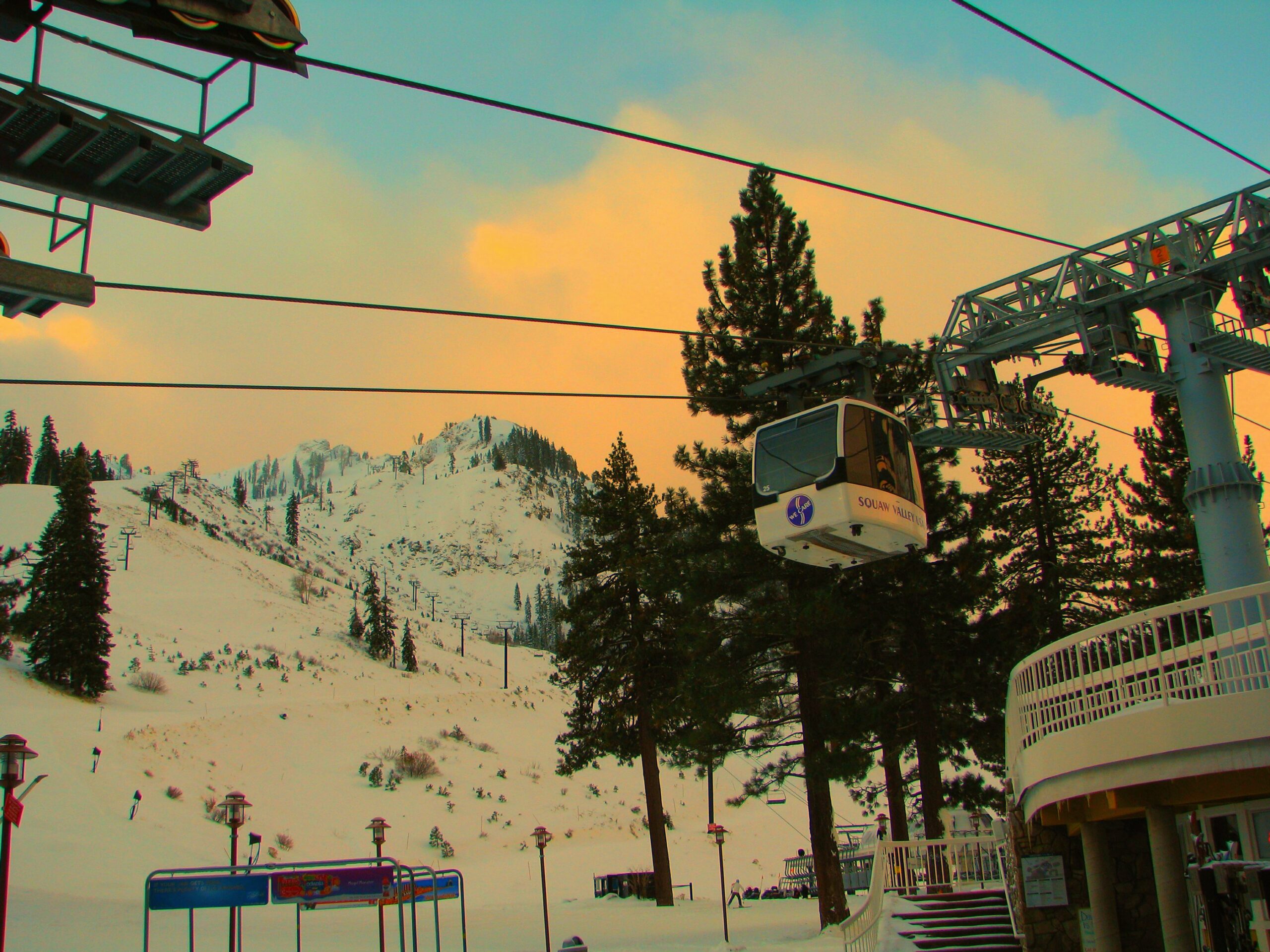 The site of the 1960 Olympic Winter Games will reintroduce itself with a new name following the 2021 ski season, leaders of Squaw Valley Alpine Meadows said on Tuesday.

The decision to drop the term “squaw” comes after years of advocacy from the Washoe Tribe and other Native American leaders who say it is derogatory and offensive to Native women and carries a racist and sexually explicit connotation. The popular ski resort is located on the Washoe Tribe’s ancestral homelands and has yet to announce what the new name will be.

"After extensive research into the etymology and history of the term 'squaw,' both generally and specifically with respect to Squaw Valley, outreach to Native American groups, including the local Washoe Tribe, and outreach to the local and extended community, company leadership has decided it is time to drop the derogatory and offensive term “squaw” from the destination’s name," states the resort's press release.

“The Washoe People have lived in the area for thousands of years; we have great reverence for our ancestors, history and lands,” Smokey and Vasquez said in a press release. “We are very pleased with this decision; today is a day that many have worked towards for decades. The Washoe Tribal Council recognizes the significance of the name change and on behalf of the Washoe people expresses its great appreciation for this positive step forward.”

Not only do Native American leaders consider the term derogatory, but also misplaced because it does not come from the local tribal communities’ languages but rather from the Eastern Algonquin language native to Canada. White colonial settlers are responsible for spreading the word across the U.S., including to far-flung Maine.

“Words are massively powerful and since contact, many geographic locations have embedded discrimination,” Montooth, a member of the Walker River Paiute Nation, wrote in an email to The Nevada Independent. “Not only does this important decision remove despicable, derogatory vernacular, it will prompt thoughtful reflection for the original peoples of this land, specifically, the Washshushe.”

The change is a natural evolution, she added, creating space for greater Indigenous representation and consultation with tribal nations.

Helen Fillmore is an enrolled member of the Washoe Tribe and a research associate at the University of Nevada, Reno, with a focused research topic of enhancing the resiliency of Native American water and land resources. She said the resort’s decision is overdue.

“In many ways, this is long overdue, but it's never too late to create positive changes in our communities,” Fillmore said, adding that she’s grateful for the decades-long efforts of many local tribal leaders to have the term dropped from the resort's name.

“This laid the groundwork to make it easier for the resort to change their name amidst the national pressure to address racism in this country that was ignited by the murder of George Floyd in May,” Fillmore said.

Montooth and Cohen echoed the statement regarding the timing of the decision in connection to the social unrest displayed over the summer across the country.

“The current awakening in our nation which has led to civil discourse about equality is providing teachable moments, which is exactly what dropping this offensive, ignorant name does,” Montooth said.

“With the momentum of recognition and accountability we are seeing around the country, we have reached the conclusion that now is the right time to acknowledge a change needs to happen,” Squaw Valley Alpine Meadows President and Chief Operating Officer Ron Cohen said.

The Tahoe ski resort was named 71 years ago, in 1949, and Cohen acknowledged an “emotional attachment” to the name and branding of the company amid the shift.

“While we love our local history and the memories we all associate with this place as it has been named for so long, we are confronted with the overwhelming evidence that the term ‘squaw’ is considered offensive,” he said. “As much as we cherish the memories we associate with our resort name, we must accept that these emotional attachments do not justify our continuing use of a word that is widely accepted to be a racist and sexist slur.”

The resort is working to find a new name that reflects the company’s “core values, storied past, and respect for all those who have enjoyed this land,” and will not introduce an interim name, Cohen added. The region is formally known as Olympic Valley, which has also been suggested as a new name for the company.

Despite the resort’s decision to take tribal communities’ input into account, other local businesses in the region still use the term. To that end, the resort defers the responsibility to individual business owners, acknowledging it cannot impose its decision on others, but Cohen said he hopes “our leadership on the issue convinces others to change too.”

Washoe Tribal Historic Preservation Officer Darrel Cruz and other tribal leaders have worked with resort management on the effort and will continue to do so as they work to choose a new name, according to the tribe. Additionally, Cruz will also work with the Squaw Valley Public Service District and Placer County to rename other public places and features in Olympic Valley.

The local legendary ski resort promised that it will remain the same place the community has known and loved for decades, despite a new name.

“While the resort name will change, this special place will always be the location of the 1960 Winter Olympics, the home of our beloved KT-22 chairlift, the place where extreme skiing pioneers changed the sport forever, and the treasured mountain home for so many people who revere this amazing ski resort,” Cohen said.