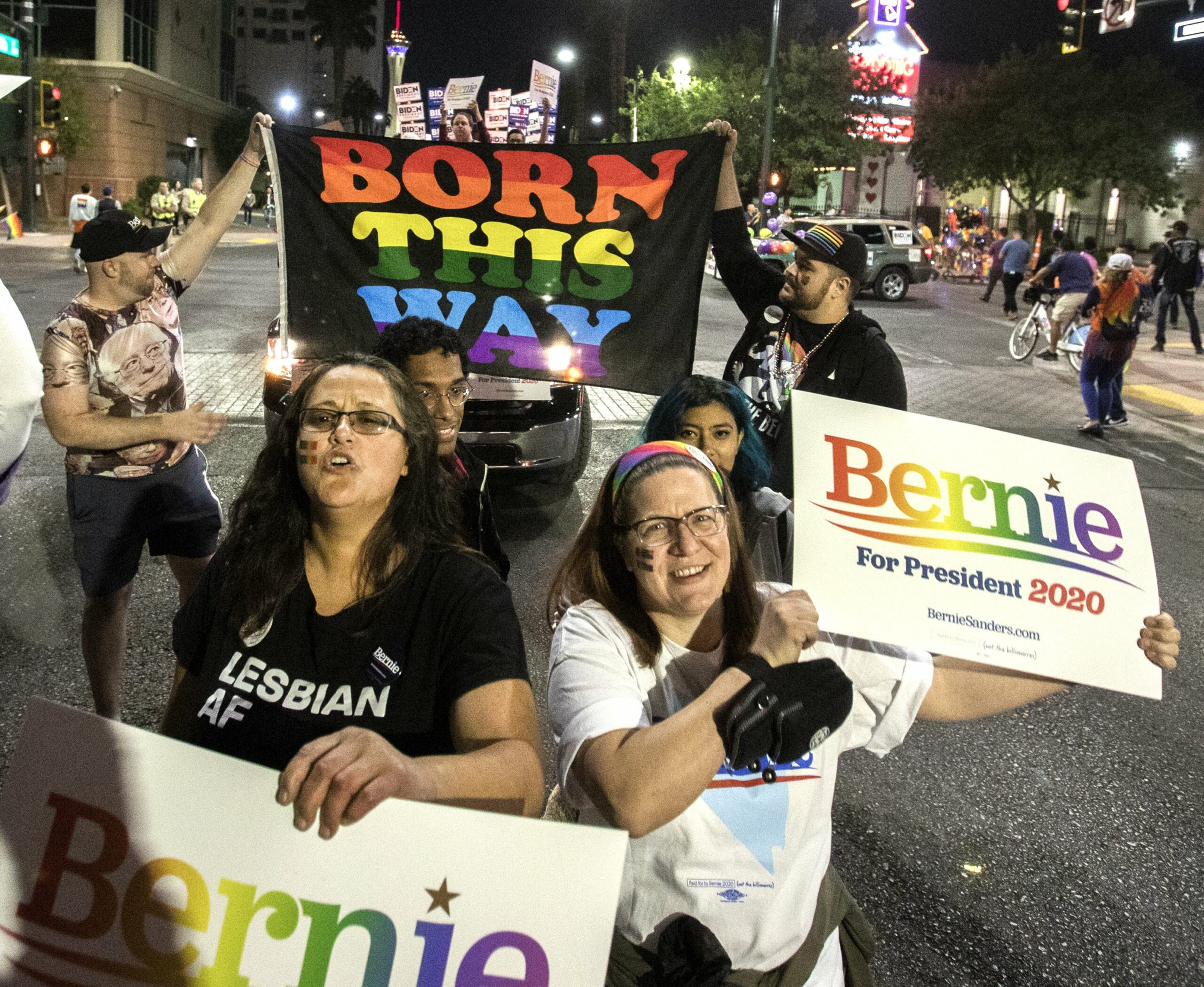 Type of measure: Legislative resolution to amend the Nevada Constitution

Summary of what it does: If approved, this ballot question would overturn an (unenforced and deemed unconstitutional) section of the Nevada Constitution holding that “only a marriage between a male and female person shall be recognized and given effect in this state.”

It would replace that language with a provision that the state and all political subdivisions shall recognize marriage and issue marriage licenses regardless of gender. Religious organizations and members of clergy would be granted the right to refuse to participate in such marriage ceremonies without creating any right of claim against the organization or member of the clergy.

Nevada voters initially approved the ban on same-sex marriage through a voter-driven initiative petition; it passed in the 2000 and 2002 election cycles. Voters in the 2002 election supported the measure on a 67 to 33 percent split.

In 2014, the Ninth Circuit Court struck down Nevada’s same-sex marriage ban, saying it violated the Equal Protection Clause of the U.S. Constitution. That decision effectively enjoined the marriage ban in the state Constitution, allowing county clerks in October 2014 to begin issuing marriage licenses to same-sex couples.

Nationally, all state-based same-sex marriage bans were overturned in 2015 following the U.S. Supreme Court’s 5-4 decision in Obergefell v. Hodges. That decision, authored by former Justice Anthony Kennedy, overruled same-sex marriage bans in 30 states and found that the right to marry (regardless of gender) is protected under the Constitution’s due process clause.

Nevada lawmakers in 2017 approved AB229, which updated state law to recognize and authorize the issuing of marriage licenses regardless of gender.

Passing Question 2 in 2020 would not change any marriage practices in Nevada, but would remove the unenforceable and struck-down language regarding marriage from the state’s Constitution.

Arguments for passing Question 2: Supporters of the ballot question (in a digest published by the secretary of state’s office) say approval would take “discriminatory language” out of Nevada’s constitution and ensure “marriage equality for all Nevadans.”

They also say the religious exemption preserves the “constitutional right to religious freedom,” and won’t force individual clergy to perform a marriage. They further argue that domestic partnerships, which were previously allowed under Nevada law, are not equal either legally or for tax purposes to a marriage.

Arguments against passing Question 2: Opponents (in a digest published by the secretary of state’s office) say the measure is unnecessary and that domestic partnerships are “a viable option for same-sex couples in Nevada.”

They also state that same-sex marriage “raises serious questions” about the right to religious freedom in Nevada, and that voters are being asked two decades later to approve a change on an issue that voters already decided twice at the ballot box.

How Question 2 qualified for the ballot: This question comes to voters after being approved during the last two sessions of the Legislature.

The initial version of the constitutional amendment (AJR2) was introduced in the 2017 Legislature and sponsored by former Assemblyman Nelson Araujo and state Sen. David Parks. It passed on a party-line 27-14 vote in the Assembly, but on a 19-2 vote in the state Senate after it was amended to include language on religious exemption.

AJR2 returned to the 2019 Legislature, where it passed on a 37-2 vote in the Assembly and on a 19-2 vote in the Senate, sending the proposed constitutional change to the 2020 ballot.

Primary funders: No political action committees supporting or opposing the ballot question have been formed.

Financial impact: There is no anticipated financial impact expected if Question 2 passes, given that same-sex marriage is already recognized in Nevada.

Status: If approved by a majority of voters, the language in Question 2 will become part of Nevada’s Constitution on Nov. 24, 2020.