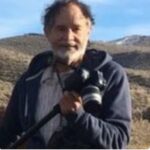 Today in many places all over America, including Nevada, there is a desperate fight — a war being waged between those who appreciate and honor the role of wild, naturally living horses and burros and those who are loathe to admit their fitting place in the world of nature. Many of the latter are people whose lives and goals in life have become too much about control and manipulation of the Great Rest of Life, including all of the marvelous, vast and various species and the diverse natural ecosystems they inhabit.

Many of America’s public lands livestock ranchers fall into this category, but it would be unfair to omit the other segments of our society that have targeted America’s wild horses and burros for herd-crippling reduction and/or alterations in their basic biology. The latter seeks to render them mere tokens, repressed vestiges. Many simply egg for their outright elimination. So many of these people are, as the saying goes, “so full of themselves” and seem to have lost touch with a most important human capacity: the basic humility to admit one has yet much to learn and much improvement to make. They need to ponder a Lakota greeting, one inclusive of horse and burro kind: Mita kuye oyasin — we are all related, meaning all in the great family of life.

We can set life’s “ship of state” upon a different course, though. I refer to the Wild Free-Roaming Horses and Burros Act of 1971 (WFHBA), and its true spirit, meaning and intent. Signed with a glowing sendoff by President Richard M. Nixon, this noble and unanimously passed law was and remains a quantum leap forward for humanity, morally and spiritually as well as ecologically, because it shows that people can truly care about the beings who share this wonderful Earth but are present in slightly different looking bodies and fill slightly different roles within the greater community of life.

Horses and burros are highly evolved, anciently rooted and long-standing presences in North America. Here, not only their species but their genus and even family have inhabited and been positively integrated for millions of years, dating back nearly to the close of the age of dinosaurs. And the plain fact is that we so-called civilized humans wouldn’t be where we are today, were it not for our several-thousand-year partnership with horses and burros. Which leads me to ask: Isn’t it high time we humans do something truly good for them? And what better gift of repayment could we possibly give than to restore them to their rightful land and freedom?

Their destiny should not be to remain forever the mere slaves of humans, subject to disrespectful confinement and removal from their compatible and age-old habitats! In these ecosystems, they play keystone roles that enhance, embellish, preserve and restore the life home for hundreds, even thousands of fellow, co-evolved and co-evolving creatures and their respective kinds.

But what needs to happen to restore the true intent of the WFHBA? This solution is near and dear to my heart and mind. It is called reserve design, and is akin to rewilding. It is a key tool of modern conservation science, and seeks to restore much-needed knowledge, appreciation and respect for wildlife. I say much-needed because the world is being overwhelmed and over-altered by the self-centered human species. But we can yet correct our course for the good of the horses, burros and their habitats.

Here are some of the basic elements of reserve design

Adopting reserve design would restore America’s herds to truly long-term-viable levels in the thousands in commensurately viable habitats, including migration routes to and from summering and wintering habitats. Reserve design would rescue these wonderful native species from the present existential crisis, while at the same time doing a world of good for involved people. We must overcome our own – and Nature’s! – worst enemy: our short-sighted, narcissistic self-absorption, and the tendency to human speciesm, or exclusivity at the cost of others.

Craig C. Downer is a wildlife ecologist residing in Minden, Nevada. He can be reached at: [email protected]. He is president of a 501 c 3: Andean Tapir Fund / Wild Horse and Burro Fund that is dedicated to saving/restoring beleaguered species in the Tapir, Horse and Rhino families: Order Perissodactyla and is a member of the IUCN Species Survival Commission.