The return of the Clark County lands bill 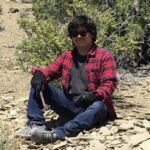 Dexter Lim
September 11th, 2020 - 2:00am
A recent map from the Bureau of Land Management shows existing land use in the region. The unshaded land is privately-owned. The shades of blue indicate land belonging to the cities, county or state. The orange and green land indicates land belonging to federal agencies. Credit: BLM
The return of the Clark County lands bill

As a student and activist with the Sunrise Movement, striking a balance between climate organizing and school is not simple. Fighting for systemic change comes with many powerful detractors; accusations of naiveté come from both sides of the aisle. Being talked down to by the officials of the community is a substantial part of the job: sitting through grandstanding and stump speeches, being patronized and ignored, and most often, being tokenized for the quality of our youth.

Every politician seems to want a photo and conversation with the kids of the Sunrise Movement, but very few seem to want to actually listen to our message. Superficial relationships with our electeds is one of the most frustrating yet common aspects of environmental advocacy.

This dynamic was made clear during an opportunity earlier this year to travel to Washington, D.C. with one hundred and fifty other youth activists for the Sunrise Movement’s first Middle and High School Summit. With day-to-day organizing usually involving just a handful of individuals, it was inspiring to be in an environment with so many fellow volunteers. Our work culminated in action, a march in which we briefly shut down the Capitol Building in demand for our nation’s leaders to take decisive action on the climate crisis.

The action made a strong statement, but half a year later, it’s hard to see tangible results of our effort. Dramatic as our demonstration was, millions of activists around the world have gone to similar lengths for years now. Of course no one protest will resolve the climate crisis, but despite decades of organizing, the vast majority of our elected leaders have made it clear they do not feel the same urgency for action.

While the Green New Deal is an excellent representation of public demand for climate action, it remains little more than a controversial stack of paper within the current administration. The struggle of this uphill battle is further exacerbated by the pandemic, with many large scale actions now unsafe until the dangers of gathering passes.

To achieve the decisive change championed by climate scientists and activists alike, we must take our efforts where they are most effective: our communities. Months of involvement in the contentious Clark County Lands Bill demonstrates this efficacy of local action.

The track record of this bill is confusing, having seemingly died in early 2020 only to be revived by Senator Cortez Masto in recent weeks. The Clark County Lands Bill, under the aspiration of managing potential growth, proposes the expansion of the Las Vegas development boundary out into the surrounding desert, rather than concentrating development within the existing footprint of urban Clark County.

The bill itself is problematic in multiple ways, favoring developers over historically marginalized communities, and benefitting only a privileged few who will derive massive economic boost at the expense of our public lands. There is no language ameliorating the toll of urban expansion on infrastructure and equity; nor any meaningful recognition of environmental impacts to public lands and wildlife. Furthermore, the dramatic projected growth of carbon-reliant infrastructure, urban sprawl, and gentrification per the proposed bill threatens ecological security, economic equality, and social justice as well.

One notable problem with sprawl is the expansion of paved surfaces. Excess paving contributes to the phenomenon of the urban heat island effect, a concentration of manmade greenhouse gas production in metropolitan areas, accelerating warming and causing public areas to become increasingly inhospitable. In addition, extra roads and space will exacerbate the widening inequality between those who can benefit from a city largely designed for automobiles, and those without the luxury of personal transport. Las Vegas is already infamous for inaccessible and inefficient public transit. Additional sprawl would only add to this inequity and the pollution of personal automobile transport, with public transit to far-flung suburbs growing even more costly and inefficient.

Furthermore, this bill entails threats to public health. The American Lung Association’s 2020 State of the Air report designated Las Vegas air quality as the ninth-worst in the nation: a clear crisis of Clark County’s ventilatory safety. With Nevadans already suffering by the millions from health care expenditures and lost work time due to respiratory hazards, in addition to widespread outbreak of the respiratory-based Covid-19 virus, actions to further exacerbate Las Vegas’s air pollution by increasing the number of cars on the road and the time they spend driving portends calamity.

These are all pressing issues that needed recognition before discussion of additional sprawl, but our elected leaders-- primary lands bill supporters Senator Cortez Masto and County Commissioner Justin Jones in particular --have still not clearly prioritized these concerns, or addressed the adumbration of the science behind them.

Local organizing comes with the benefits of lived experience and a rallying cry of the immediate community, but advocating against ill-advised legislation like the Clark County Lands Bill is an uphill battle. In the midst of a pandemic, it is difficult for people to focus on a lands bill with so many other threats and priorities. But the fact remains: when it comes to the future of Clark County, this proposed lands bill is not the answer. It is unjust to our community, it does not support public interest over the interests of developers, and it fails my generation. We will have enough of a challenge growing into a future rife with environmental and economic crises already, without having to contend with regressive policies like the massive sprawl of the Clark County lands bill.

To my representatives, both local and national: you make it clear that you seek mutual youth support, or at least that’s what you present in front of the cameras and journalists. But your solidarity with us isn’t just giving us the opportunity to speak with you. It’s by taking bold steps in the place of power that your constituents put you in, and integrating environmental, social, and economic issues into all parts of your platform; not exacerbating them with unsustainable and rash policies like rampant sprawl. We do not have authoritative access to the levers of power; you hold that privilege. So when your constituents (especially the youth) raise these issues, please listen to our message outside of the novelty that we’re outspoken in the first place, and think about how the actions of today will impact the history of tomorrow.

Dexter Lim is a youth climate activist, organizer, and coordinator for the Sunrise Movement Las Vegas Hub. They are also a student majoring in political science at the UNLV Honors College. You can follow them on Twitter @dextlim as well as their organization @sunrisemvmt and @SunriseMvmtLV.