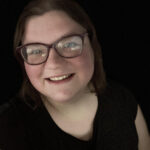 In 1830 President Andrew Jackson signed the Indian Removal Act, giving the federal government power to take Native held lands and force their move to what is modern day Oklahoma. While the law required the government to negotiate removal treaties fairly with the Indignous people, history tells us that’s not how the story played out. President Jackson and his men frequently ignored the law that decreed treaties be discussed voluntarily and peacefully, and threatened invasive actions if Native Americans did not leave their lands. During the winter of 1831, the Choctaw people became the first of many Native American tribes to be expelled from their land and forced to move to “Indian Territory” without food, supplies, or assistance from the federal government who had ordered their removal. Thousands of Native Americans died on this journey that would become known as the “Trail of Tears''.

By 1836, the Creeks had been removed from their land, and 3,500 of the 15,000 Creeks removed did not make it to Oklahoma. Families had to leave their loved ones alongside the road. There was no time, and they were too exhausted to bury their remains. In 1838, 2,000 Cherokee left their native lands in Georgia for the Oklahoma reservation, and President Martin Van Buren sent more than 7,000 soldiers to remove the remaining Cherokee people. The Cherokee were forced to march 1,200 miles to the “Indian Territory” after watching their homes and lands looted and destroyed. Along the way, more than 5,000 Cherokee died of whooping cough, typhus, dysentery, cholera, exhaustion, and starvation.

The Indian Removal Act promised Native Americans new land that would remain untouched by the federal government, but as the various tribes were pushed off their land into the Oklahoma reservation, the white settlement of the United States continued to push west and “Indian Country” saw its reservation grow smaller and smaller. The concept of “Manifest Destiny” or the justification for the U.S. government to push west cost the Native Americans even more land and lives. When Oklahoma became a state in 1907, Indian Territory ceased to exist. The Trail of Tears went through nine states and was over 5,000 miles long. Tens of thousands of Native Americans lost their lives and a part of their identity on the trail.

Many history books glance over the Trail of Tears. It is often a paragraph in the chapters of westward expansion and played off as if Native Americans were happy to move lands. Even less known or taught about are the murders of the Osage Nation. Under the Osage Allotment Act of 1906, all subsurface materials within the Osage Nation Reservation were tribally owned and held in trust by the U.S. government. Mineral leases earned royalties that were then paid to the Osage with each allottee receiving an equal share, or headright. Headrights were hereditary and passed down to heirs. Heirs did not have to be a member of the Osage Nation. These royalties made the Osage one of the wealthiest groups of people in Oklahoma.

Then, the murders began. Several Osage were found suspiciously dead: poisoned, shot with no witnesses, a house blown up in the dead of night. In 1923, the Osage Tribal Council reached out to the U.S. government, alarmed at the number of suspicious deaths on reservation land and the beneficiaries of the headrights of those who had died. The FBI was birthed out of a task force created to investigate the deaths of the Osage, but justice was never fully done for the people killed, or the families they left behind. Oklahoma governor Henry Bellmon pardoned one of the men arrested for the attacks in 1965, and others were released on parole after life sentence convictions.

Just a few weeks ago, the Canadian government disclosed that hundreds of remains of Indignous children were found between two government boarding schools. The United States has promised a commission to search the grounds of boarding schools in this country as well. These boarding schools, called “Indian Residential Schools” were established in the United States and Canada in the mid 19th and early 20th century with the objective of “civilizing” and assimilating Native American children to Euro-American culture. Children were taken from their homes and families, often by force, and moved hundreds of miles from their communities. Native American culture was banned in these schools. Children were forced to cut their hair, burn their tribal wear, and were beaten if they dared to speak their native tongue. Their native names were taken from them and they were referred to by anglican names that were assigned to them. Later investigations showed evidence that sexual, manual, physical , and mental abuse occurred at many of these sites. We may never know how many children died at these residential institutions.

The history of what happened to the Native American people is important and needs to be taught. The history and creation of the United States oftentimes has unsavory components, but in order to create a better future for ourselves and for our children, it’s important that we acknowledge the good and the bad. Many students are taught about the founding of America and the greatness of the Founding Fathers. People like to take parts of the Constitution and quote them to justify their claims against history and against the concept of Critical Race Theory. There has been a lot of discussion, both locally and nationally, about Critical Race Theory and its place in our schools. Here’s the thing: Teachers in Clark County aren’t teaching Critical Race Theory. Many educators are not trained in CRT, although that is a dialogue worth pursuing.

Critical Race Theory examines U.S. law as it intersects with issues of race in the United States. It’s an academic lens through which scholars challenge mainstream American approaches to racial justice by examining social, cultural, and legal issues and histories as they relate to race and racism in the United States. It expands upon the ideas created by great thinkers of the past, including Sojourner Truth, Frederick Douglas, and W.E.B.DuBois. It also looks at the influences of sociocultural groups such as the Black Power movements, radical feminist movements, Chicano movements, and more recently, the increasing vocal power of the LBGTQIA+ movements. CRT is based on the idea that racism and other race based constructs are immersed in historical social and institutional dynamics that persist to this day. Many times those dynamics are subtle rather than intentional prejudices. It’s the mistake of falling into the trap of “we’ve always done it this way” instead of reevaluating how things could be done better. Within the legal framework of our society, CRT acknowledges that laws on paper are enacted differently within different communities, and that execution of the law is oftentimes not “colorblind”. Intersectionality emphasizes that races can and does intersect with other identities like socioeconomic status and gender to create complexities in the balance of power and disadvantage.

Critical Race Theory examines the words of the Founding Fathers who write that they created this country on the basis that all men are created equal, while in the same stuffy meeting room in Philadelphia, they agreed that all people of color, including Native Americans, and women did not meet that criteria. When forming the creation of our bicameral legislature, the founding fathers agreed to the three-fifths compromise, which treated enslaved Africans as cattle to be counted for a population vote for southern states’ representation. CRT is understanding that while the African slave trade was abolished in January of 1808, the legal institution of salvery in the United States persisted nearly 60 years after that. It’s understanding that the Emancipation Proclamation only freed people in confederate states because Lincoln was worried that if slaveholders in the Union lost their slaves, they would secede to the South. It’s understanding that the Thirteenth Amendment is what abolished slavery and made African slaves free and legal citizens of the country, but that it still left tough hills to climb for Black Americans. Hills that are still there today.

The move that most educators are making is towards another form of CRT: Culturally Responsive Teaching, and it’s a good thing. Culturally Responsive Teaching asks educators to frame their mindsets a little differently and to acknowledge that they may have subconsciously formed stereotypes which have then turned into implicit bias. These biases, or blind spots, impact how we relate to our students, their parents, and even the curriculum we teach, including how we choose curriculum and write lesson plans.

An educator educated in culturally responsive teaching knows how to assess the sociopolitical and socioeconomic context of their schools and communities and speak up when things are not equitable. It allows teachers to have tough conversations with students that may not explicitly be addressed within the curriculum. It helps shape history and current events around the students' realm of experience and make content more relatable to students. The ultimate goal is to increase academic achievement by catering curriculum to the diverse needs of the modern classroom. A culturally responsive teacher has high expectations of students, but also teaches with empathy and compassion. It’s looking at books and materials in the classroom and asking if those materials are culturally relevant and sensitive to diversity. Does your curriculum and classroom empower students to speak up and take ownership of their learning? Are you talking to your students or are you helping to facilitate a student driven conversation?

When I taught my students in summer school about the Little Rock Nine, only one of my students had heard of them. When we looked at the history of what happened at Central High School in 1957 and listened to interviews with the eight students who are still alive, some of my students said that they could relate to what those nine students went through, even in 2021. Culturally responsive teaching meant that we had a conversation about that. I asked them if they wanted to discuss how that made them feel, what they thought while hearing the story of the Little Rock Nine and comparing it to their own experiences in the halls of Las Vegas schools. Our conversation lasted about six minutes before they were ready to move on, but it was six minutes of invaluable connection and acceptance that my students needed that day. When we look at historical occurrences, some of us are looking at a mirror. We see things in our lives mirrored back at us and can relate. Others see those same events as a window. They know it’s important to see and understand, but they are looking through an experience without being able to relate to it. Both of those are fine; no one will ever be able to relate to every event in history. The danger becomes when we start staring at brick walls and refuse to fix our vision elsewhere.

I will leave you this consideration. Our students are watching us, and learning from us. They hear those who stand up for their education and they see those who stand up and scream that racism doesn’t exist in our society. Children watch, and they listen, and they absorb. It is our collective responsibility to raise up children who know their history and know the power of their voice. It’s important to teach history with empathy, but also with truth, even though some of those truths may be harsh. Authentic, age appropriate discussion in the classroom only benefits our students and our future. We should not be teaching students a watered down, whitewashed version of Americana. It’s culturally irresponsible.

Jamie Tadrzynski (they/them) is a veteran teacher with 10 years of classroom experience. They are a social studies teacher and instructional mentor in CCSD. They hold degrees in history, American Studies, Religious Studies, and Reading Literacy, and is currently finishing a program in library and media sciences. They are involved in educational advocacy on a local and state level, and can be found on twitter at @MsTinVegas.