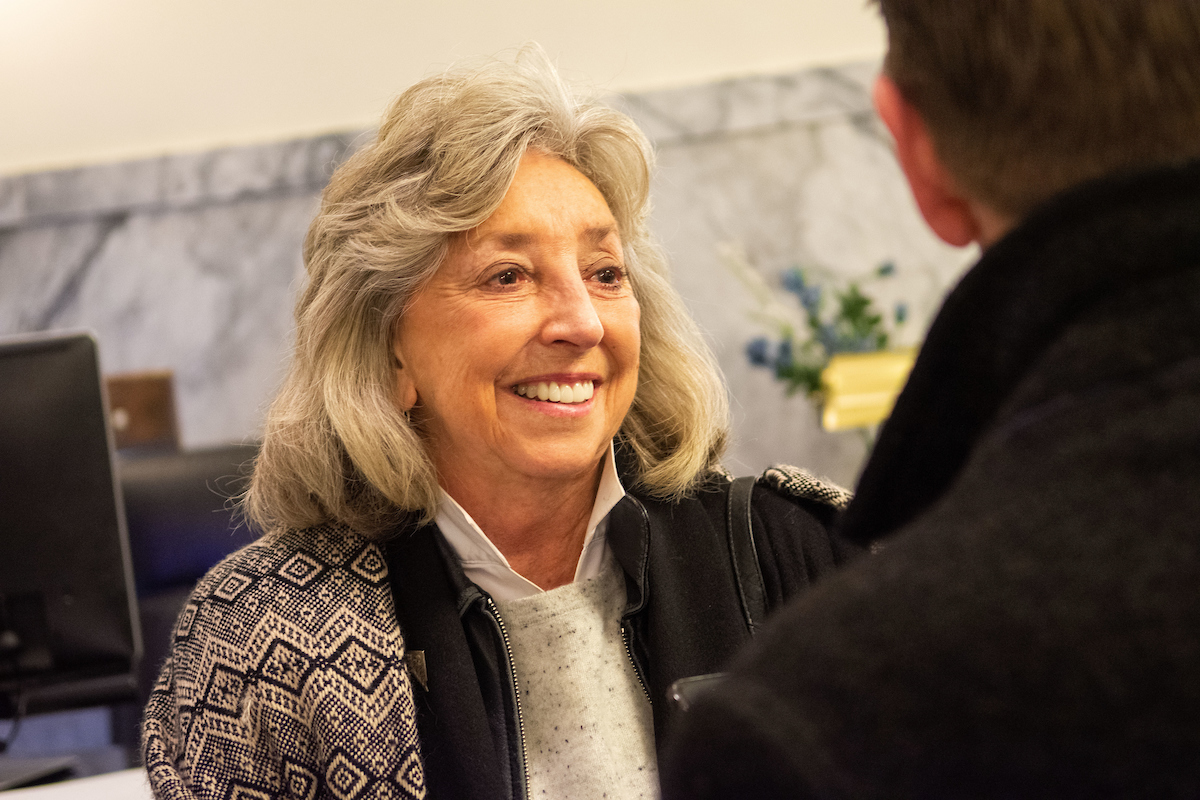 Rep. Dina Titus on Monday became the first member of the state’s congressional delegation to call for an impeachment inquiry into President Donald Trump, and she promised to ratchet up her inquiry into whether he violated the Constitution’s Emoluments Clause, which she said is tantamount to bribery.

“I'm calling for an impeachment inquiry because of the mounting evidence that Donald Trump has repeatedly broken the law to protect his own interests,” Titus said in a video she released announcing her decision.

The Emoluments Clause prohibits the president from making money off of foreign countries.

Her announcement comes after former Special Counsel Robert Mueller testified in the House last week on his report regarding Russian meddling in the 2016 presidential race. It also comes after four more Democrats came out in favor of impeachment this weekend putting nearly half of the caucus in the impeach column.

Titus said she believes the president lied to investigators and ordered his staff to do the same. According to the report, Trump asked that White House Counsel Don McGahan to fire Mueller. McGahan, who left the administration in October, refused Trump. The report also said that Trump subsequently asked McGahn to deny that he sought Mueller’s removal.

“To be clear, misleading the public and the press is not an impeachable offense,” Titus said. “But lying to law enforcement officials who are investigating the Russian attack on our democracy and ordering his staff to do the same are serious crimes.

She also cited hush-money payments arranged by former Trump Organization attorney Michael Cohen to two women who claimed to have had affairs with the president. Cohen has said he was acting at the Trump’s behest. Trump has denied the affairs. Cohen is currently serving a three-year prison sentence after pleading guilty to directing the payments and other crimes.

“Having affairs is not an impeachable offense,” Titus said. “But when Donald Trump directed his personal fixer to cover them up with secret payments right before election day, that is a clear violation of campaign finance law that can result in years behind bars.”

The panel has been investigating whether Trump has violated the Emoluments Clause after he was elected president with regard to the lease for the Old Post Office Building in Washington, D.C. to the Trump Organization. The property was converted into a Trump hotel, which opened in 2016.

After being elected, Trump did not divest from his business, which Titus sees as a clear conflict of interest and possibly a crime.

“Now he’s profiting from foreign government officials who are trying to curry favor by staying at his hotels, even though the Emoluments Clause of the Constitution prevents the president from accepting foreign payments,” Titus added. “In the constitution, those payments are called emoluments, but today you could just call them bribes. That’s what they are.”

“The subcommittee I lead is going to recharge the investigation into those foreign payments, when Congress returns to Washington in September,” Titus said. “Rest assured, I’m going to demand answers.”

I'm calling for an impeachment inquiry because of the mounting evidence that Donald Trump has repeatedly broken the law to protect his own interests. pic.twitter.com/w0mSHc9ewQ