Titus, Cortez Masto introduce bill to give Nevada a veto over Yucca Mountain 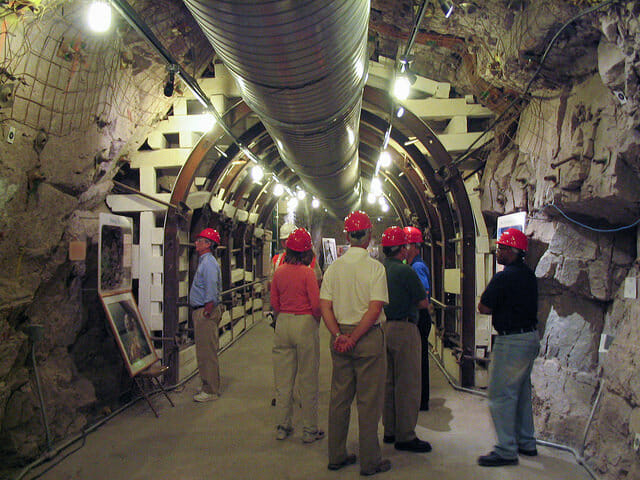 “No state or community should have a nuclear waste dump forced upon its residents,” Titus said in a release, adding that “Nevadans are strongly opposed to the storage of nuclear waste at Yucca Mountain.”

Titus praised President Joe Biden’s opposition to the project after former President Donald Trump’s administration pressed to build the repository at Yucca Mountain in all but the last year of his term.

“This legislation should serve as a guide for the Biden Administration to find a new site to store nuclear waste based on local consent,” Titus continued.

Cortez Masto said the bill will fix a broken process that does not allow for input from state and local communities.

“This legislation ensures that states like Nevada have a seat at the table when a permanent nuclear repository is proposed in their backyards,” the Nevada Democrat said in a release.

Gov. Steve Sisolak, an ardent Yucca opponent, called for Congress to pass the bill and abandon the project.

“The past 34 years of failure have demonstrated that a forced nuclear waste siting process cannot work in our system of government,” Sisolak said in a statement. The bill “offers a workable path forward. Congress should immediately act to pass the [bill] and abandon the failed Yucca Mountain Project.”

Sen. Jacky Rosen (D-NV), Rep. Steven Horsford (D-NV) and Rep. Susie Lee (D-NV), who all have pledged to block the project, co-sponsored the Senate and House measures, respectively.   Rep. Mark Amodei (R-NV) was invited to co-sponsor the bill, but declined, according to Titus' office.

The fund, financed by ratepayers, was established under the Nuclear Waste Policy Act (NWPA). The 1982 NWPA initially directed the Department of Energy (DOE) to site, construct and operate a geologic repository for high-level nuclear waste. The law was amended in 1987 and directed DOE to focus its work solely on Yucca Mountain—known colloquially as the Screw Nevada Bill.

Opponents of the project argue that the 1987 changes to the NWPA were unfairly pushed through over state objections that the project is not safe and will ultimately result in contamination of the water in the area.

Nevada’s congressional delegation has successfully managed to keep the project from receiving funds since 2011.

This story was updated on Tuesday March 2, 2021, at 2:47 p.m. to note that Rep. Mark Amodei declined to co-sponsor the legislation.