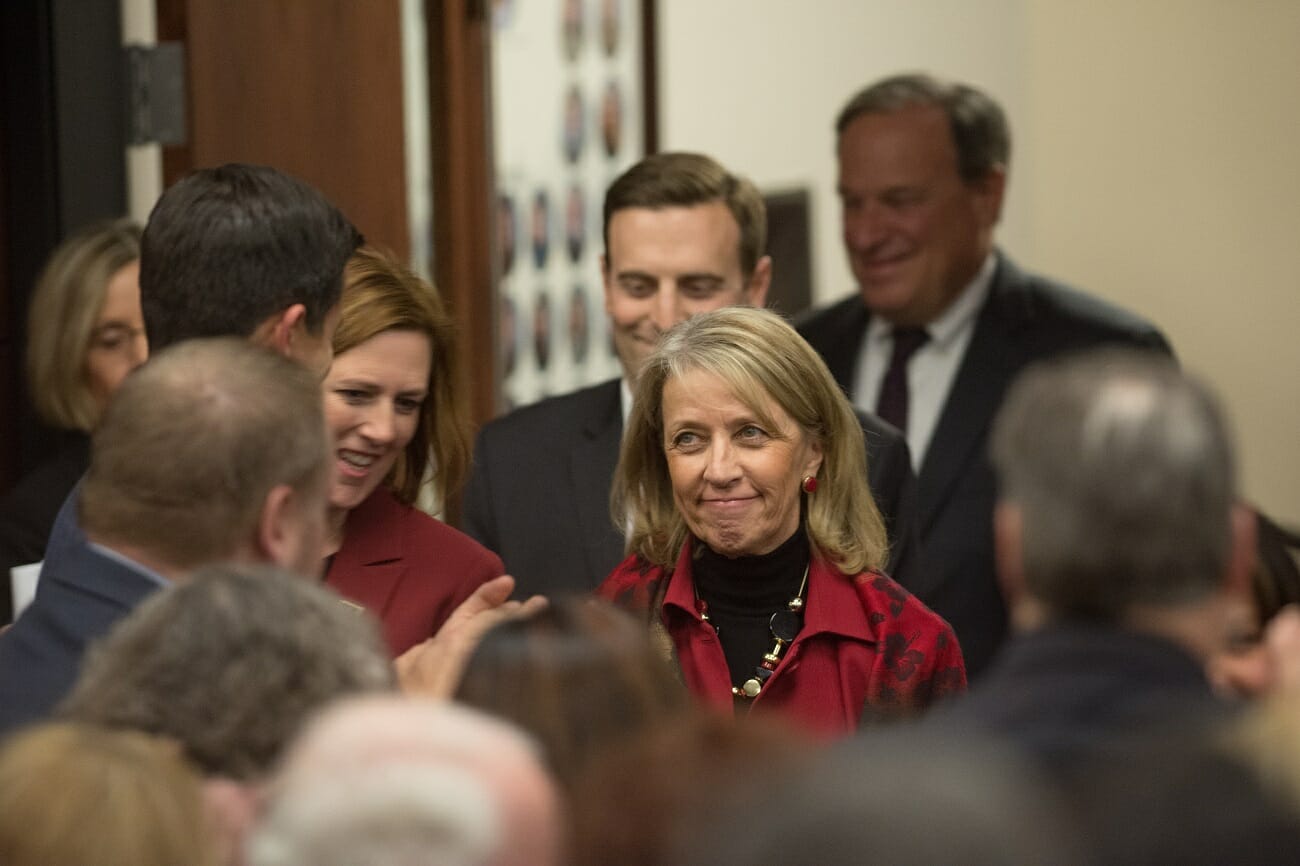 Republican Secretary of State Barbara Cegavske said Friday that she will comply with a White House commission’s request for voter information from all 50 states only insofar as that information is currently public under state law.

Kris Kobach, the vice chairman of a White House commission looking into voter fraud and other election-related irregularities, sent letters earlier this week to each state asking for voter information, including names, addresses, birth dates, party affiliation and the last four digits of their Social Security number. Cegavske said that her office will provide the commission with only the publicly available voter registration information, as required to be disclosed by state law, but will withhold all confidential voter information.

That confidential information includes social security numbers, driver’s license numbers, DMV identification card numbers and email addresses. Additionally, registered voters in Nevada can request that their address and telephone number be withheld, and victims of domestic violence or sexual assault given a fictitious address are not included on public voter rolls.

State law prohibits election officials from withholding voter registration information from the public voter information, including name, address, date of birth and whether the voter participated in a prior election, and the state’s Public Records Act requires government entities to allow for the inspection of public records.

Earlier Friday, Congresswoman Dina Titus sent a letter to Cegavske and Gov. Brian Sandoval, urging them not to comply with the commission’s request for “sensitive voter information.”

“It is inappropriate to use state resources to soothe the President’s ongoing insecurities about his own election,” Titus wrote. “I urge you to defend the integrity of Nevada’s elections and protect Nevada voters from being used in a political ploy to assuage the President’s paranoia.”

President Donald Trump established the bipartisan Election Integrity Commission, chaired by the vice president, after he alleged without evidence that as many as 5 million people voted illegally in the 2016 election. Kobach has requested that the voter roll data be sent to the White House by July 14, five days before the panel’s first meeting.

Kobach, Kansas’s Republican secretary of state, has long expressed concerns about large numbers of immigrants voting in U.S. elections without authorization and supported comparing state voter rolls with other government databases to weed out non-citizens or other residents not eligible to vote, which voter advocacy groups oppose.

The vice chairman did not say how the commission plans to use the data other than to help it analyze any vulnerabilities and issues with voter registration and voting.

The request has earned blowback from several states already. Virginia Gov. Terry McAuliffe released a statement Thursday saying he has “no intention” of honoring the the demand. California’s secretary of state, Alex Padilla, said he would not provide that information to a commission that “has already inaccurately passed judgment that millions of Californians voted illegally.” Meanwhile, Connecticut’s secretary of state, Denise Merrill, said her state would only share “publicly-available information” with the commission.