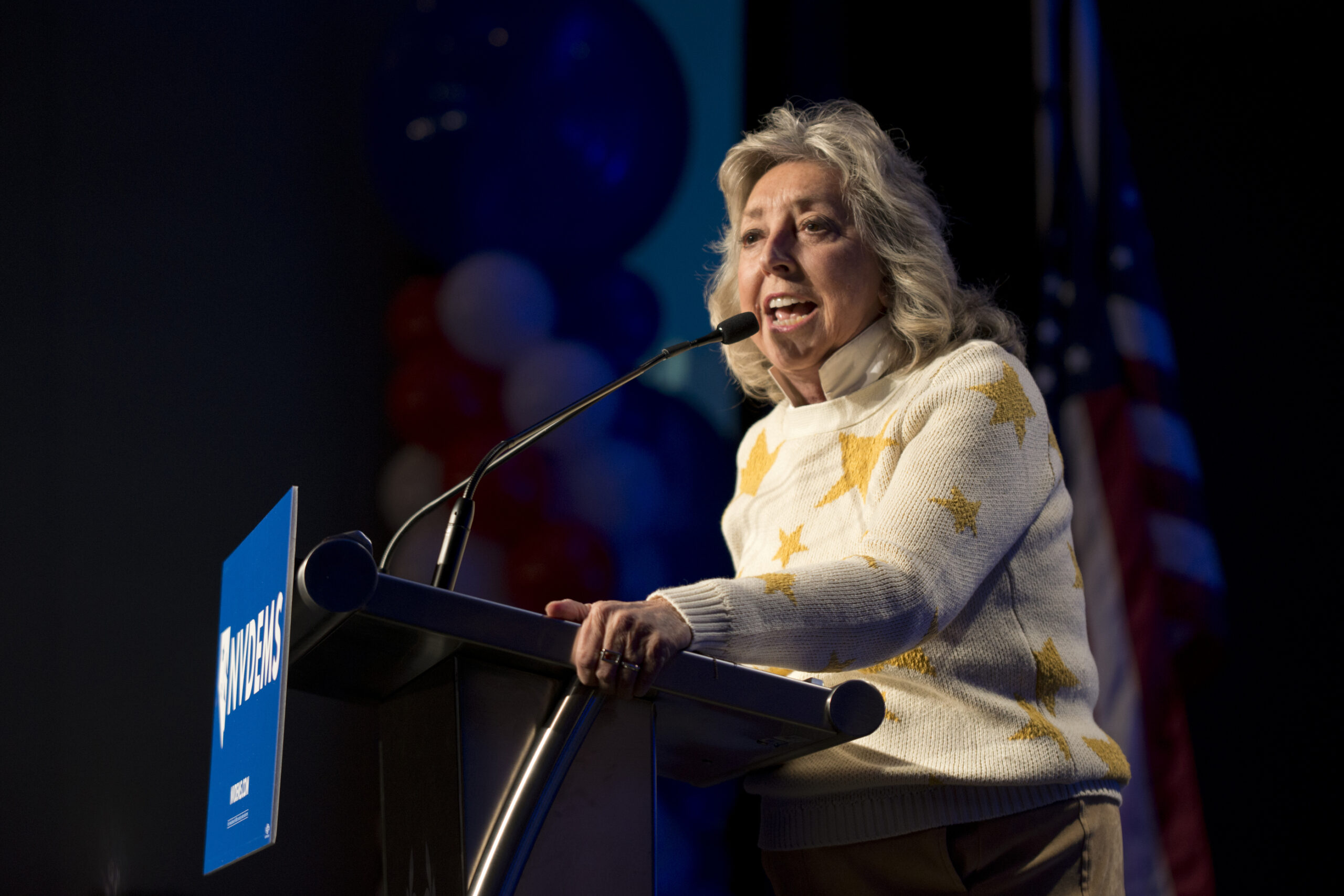 Rep. Dina Titus recently co-sponsored a bill that would provide a federal gasoline tax holiday, even though she voted for legislation in 1997 that could neutralize the benefit of such a tax cut for Nevadans.

But she says there could be a workaround to the issue to ensure Nevadans see savings at the pump.

The Gas Prices Relief Act of 2022 in the Senate and a bill amending the Internal Revenue Code of 1986 in the House of Representatives both aim to provide a federal gasoline tax holiday amid rising gas prices nationwide. Nevada Sens. Jacky Rosen and Catherine Cortez Masto, both Democrats, are co-sponsoring the Senate version.

But an existing law — that Titus voted in favor of while a state lawmaker in 1997 — automatically raises Nevada’s fuel tax by the exact amount of any reduction at the federal level. That means a proposal to reduce the federal gas tax by 18.4 cents per gallon through January 2023 wouldn’t reduce prices at the pump in the Silver State.

Twenty-five years ago, Titus was one of the 19 yes votes in the state Senate on AB525, which amended the law to say the state’s gas tax “will increase if the tax collected by the Federal Government pursuant to the provisions of [federal law] or any other tax collected by the Federal Government relating to gasoline is reduced or discontinued in whole or in part.”

Titus said in a statement to The Nevada Independent on Tuesday that the 1997 bill she voted for applies to permanent reductions in federal gas taxes and was designed to maintain a stable funding stream for Nevada highways, while the bill she is cosponsoring is temporary.

“If the measure passes, I believe it’d be the right decision for the Governor to declare a distinction between the two and allow the tax holiday to ease prices for consumers at the pump,” Titus said.

As of Tuesday, Nevada’s gas price average is $4.04 per gallon for regular gasoline, according to AAA. That’s above the national average of $3.62 per gallon, but below California’s $4.84 average, which is the nation’s highest.

The Las Vegas Review-Journal obtained comment from the Rosen and Cortez Masto’s offices in response to the potential conflict with Nevada law. The senators’ statements doubled down on their intent to lower costs for Nevadans, even as Republicans widely criticized the bill on account of the state law roadblock.

Rosen’s statement to the Review-Journal also said she’s “working closely with the Senators who drafted the bill to address any conflicts.”