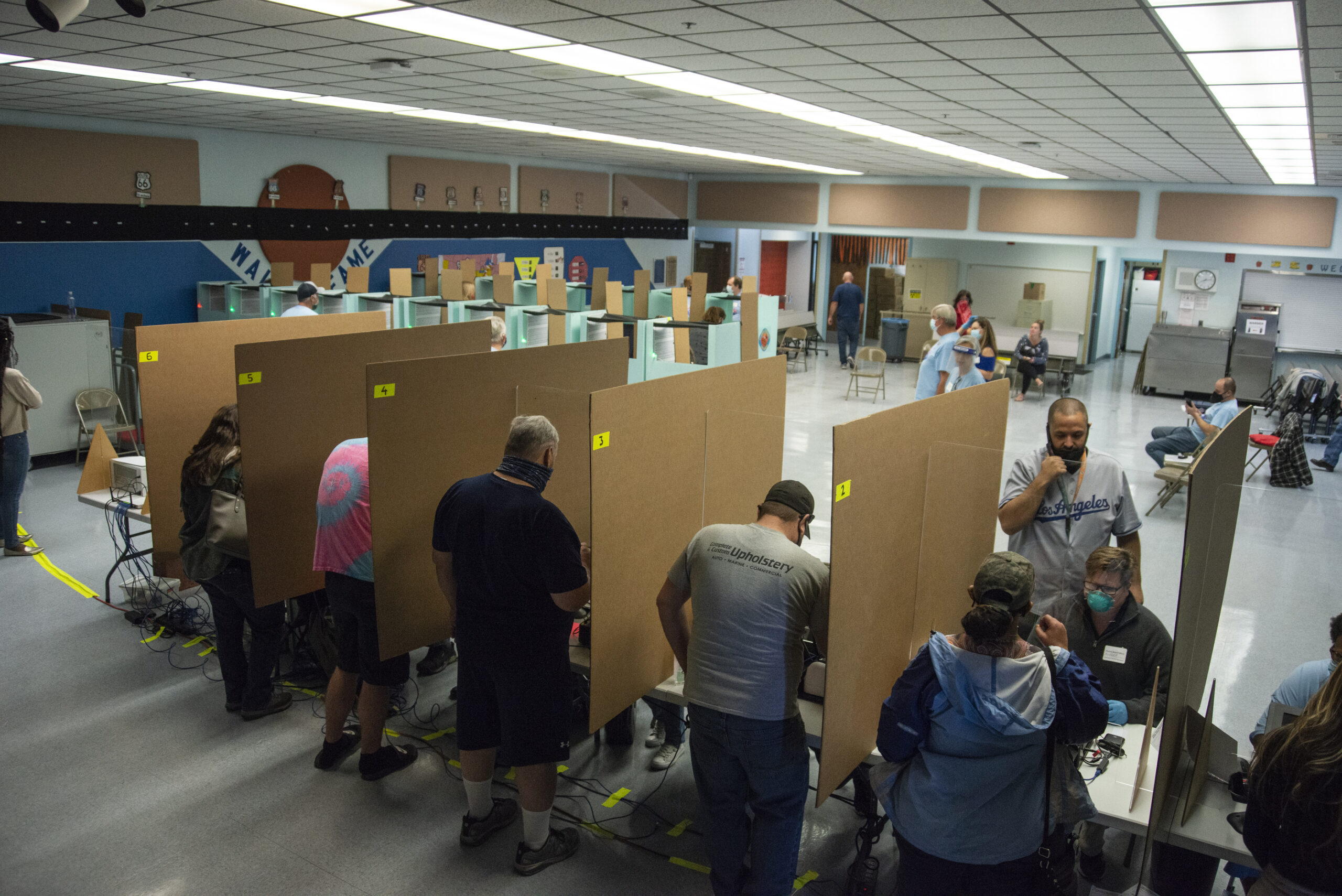 Clark County District Court Judge Joe Hardy Jr. ruled in favor of the president’s re-election campaign after a brief hearing on Tuesday afternoon, agreeing to allow several polling sites in Clark County to remain open for an extra hour of in-person voting. Hardy also ruled that anyone still in line at 8 p.m. at those sites will be allowed to cast a ballot.

The decision is likely to delay the reporting of results in Nevada because of a state policy to not release any vote totals until everyone in line has voted.

In the lawsuit, which was filed Tuesday afternoon in Clark County District Court, attorneys for the Trump campaign cited a tweet from the Nevada secretary of state’s office sent this morning saying that several polling locations in the county were experiencing problems and had not opened on time.

The Trump campaign wrote in their complaint that the delays “caused availability and access to the polls in certain precincts to be diminished by nearly an hour” at 22 identified polling locations in Clark County.

Brian Hardy, an attorney representing the Trump campaign, said that failing to extend the hours for in-person voting could harm voters who showed up to polling locations before work but left after delays and long lines.

“If they didn't get that opportunity this morning because they thought there were going to be delays and they didn't go before work, or they just were afraid that they weren't going to be able to get their vote in before they left this morning, and now they're going to try to get an after work but they were concerned because they may not have enough time after work to do that, we want to give them the opportunity to vote,” he said.

Attorneys for the Nevada State Democratic Party said they were not necessarily opposed to the motion but asked that the court also extend in-person voting hours at about 10 other voting sites not listed in the initial complaint.

Mary-Anne Miller, an attorney representing Clark County, requested a pared down decision for sites that did not process votes until 7:30 a.m. and to only keep those sites open 7:30 p.m. — saying that keeping all of the sites open for an extra hour seemed “extreme.”

Miller also submitted a document to the court showing when county election officials reported receiving the first ballot results from each of the 125 polling locations open in Clark County. Two sites — Wendell P. Williams Elementary School and Clifford Lawrence Junior High School — did not return their first ballot until after 10 a.m. In total, 13 of the polling locations in Clark County did not report returning a ballot until after 7:30 a.m. this morning.

The full list of affected polling sites include the following: