Trump: Heller's lukewarm support for him cost ex-senator the GOP base and his seat 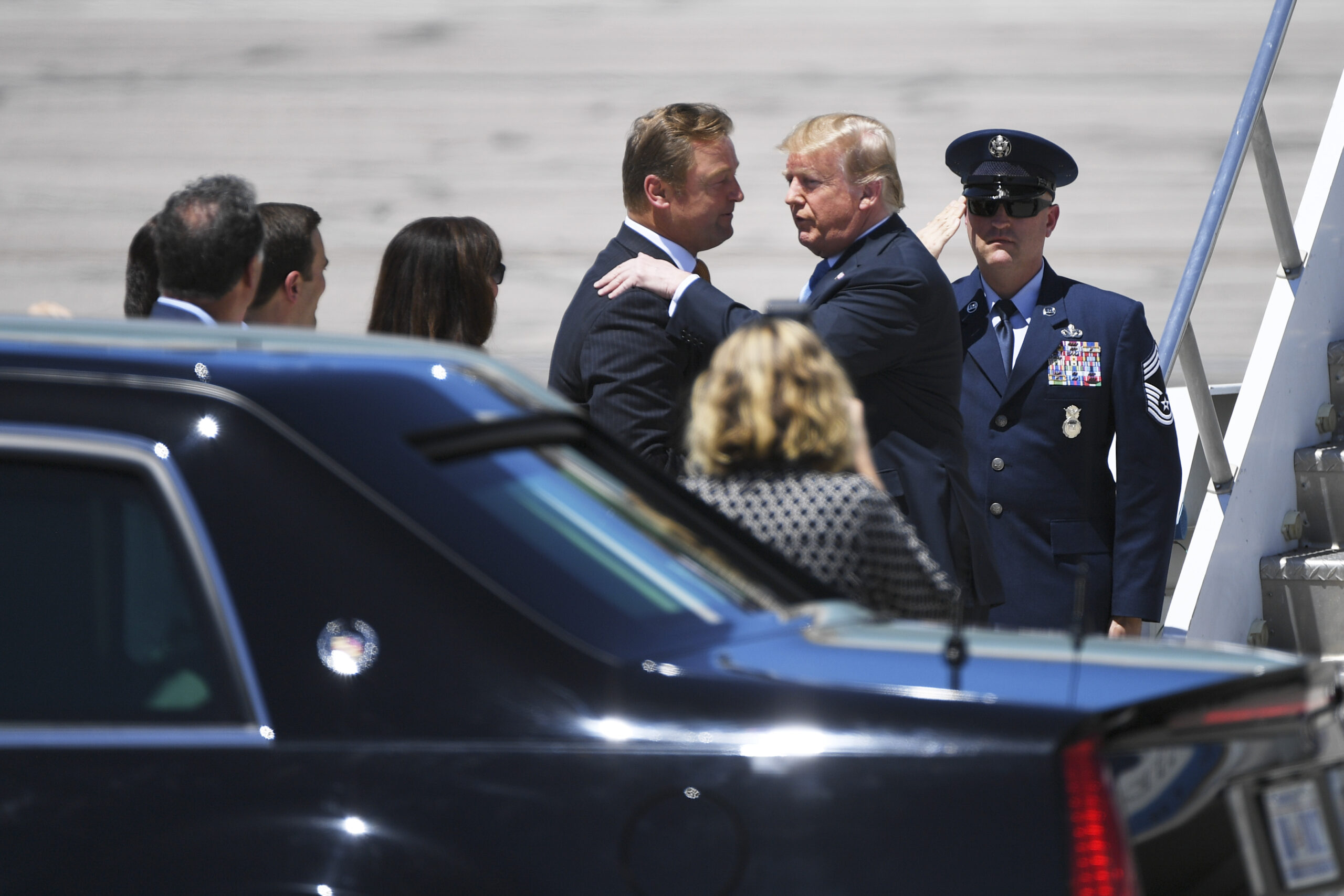 Trump riffed about how, while he campaigned for Heller, his base supporters could not be convinced to back Heller.

“What happened with Dean Heller is I tried for him, but my base did not believe him,” Trump told The Nevada Independent. “They wouldn’t go for him because Dean Heller was really hostile in my race” to win the Republican nomination and the race against Democratic presidential nominee Hillary Clinton.

Heller “was hostile beyond normal politics and the hostility carried over unfortunately to the presidential run against crooked Hillary Clinton,” Trump continued.

It was not lost on Trump that it took Heller nine months, and a primary challenge from a die-hard Trump supporter, Danny Tarkanian, to finally say that he voted for Trump in the presidential election.

Heller told reporters in October 2016 that he was 99 percent certain he would oppose the Republican nominee for president.

Asked whether that is why Heller, who had been floated as a possible successor to former Interior Secretary Ryan Zinke, did not get the post, Trump said, “I just could never get my base excited about him.”

Trump added that “I like him a lot, I hope you put that” in the story.

The president also pointed to Heller’s initial opposition to repealing the ACA.

“For three or four months he was very difficult on health care...and then he was great,” Trump said.

Trump campaigned in Nevada twice, which he said were “very successful rallies. But when it came time for voting [the base] would not go out and vote for him.”

Heller was haunted during the 2018 election by his June 2017 press conference when he stood alongside Gov. Brian Sandoval, held up a copy of a 147-page proposal to repeal and replace the ACA and declared that it was “simply not the answer.” Heller detailed a long list of concerns with the legislation, including that it didn’t protect vulnerable Nevadans, it would mean a loss of coverage for millions of Americans and he wasn’t confident that it would lower health-care costs.

“I’m telling you right now I cannot support a piece of legislation that takes insurance away from tens of millions of Americans and hundreds of thousands of Nevadans,” he said at the time.

A little more than a month later, Heller voted to open debate on that same piece of legislation and then voted to support what was referred to as a “skinny repeal” of the ACA that would have axed the federal health-care law’s individual and employer mandates. Although the measure did not succeed at the time, Congress eventually repealed the individual mandate as part of its tax bill in December, which Heller supported.