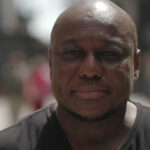 We were all pretty shocked and dismayed at the events that took place last Thursday evening during the Clark County School District Board of Trustees meeting that resulted in the termination of Supt. Jesus Jara’s contract.

But even more disheartening was the behavior of District B trustee Katie Williams.

In a flagrant display of noncompliance, Williams not only initially refused to wear a mask, but also disregarded board president Linda Cavazos’ repeated requests for her to put one on during the meeting. That was the least of her antics that evening.

Prior to a discussion and vote on rescinding Cavazos’ presidency, which was brought forth as obvious retaliation for the board discussing and terminating Jara’s contract, Williams publicly mocked Cavazos on Twitter, and also did so in person before leaving the meeting following a disgusting tirade.

It was merely another example of the constant and perennial dysfunction on our county’s school board, but it was still damaging and embarrassing. Williams, one of the board’s newest members, has often stirred up trouble with her QAnon leanings and also has thumbed her nose at rules that may at some point get her in trouble for potential open meeting law violations.

It didn’t have to go down like this. If people would do their research and vote down-ballot races smartly, we wouldn’t be in this predicament because someone like Katie Williams would never get elected in the first place.

We, the public — consisting of numerous parents, community members and voters in District B — are asking the board to censure Williams. Among our complaints is that she has refused to meet with parents who have asked to do so, has refused to reply to emails and voicemails that constituents have left over the past several months, gives last minute notice of community meetings (making it impossible for people to participate), and has refused to acknowledge and respect safety and security issues at a number of schools in her district.

With or without censure, it would behoove Williams to reply to messages, respectfully answer questions and do the job she was elected to do, which is to represent the interests of the Clark County Public School District — not spend her time praising or defending private or charter schools, as she often brazenly does on her Twitter feed.

One tweet following last Thursday’s meeting even said CCSD management is “incestuous” — and told parents to pull their kids out of the district. That alone should be grounds for censure or outright disqualification from the District B seat.

Considering the ongoing unorthodox behavior of Williams, who just days ago compared vaccination mandates to rape and threatened to call the police on the No Racism in Schools #1865 moms while they were investigating a possible instance of racism at a Henderson middle school (boldly comparing them to a “hate group”), it’s surely not Cavazos who needs to go.

Jeff Parke is a parent who lives in North Las Vegas.