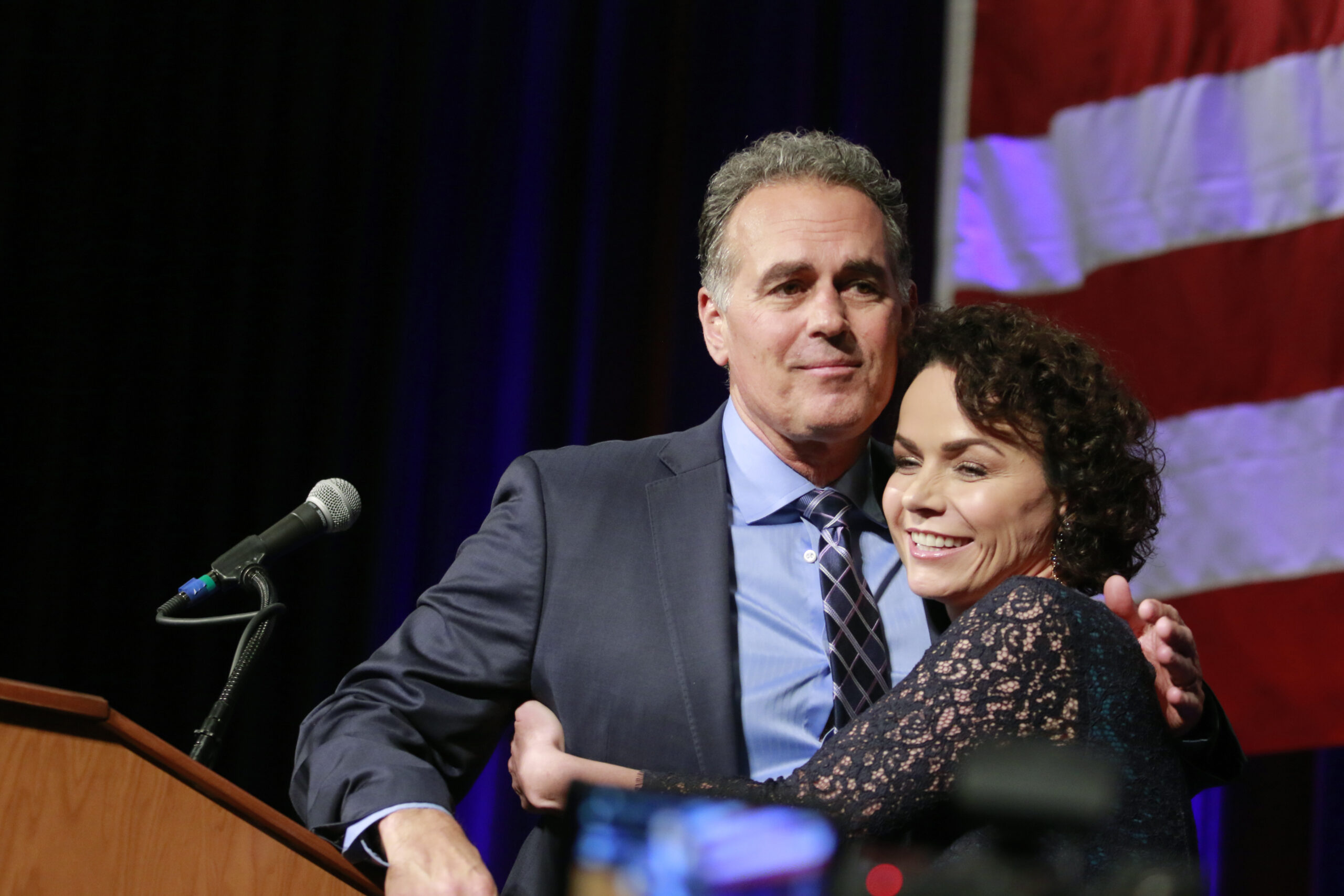 After numerous unsuccessful campaigns over the years, Danny Tarkanian has defeated incumbent Dave Nelson by 17 votes in a race for Douglas County Commission, according to final unofficial results.

District 1 encompasses the city of Gardnerville in the rural Northern Nevada county, and the race marks Tarkanian’s first win after several defeats over the years, including in three recent bids for Southern Nevada congressional seats. Results released Wednesday show he has 5,893 votes compared to Nelson’s 5,876.

Nelson said he is calling for a recount because the results are within 20 votes — a threshold he set before the final unofficial results came in.

No Democrats filed in the overwhelming Republican county, and Tarkanian’s name will be the only name listed on the ballot in the November general election.

“We're very, very excited, and I’m here with my wife and she's crying because she said she spent half her life watching me lose races and it’s finally nice to win one,” Tarkanian said in an interview with The Nevada Independent. “I’m very thankful for my family, my wife and kids, we do a lot of work stuffing envelopes, calling, doing things and I’m very grateful — without their help, I would not have won.”

A recent transplant from Las Vegas, Tarkanian said he was nervous about running against a well-known incumbent during a pandemic when knocking on doors and meeting with people face-to-face was not an option.

Tarkanian’s team had to get creative, waving signs and cheering at cars, but he said it was all worth it at the end of the day.

Nelson was disappointed by the results, but appreciative of the support he received.

“I thought that as a candidate who made promises four years ago and fulfilled, I think, all of those promises, I'm surprised that the people here didn't support me more than they have,” he said. “I would say that I really, really appreciate all the support I did get. It was a huge turnout ... I got almost 6,000 votes, which, when I ran four years ago, about 6,500 was the total votes in the primary.”

“Seventeen votes is a decent amount. Normally, if there's an issue it's going to be with one or two or three or something like that,” Tarkanian said. “I expect there to be a recount. I don't think it's going to change the results. If it does, it won't be the first time I was stunned, but I don't think so."