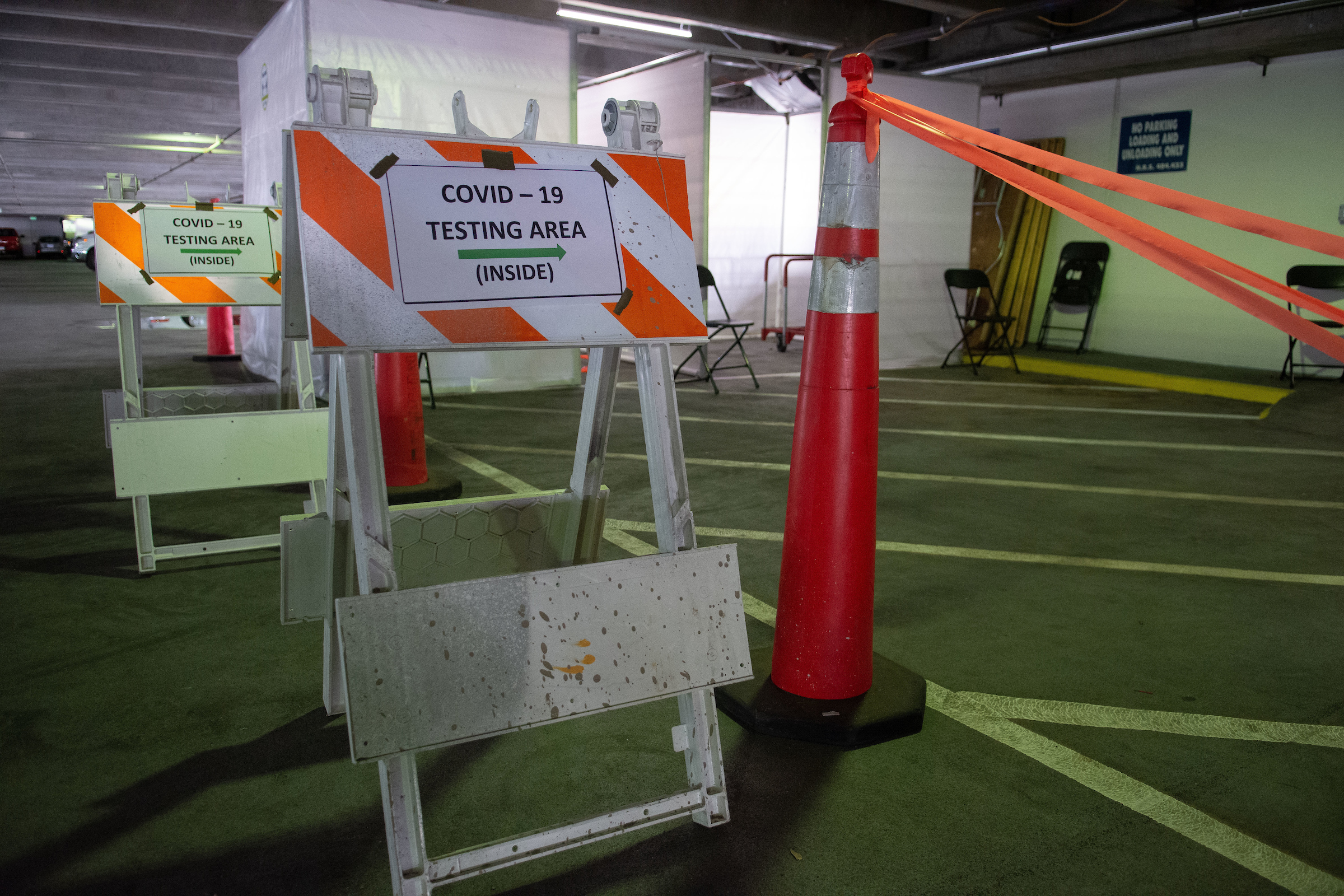 State employees who remain unvaccinated against COVID-19 may soon be required to pay up to $55 in monthly insurance surcharges to help recoup testing costs, meaning Nevada could be the first state to adopt such a policy for its state-employed workforce.

Nevada’s Public Employees’ Benefits Program (PEBP) — which provides health and life insurance to about 70,000 people including state employees and their dependents — will discuss that option and others affecting the insurance system’s response to COVID-19 at its board meeting on Dec. 2.

Though it’s likely the policy will convince more of the estimated 5,000 unvaccinated state employees and 1,250 Nevada System of Higher Education employees to get the jab, PEBP Executive Director Laura Rich framed the proposals — which also include changes to testing policy and reinstatement of cost-sharing for COVID treatment — as a question of who should bear costs.

“There are going to be costs that are associated with unvaccinated employees,” she said in an interview with The Nevada Independent. “Someone has to foot the bill. So do you spread those costs across everybody? Or do you propose that those responsible for the costs are paying the costs?”

If approved, the new policy would require all state employees and dependents who do not provide proof of vaccination or a legitimate religious or health exemption by July 1, 2022 to begin paying a monthly premium — $55 per employee, and $175 per dependent over the age of 18 covered by the health plan.

PEBP estimates that the surcharge would raise about $18.4 million annually — and Rich said those dollars will be needed to help cover the cost of continual COVID testing.

The state’s current policy of requiring weekly COVID tests for unvaccinated employees at worksites with less than a 70 percent vaccination rate could soon be overridden by federal testing or vaccine mandates. While the Biden administration’s efforts to impose a vaccine mandate on large businesses is still facing court challenges, a state contract for onsite COVID testing (funded by federal CARES Act dollars) is expiring in December, meaning PEBP may end up having to foot the bill for additional testing costs.

The insurance plan estimates that annual COVID testing costs could range between $12.3 to $24.7 million, based on the average cost per test (anywhere from free to up to $130 per test based on location and type of testing billed to PEBP). Insurers such as PEBP are required to pay for diagnostic testing — such as possible exposure or if an individual feels symptoms — but are not required to pay for surveillance testing, which refers to regular weekly or daily tests regardless of symptoms.

Rich said that PEBP is exploring finding a vendor to provide surveillance testing services throughout the state at a flat $60 per test fee. But regardless of the solution, she said that the cost of testing isn’t going away, and that absent a surcharge, the other option is to raise premiums or reduce benefits for all plan participants.

“It's expensive,” she said. “This is a significant cost. Whether it's something the state takes on or something that employees will have to take on, it's going to be significant, week by week, unless these testing costs come down.”

Other states and businesses have implemented similar vaccine surcharges, including in Louisiana, which last month adopted plans for a $200 surcharge for any health system employee with an unvaccinated spouse or domestic partner. Delta Airlines adopted a similar $200 surcharge for unvaccinated employees, which the airline’s CEO credited to pushing employee vaccination rates up from 75 to 90 percent.

A spokesperson for Gov. Steve Sisolak said PEBP had consulted with the governor’s office about potential options that will go before the PEBP board, but noted “the final decision will be made by the PEBP board.”

Members of the PEBP board will also discuss restoring cost-sharing for COVID-19 treatment claims for all plan participants, vaccinated and unvaccinated, at the meeting next month. At the beginning of the pandemic, many insurance plans including PEBP voluntarily waived all costs to individuals for COVID treatment and hospitalizations, but many insurers have returned to restoring cost sharing as vaccines have become more readily available.

Research published in the medical journal medRxiv found that privately insured patients spent an average of $788 for out-of-pocket costs related to a COVID hospitalization. Some medical experts predict that additional lifting of waivers could raise out-of-pocket costs even higher for COVID treatment or hospitalizations, with some bills reaching up to $12,000 for insured patients.

PEBP officials said that they reached out to 11 other public sector health health plans and only one — Hawaii — plans to continue covering the entire bill for COVID treatment and hospitalizations. Most private insurers have also reinstated cost-sharing for COVID treatment.

Since April 2021, when the vaccine became widely available, PEBP has waived about $3.2 million in out-of-pocket expenses for COVID-19 treatment and hospitalization costs.