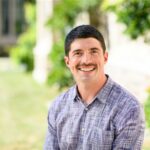 Nevada has the greatest solar power potential of any state, yet we spend around $700 million every year to import dirty fuels. Las Vegas is the fastest-warming city in the nation, yet 70 percent of the electricity made in our state comes from the same fossil fuels that are warming our climate. Nevadans strongly support moving toward a clean energy future, yet we experience the consequences of extreme heat and polluted air every day.

In 2018, voters overwhelmingly supported Question 6, the ballot measure that establishes a 50 percent renewable energy standard for the state’s electricity providers. This decisive victory also helped push our legislature to vote unanimously to pass corresponding legislation in 2019. This year, voters need to approve Question 6 again to ensure we have a clean energy backstop in the state Constitution.

Opponents of Question 6 argue that we don’t need to enshrine our commitment to clean energy in the Constitution because the Legislature already took action. But political winds can change.

While Nevadans have fought hard in recent years to elect a governor and legislators who understand the threat of climate change and the transformative potential of clean energy, we can’t take this for granted. We might not always have climate champions in the Governor’s Office, Assembly, and Senate, but we can be sure that we’ll be just as vulnerable to the dangers of dirty air and climate-warming emissions. That’s why I think of the constitutional amendment as an insurance policy or backstop: no matter who is in charge, Nevada will continue moving toward renewable energy.

This firm commitment is essential for those who are most vulnerable to extreme heat, from households that can’t afford to keep the air conditioning running to outdoor workers to people with preexisting conditions. It’s also essential for Nevada’s economy: instead of sending hundreds of millions of dollars out of state every year for fossil fuels, we can generate $6.2 billion dollars of investment for our state by generating clean power right here.

NRDC analysis found that the renewable portfolio standard will add 11,000 full-time jobs compared to the fossil fuel-fired business-as-usual. And, even if you don’t work in the renewable energy sector, you can look forward to the economic benefits of clean energy because it’s much less expensive: electricity from a new large-scale solar plant in the state is cheaper than electricity from a new power plant fueled with out-of-state natural gas.

To create jobs and affordable power, to protect our health and climate, and to secure these benefits no matter what happens next, I urge you to join me in voting “yes” on Question 6.

Dylan Sullivan, senior scientist with NRDC is based in Reno.