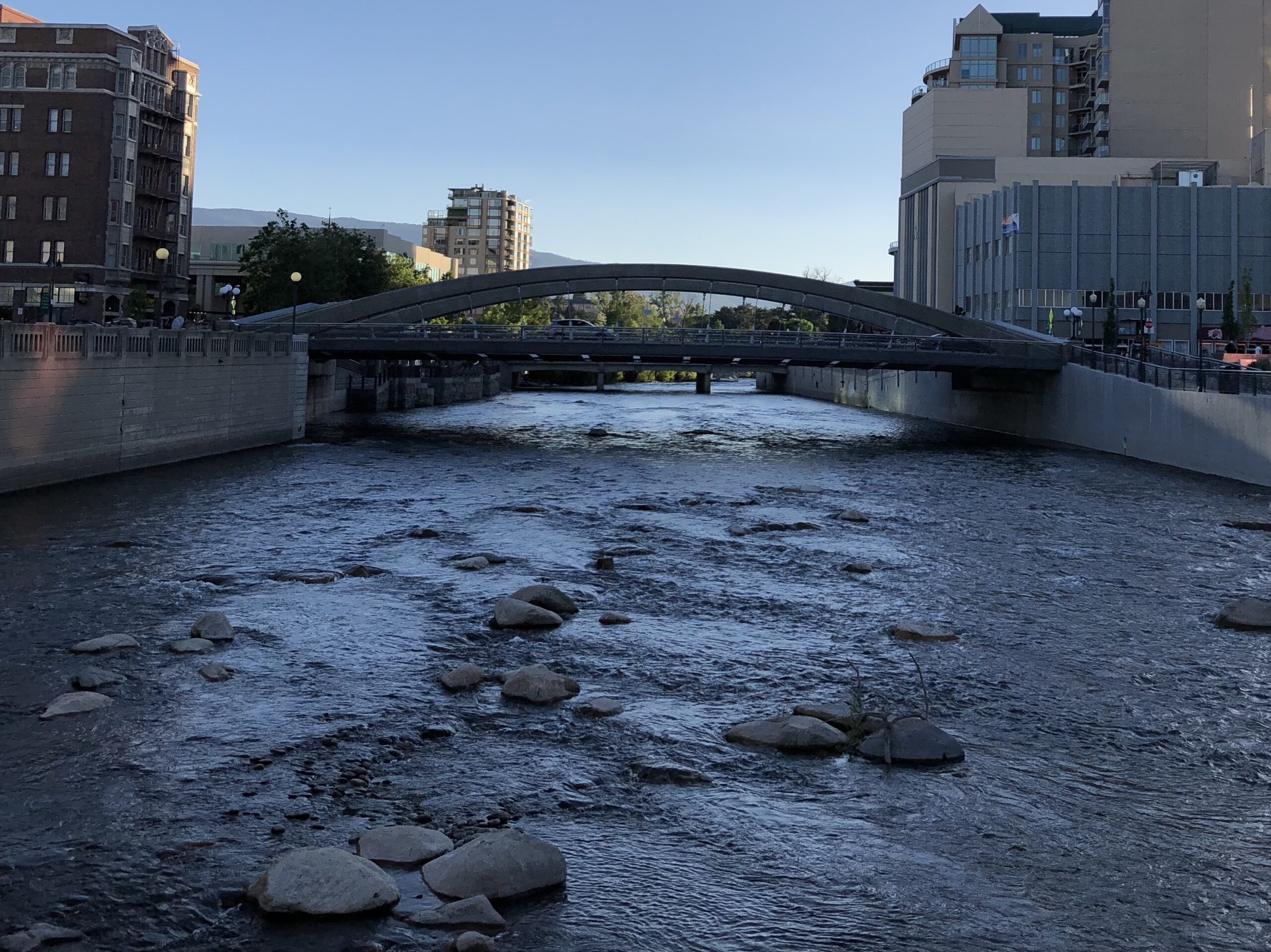 Voters in Washoe County are set to weigh a slight property tax increase for new funding for a flood control project that supporters say could prevent damaging floods on the Truckee River.

Last week, the five-member County Commission voted to add the question to the November ballot. The proposal would boost funding for flood control around the river and unlock federal funds. Almost everyone agrees that the region needs more flood control, but several elected officials take issue with funding it through a property tax focused only on the Truckee River.

The question proposes a slight tax increase — 2.48 cents per $100 of assessed valuation — to fund up to $82 million in general obligation bonds for levees, floodwalls and the widening of the Truckee River Channel. According to a report on the ballot measure, the tax increase comes out to about $8.68 in additional annual tax for a new $100,000 home. The extra funding, according to the report, would open up about $182 million in federal funding for the flood control project.

Jay Aldean, who directs the Truckee River Flood Management Authority, said the proposed project would prepare municipalities along the river — Reno and Sparks — for the worst.

“If you look at all the drainage history of this region, the project we have conceived would have confined the 1997 storm to its channel banks,” Aldean said, referencing the historic New Year’s flooding that filled the Reno-Tahoe International Airport and downtown casinos with water.

For months, the flood authority and representatives from Western Nevada governments have been working on a committee to craft the ballot language. But its path to the November ballot began during the last legislative session with Assembly Bill 375. That legislation allowed the flood authority to create a needs committee, giving the panel until April 2 to recommend taxes or fees for projects. The legislation then required the county commissioners to pass along the committee’s recommendations to voters as a question on the November 2018 ballot.

“This ballot question is the culmination of the work done by this committee that was established by legislation,” said Sparks Assemblyman Mike Sprinkle, who co-sponsored the legislation.

Because of the way the legislation was written, the Washoe County Commission’s unanimous vote to add the language to the ballot last week was more procedural than anything else. The legislation, as interpreted by the county’s counsel, required the commission to approve the committee’s recommendations and forward them to voters. That clause did not sit well with at least some of the commissioners, including Marsha Berkbigler, who chairs the board.

Berkbigler said that any countywide ballot question should have looked at flooding issues throughout the county instead of tackling the issues directly related to the Truckee River.

“I’m not supporting it because it only plans to stop flooding in the river,” Berkbigler said. “It has nothing to do with all of the closed basins like Lemmon Valley. It has nothing to do with all the ditches and creeks and streams. This is money we are going to collect from the citizens but clearly, three-quarters of the citizens who live here are not going to get any benefit from it.”

She noted that during the last intense wet season — in the early months of 2017 — the main issue was not flooding along the river. It was flooding in closed basins places like Lemmon Valley, where there is no natural outlet for water, as the Reno Gazette-Journal has reported.

Reno’s mayor, Hillary Schieve, told the Gazette-Journal last week that she also opposes the tax increase and said that the flood authority should look at issues beyond the Truckee River.

Sprinkle said the committee’s mandate, as laid out by the legislation, was narrowly focused on the Truckee River and that the group would start looking at some of the county-wide issues with information sessions and a potential report. The committee has representatives from Reno, Sparks and groups such as the Chamber of Commerce and the Nevada Association of Retailers.

Aldean, the flood authority’s executive director, also pushed back on the idea that the project would not benefit all Washoe County residents. He said without the project, that the impact of a 1997-type of flood would be devastating and costly for the region, bringing the economy to a halt. The 1997 flood is estimated to have caused about $1 billion in damages.

The proposed project, Aldean said, would be constructed over at least two decades. But he argued that it would be adequate to protect the area from more intense storms than those experienced in the 1990s or a spate of devastating storms during the 1950s. The walls of some of the flood control projects would be higher than what engineers say is necessary to contain past storms.

“If we get a larger storm, we can confine it,” he said.

Across the region and the country, it can be difficult to find funding for flood control.

John Cobourn, a retired water specialist with the University of Nevada Cooperative, said that similar debates have played out in the Carson Valley, where he has done most of his research.

"The trouble with raising money for floods is the people who haven't been flooded are going to say, ‘why should I pay for that,’” he said. “It's not an issue confined to just Reno and Sparks."

But he said not acting in Reno and Sparks, where development covers most of the floodplain, could potentially have more of an economic impact than not acting in Carson Valley.

“Water can’t just sit there for two or three days,” he said.

“Once a region or jurisdiction goes down on a vote, it will take another half generation to have the nerve to bring one back again,” said Jenny Brekhus, a council member for the city of Reno.