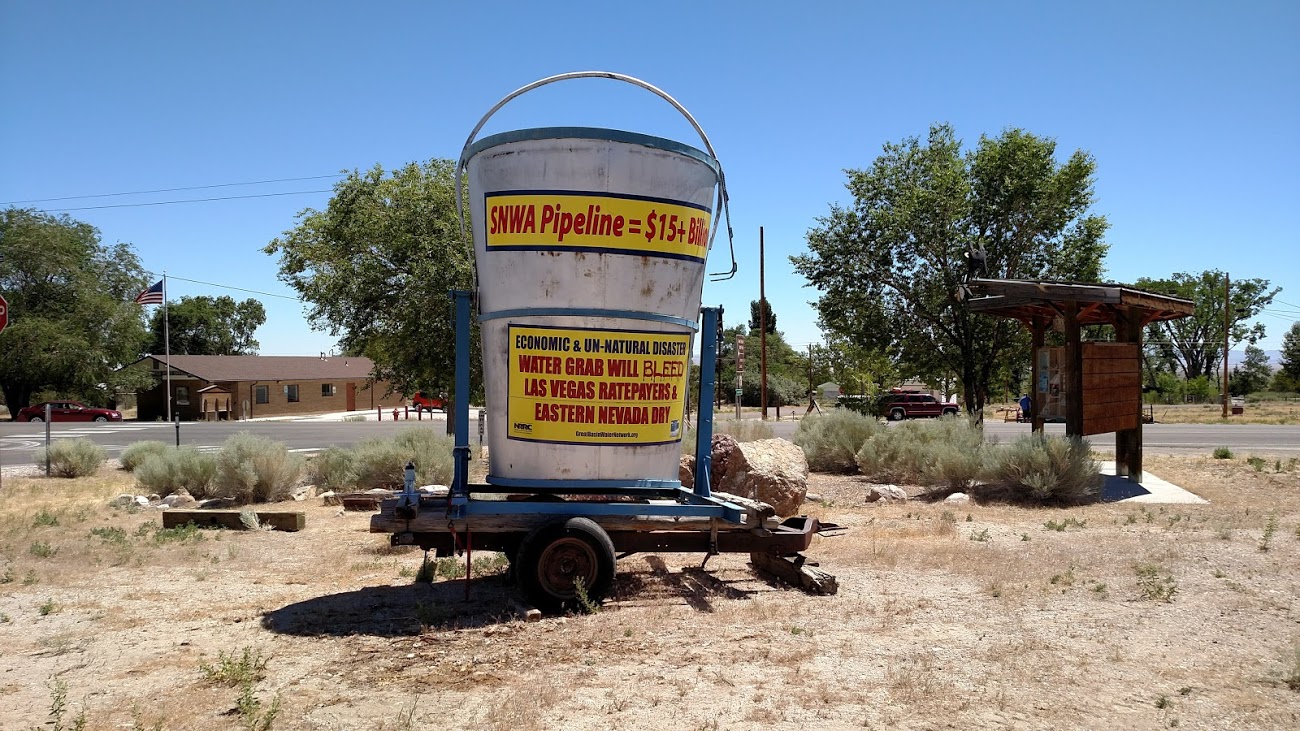 The Southern Nevada Water Authority is ending a decades-long effort to build a controversial 300-mile pipeline to pump rural groundwater from eastern Nevada to Las Vegas.

On Thursday afternoon, the water authority confirmed in a statement that it would not appeal a recent court ruling that denied the agency a portion of its water rights.

The decision means the water agency is shelving a development project that has long inflamed tensions between rural and urban Nevada, from the Legislature to the courts, and eclipsed nearly all other water issues in the state. The water authority first applied for the water rights in 1989, worried about water scarcity on the Colorado River and a growing population.

The project set off a firestorm of controversy, with environmentalists, tribes and ranchers worried that the project would dry springs, harm wildlife habitat and irreparably alter ecosystems.

Because of increased conservation, the water authority held off on the project for decades, despite pursuing entitlements for the project in state and federal court, as well as in the Legislature.

According to a statement from the water authority, it will reassess its water supply portfolio “after the current pandemic passes and normal operations are restored.” The agency plans to present an update focusing on “strengthening beneficial partnerships with other Colorado River states as well as further advancing Southern Nevada’s world-recognized water conservation efforts.”

In recent months, the water authority has discussed the possibility of investing in a Southern California reuse project, in exchange for additional water from the Colorado River, where Las Vegas gets about 90 percent of its water. It also has increased its efforts to boost conservation across the Las Vegas Valley, and investing in a desalination project remains on the table.

Although the decision ends the pipeline project in its current formation, it does not preclude the water authority from developing an importation project in the future. The water authority still owns Eastern Nevada ranches with associated water rights. It also has applications for other water rights that, if awarded by state regulators, could be tapped by Las Vegas in the future.

Kyle Roerink, the executive director of the Great Basin Water Network, called the decision not to appeal the court case “a great first step,” but he said he still had concerns about the water rights applications and a federal right-of-way from the Bureau of Land Management. He said the water authority must take the legal steps to relinquish those entitlements associated with the pipeline.

“You have to wonder what the long-term plans are," Roerink said, noting that the water authority continues to operate ranches and water rights that were involved with the pipeline project.

Still, Clark County Commissioner and water authority board member Justin Jones said it was a “historic day,” given that the agency had spent about 30 years securing the water rights.

“I applaud the water authority’s decision to move past the litigation on the pipeline and its right to build it — and look at conservation and other opportunities,” Jones said in an interview.