We must protect kids in the justice system from the coronavirus 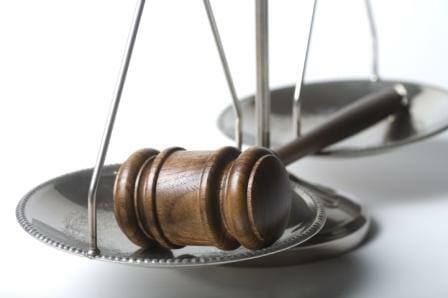 More than 800,000 cases of the coronavirus have been reported across the country and more than 46,000 Americans have died as a result. Here in Nevada we’ve lost more than 200 of our citizens with more than 4,800 cases reported as of this week. That it is why we are working diligently to do everything we can to flatten the curve and decrease the spread of the disease among our fellow Nevadans. As we work to confront the worst public health crisis in our lifetime, it is important that we prioritize protecting our most vulnerable citizens, including children currently in the juvenile justice system.

As a member of the Legislature, I’ve worked together with other lawmakers to lead efforts over the years to end the death penalty and life without parole sentences for children, and have worked to ensure that Nevada prioritizes the successful rehabilitation and reintegration of young people back into society when they go astray. We know from the data that the children who end up in our justice system are often our most vulnerable citizens, having experienced high rates of early childhood trauma and unmitigated adverse childhood experiences. Studies have shown that about 90 percent of children in the juvenile justice system have experienced at least two prior childhood traumas, which include anything from physical or sexual abuse to having an incarcerated parent or living with a family member who is addicted to drugs or alcohol.

This history of trauma, coupled with the fact that youth in the justice system have significantly higher rates of health disorders including asthma, pneumonia, hypertension, and diabetes, make them particularly vulnerable to developing complications from COVID-19. As most of us remain in our homes under the order of Gov. Sisolak to slow the spread of the disease, the children in our justice system are unable to do the same, putting them and the people who work with them at higher risk for infection.

Unfortunately, no one is immune from this virus and just a few weeks ago the first minor died from it in California. Reports are now surfacing of confirmed cases in prisons and youth detention facilities which can easily become petri dishes for the proliferation of this infection. To date, 108 children in detention facilities in 24 states across the country have tested positive, as well as more than 164 adults who work in those institutions. What we would never want is parents and their children here in Las Vegas to be faced with a “Sophie’s Choice” – plead guilty in order to be released to home confinement pending sentencing or remain in detention pending adjudication where they could risk being exposed to the virus. This is a choice no parent or child should ever have to make.

We have an obligation as a state to protect the human rights of these children. Perhaps at no other time in our history has that sentiment been more important than right now. And while throughout the country there are some truly horrifying examples of justice not served, right here in Nevada we have to commend the judges, lawyers, marshals and court support staff who are working overtime to ensure the due process rights of children. Many, in fact, are working proactively to address the problem.

Across Nevada there are at least 170 children in our juvenile justice facilities whose health and well-being is our responsibility. That is why we are encouraging the Division of Child and Family Services (DCFS) and the Nevada Department of Corrections (NDOC) to prioritize these children in their response to COVID-19. While we have to balance public safety considerations with public health, we must also act with the best interests of our children in mind. Child rights organizations, including Human Rights for Kids and Children’s Advocacy Alliance, have been urging officials to safely release as many children from detention facilities as practicable.

We recognize that not every child in state custody can be released; however, we join these organizations in urging DCFS and the juvenile courts to begin reviewing cases of youth who can be safely returned to their homes to shelter-in-place with their families. This should include youth who are low risk, youth detained for non-violent crimes, or youth with close release dates. During this time, we should seek to decrease the number of new admissions and limit in-person appearances in the court system. We would also urge the Youth Parole Bureau to act within their authority and limit in-person supervision to the extent possible.

Further, we cannot allow this crisis to erode the rights of these children or use it as a blank check to place kids in solitary confinement or prevent family contact. We must ensure that video and telephone visitation remain in place for children to communicate regularly with their families and attorneys throughout the duration of this crisis. So we’re also urging both DCFS and NDOC to have COVID-19 response plans in place specifically for children in state custody to maintain their safety and safeguard their rights.

Nelson Mandela once said, “There is no keener revelation of a society’s soul then the way in which it treats its children.” How we respond in this crisis to the treatment of the children in our care will reveal a great deal about the character of our great state.

John Hambrick is an Assemblyman representing District 2, the former Speaker of the Nevada Assembly and former chairman of the Nevada Juvenile Justice Commission.