Who the hell are we? 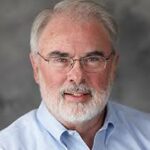 Fifty years ago Wednesday, I walked on to the floor of the United States Senate for the first time as a newly appointed chief counsel for a newly elected United States senator from California, John V. Tunney. It was the first day of the new session of Congress. I will never forget the sense of awe that I felt when I walked through the halls of the Capitol and on to the floor of the Senate. As the Senator’s chief counsel, I was afforded the rare “Privilege of the Floor” that only one or two senior staff members were granted. In other words, I could freely walk on the floor that only senators and a few others were permitted to do.

I vividly recall sitting on one of the green leather couches at the rear of the chamber against the wall next to the door to the “cloakroom.” Senators would go into that cloakroom in order to hold discussions and conferences off the floor. In future days, during a vote on the floor, a senator would sometimes come rushing out of the cloakroom late in the roll call and ask me, “What’s my vote?” It was an awesome responsibility, especially for a 25-year-old lawyer, barely a year and a half out of law school.

So, as I watched the events on television Wednesday, it is hard to describe the frustration and anger I felt as I watched a “demonstrator” climb down to the floor from the Senate Gallery above and sit in the chair of the presiding officer of the Senate.

That anger and frustration was compounded by the fact that for 33 years I have known and watched Donald Trump, beginning in 1988 when I spent seven months “negotiating” with Trump as Merv Griffin’s lawyer in the battle over Resorts International. I have never had any illusions about him, but watching the riot he incited Wednesday, I find it incredible that so many Republican members of Congress and senators have chosen to do his bidding and obstruct the confirmation of the work of the Electoral College. The Republican senators and members of Congress that I knew in 1971 would never have countenanced this insanity.

I was particularly struck by a comment from an officer of the U.S. Capitol Historical Society today: “This is the first time that the U.S. Capitol has been breached since the British attacked and burned the building in August 1814 during the War of 1812.” Is this who Republicans have become?

Who the hell are these people and are their votes so critical to Republican candidates that they are afraid to call them out? Trump said they are “very special and we love you.” Will he continue to be the standard by which Republicans measure themselves? The truth is that they are, at best, a mob incited to violence by the president of the United States! Given the events of the past few days, if we had a president’s Cabinet made up of people with courage, they would invoke the 25th Amendment. But of course, we don’t, and they won’t. So, what’s next?

I may be hopelessly naïve, and I have been wrong about politics in the past. (I lost a race for Congress in 2004 (NV’s CD3) by more than a tiny percentage.) But, knowing Trump as I do, I do not believe for one minute that he has any intention of running in 2024. He will try desperately to maintain the fiction, though, in order to preserve his so-called “base.” Are those who occupied the Capitol on Wednesday representative of today’s Republican Party — or are they just the latest version of a cult that has drunk Trump’s Kool-Aid and become a mindless group of anarchists?

Winston Churchill in 1937 said: “Dictators ride to and fro upon tigers from which they dare not dismount. And the tigers are getting hungry.” I have to believe that any Republican who pins his or her hopes on riding Trump’s “base” in 2022 or 2024 will be riding the back of a dangerous tiger. Can they somehow find the courage and the skill to cure the cancer that Trump has set loose? Can they restore the faith of their followers in the basis of our democracy and the grand bargain our Founders put in place?

Frankly, I am not smart enough to know or predict. I do believe that there must be consequences for what happened Wednesday and that begins with the president of the United States.

Tom Gallagher, a former partner in the firm of Gibson Dunn and Crutcher and later chief counsel to U.S. Sen. John Tunney, became CEO of Park Place Entertainment, the gaming spinoff of Hilton Hotels, in 2000. Gallagher now teaches at Boyd Law School. He is also a donor to The Nevada Independent. View all our donors here.