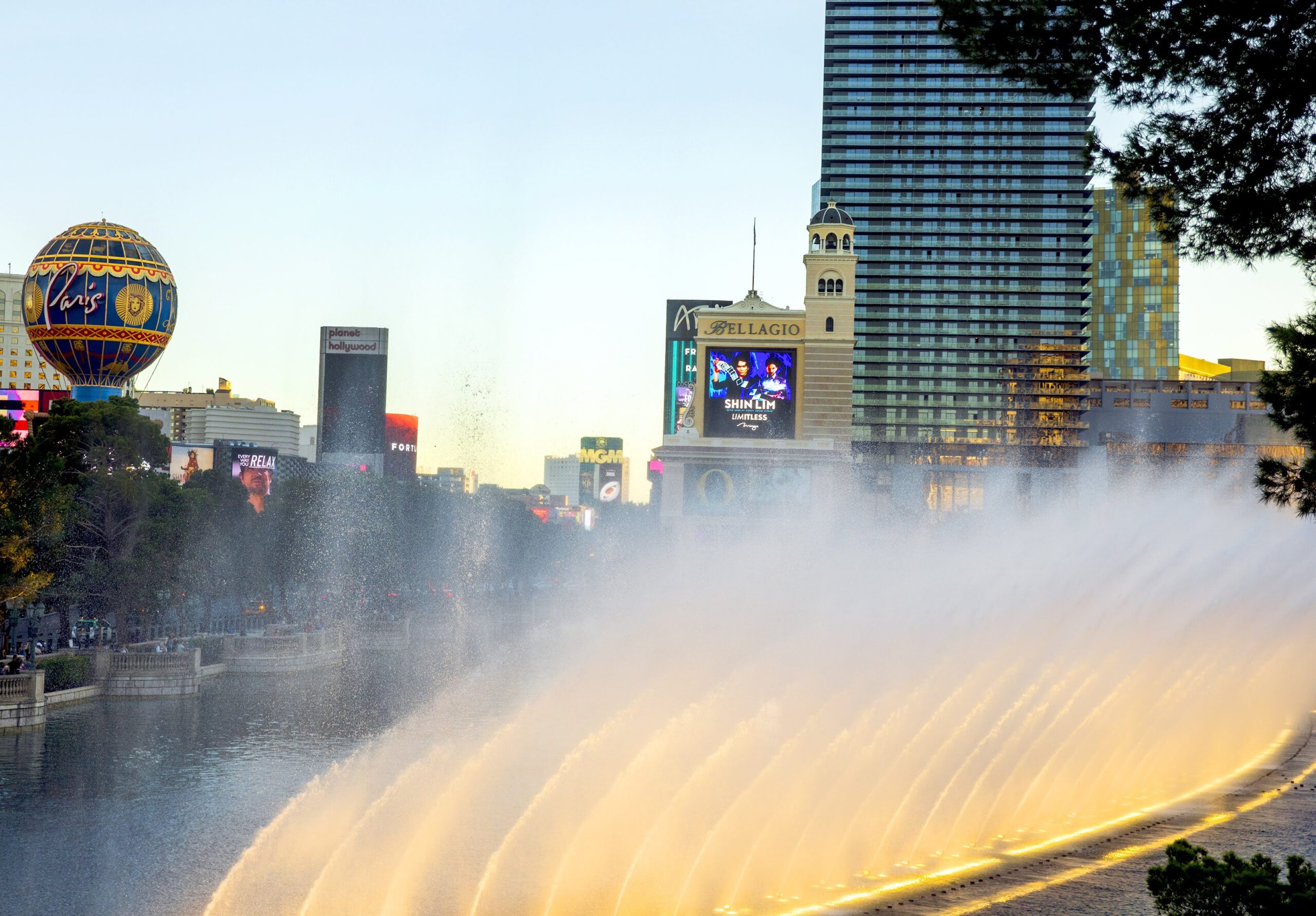 Smoking is still allowed indoors, our drivers are among the worst in the nation, the LINQ parking structure floods like clockwork with every major rainstorm and the slot machines at grocery stores are, apparently, an acceptable way to dispose of extra pocket money.

For folks who were born elsewhere, living here is a subtly strange experience. Days of mundane normalcy are occasionally punctuated by brief reminders that this little town in the Mojave has an honored place in the imaginations of people all across the globe.

The sheer resiliency of our tourism industry over the last year — in the face of relentless and lingering concerns about the pandemic — demonstrates just how important our city has become to a world desperate for a little escapism. As Christmas weekend approached, the under-developed interstate that connects Vegas with Southern California saw its predictable congestion of tourists making pilgrimage to the city of neon lights and blackjack tables. And next weekend, despite new concerns over the Omicron variant, scores of people anxious to get a taste of our city will pack the hotels and resorts throughout the valley for a one-of-a-kind New Year’s Eve experience.

To be sure, the perception out-of-towners get of Las Vegas is something different than what is experienced by residents. When people elsewhere learn you’re from Las Vegas, they imagine you reside in some penthouse suite at Caesars, or that you can feel the spray from Bellagio’s fountains from your backyard. In reality, of course, living in Las Vegas isn’t much different than living in any other suburban city… except it is. And it’s different in strange and unexpected ways that are difficult to articulate to those who haven’t experienced it.

We do things our own way in this corner of the desert. Sure, many of us might be used to seeing slot machines in gas stations — but to the vast majority of Americans visiting our state, this is instantly identified as one of the weirdest indicators they are no longer in Kansas. And this time of year, that’s actually one of the more subtle ways we distinguish ourselves from the rest of the world.

Beyond the quaintly decorated Christmas trees and white stucco walls of our homes and apartments, this bustling city approaches the holiday season with unique eccentricity. Where else in the world does Santa speed down a zipline over the heads of inebriated revealers basking in the glow of flashing neon lights? New York City might have “the” tree at Rockefeller Center, but even that pales in comparison to the opulence of a 42-foot-tall Christmas tree and 7,500 poinsettias on display in Bellagio’s Conservatory.

And, of course, the 8-minute coordinated fireworks display scheduled for New Year’s Eve is rightly regarded as a spectacle to make the Times Square ball drop look positively boring.

Even away from The Strip, there’s something remarkable about this time of year that isn’t directly tied to doing things more “Vegas” than anywhere else. The small-town feel one gets visiting the valley’s numerous churches, city centers and local events is unexpected for a city of its size. The sense of community throughout the area’s suburban sprawl rivals anything one might find elsewhere.

Maybe that’s due to some shared sense of just how “different” the world perceives our hometown to be. We know we live somewhere special, and we’re anxious to share it with those around us.

There’s a love for this city that is palpable and obvious to those who move here. Maybe it’s because, for the vast majority of residents, living here is a deliberative life choice—not merely a product of circumstance. Any number of life events might lead people to Nevada, but deciding to build a life in Las Vegas requires a dedication to loving this quirky corner of America in all its imperfect glory. After all, few people would choose to live in scorching summer heat, brave some of the nation’s worst drivers or endure a weekly influx of party-focused tourists if they didn’t love everything else Vegas has to offer.

Much of the rest of the world assumes Nevada is a romantically distinctive place because it is home to Las Vegas. However, in truth, it’s the other way around. Nevada’s unique culture is what’s responsible for making this entertainment mecca what it is today. This oasis in the desert simply wouldn’t have been able to capture the world’s imagination if it had been created in California, Arizona or any other obscure stopover in these great United States, because it would lack the distinctly Nevadan virtue of embracing the unusual the way we do.

It’s one of the reasons Nevada is easy to fall in love with — and why Las Vegas, specifically, captures the hearts of so many who venture outside the crowded confines of the tourist corridor. Beyond the fountains, lights and extravagance of the mega resorts, Nevada hosts some of the most stunning landscapes in America, most welcoming local communities and most prideful residents (rightfully so) to be found anywhere.

Christmas and New Year’s Eve in Las Vegas, to those who didn’t grow up here, is certainly a “different” experience to behold — but so too is every season in the sunburnt suburban sprawl of “Sin City,” the snow drenched shores of Lake Tahoe or the farfetched outposts of rural Nevada.

That’s why we love it here and why “home” really does mean Nevada.