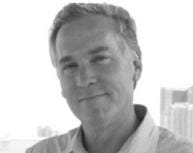 John L. Smith is a longtime Las Vegas journalist and the author of more than a dozen books. He was inducted into the Nevada Newspaper Hall of Fame in 2016, a year that also saw him share with former Las Vegas Review-Journal colleagues in the Foley-Medill Medal for Courage from Northwestern University, the Ancil Payne Award for Ethics from the University of Oregon, and the Ethics Award from the National Society of Professional Journalists.​ Other honors include the 2013 first place award and 2012 third place award for commentary from the Best of the West, as well as honors from:

John has received first place from the Nevada Press Association (NPA) for the best general interest column on a number of occasions and was named the NPA’s Outstanding Journalist back in 1998. He was also a Nevada Writers Hall of Fame Silver Pen Award winner in 2010. He has championed Nevada writers for three decades. He received the first Crystal book award from the Las Vegas Book Festival in celebration of his contribution to the literary culture of Nevada, and he was a member of the Nevada Humanities Committee for six years.

Notably, John was included in a recent collection of some of the best columnists in American history—“Deadline Artists.”  A celebration of the American newspaper column, “Deadline Artists” features columns by numerous masters of the craft including H.L. Mencken, Ernie Pyle, Murray Kempton, Jimmy Breslin, and Mike Royko. It also includes columns by public figures such as Theodore Roosevelt, Orson Welles, Eleanor Roosevelt, Langston Hughes, and Hunter S. Thompson.

​John is also a regular contributor to Nevada Public Radio station, KNPR, the Daily Beast, and CDCgaming reports.com. He is the father of an adult daughter, Amelia. His family roots in Nevada date to 1881.​