81 percent of Nevada Latino voters think abortion should be legal, personal beliefs aside 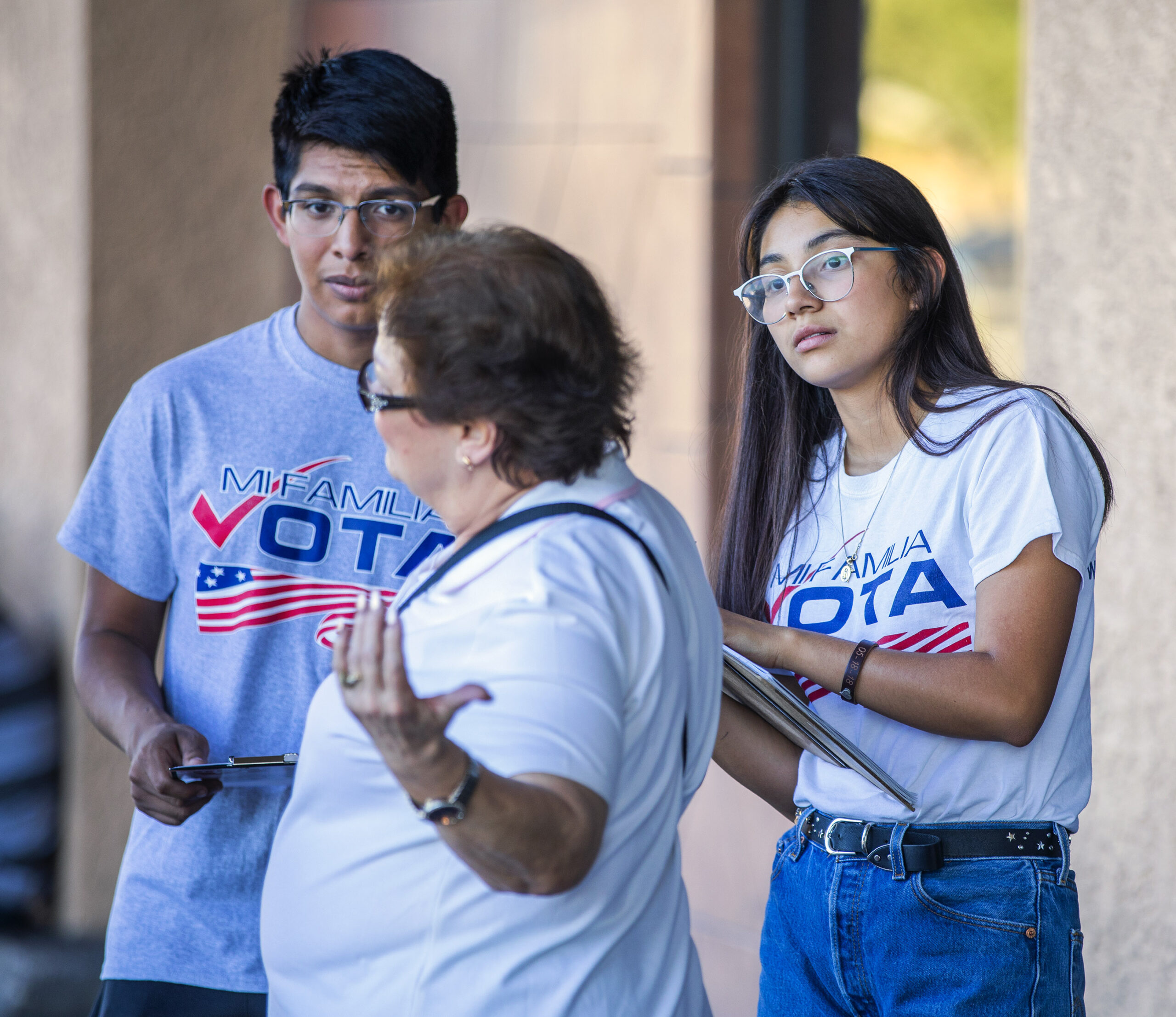 A new poll shows a wide majority of Latino voters in Nevada believe that abortion should be legal even if it goes against their personal beliefs on the issue.

The survey, conducted from July 20 to Aug. 1 by Mi Familia Vota and UnidosUS, found that 81 percent of those surveyed opposed taking the choice of abortion away from others. The same poll found that only 25 percent believed religious leaders should tell their members which candidates and policies to vote for, and the rest opposed that practice.

“Latinos have historically not viewed political questions through a religious lens, which makes our next finding a little bit more understandable,” pollster Gary Segura, president and co-founder of BSP Research, said during a call with reporters on Thursday.

The Nevada-specific findings were part of a multi-state poll of Latino voters who are considered key in the Silver State’s tight races for governor and Senate. The group leans solidly Democratic, although Republicans have made recent inroads, and 63 percent believe the country is on the wrong track.

Immigration has slipped far behind priorities such as inflation (a top-three concern for more than half of those surveyed), but the poll found that 79 percent agree with the statement that “President Biden should not use the situation at the southern border as an excuse to do nothing to protect undocumented immigrants,” and the same percentage believe the president should use his executive authority to act if Congress does not pass comprehensive immigration reform.

“It has faded as an issue of importance as other issues in the immediate environment have become so concerning,” Segura said. “But it remains a deal breaker for Latinos … most of whom who will oppose candidates who will not support a path to citizenship for undocumented immigrants.”

Fifty-six percent of those surveyed said they were certain they would vote in November. Mi Familia Vota is planning to knock on 21,000 doors in Clark County, run digital campaigns that are both bilingual and directed to monolingual, English-speaking Latinos in Nevada, as well as send 240,000 calls and text messages in an attempt to mobilize voters.

“You see high interest, particularly a few months out in a midterm election cycle, for participating in this election,” said Rafael Collazo, the national political director of UnidosUS. “This is not an apathetic electorate. It's unconvinced.”

The poll surveyed 300 Nevada Latino eligible voters in English and Spanish and had a margin of error of plus or minus 5.7 percent.