A moderate's opposition to impeachment 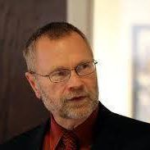 Lorne Malkiewich
January 13th, 2021 - 2:00am
President Donald Trump reacts to the audience during a rally at the Las Vegas Convention Center on Friday, Feb. 21, 2020. (Jeff Scheid/The Nevada Independent)
A moderate's opposition to impeachment

As I have written before, I am a moderate. That simply means that unlike the many other groups that are claiming responsibility for President-elect Biden’s victory, there will be no legislation enacted on my behalf. I’m not writing to defend the president or his enablers. My position is not based upon what is the best strategy for the Democratic Party (which would love to make Republicans choose between defending insurrection and opposing the president’s adamant supporters). My position is based upon what I believe to be in the best interests of our country.

It was a mistake to impeach the president the first time because it was a futile act without Republican support and further divided Congress and our country. It is a mistake to impeach the president a second time because it will further divide Congress and our country at a time when we need as much unity as possible.

The best advice I have ever given or received is to “forgive everybody everything.” It is damn hard, and contrary to human nature. When you see something like what happened last Wednesday, you want blood. But that is the last thing we need. If reasonable people who supported the president and oppose President-elect Biden are to be brought into an alliance against the hatred, bigotry, denial, and extremism that led to the assault on the Capitol, we need to support them.

Forgiveness is not for the benefit of the forgiven, but for the benefit of the forgiver. Your anger doesn’t hurt those who have trespassed against you, it only boils your blood and clouds your judgment. We should forgive those whose intemperate words and actions inevitably led to the assault so that we can find peace of mind and can move forward in the best interests of our country, and not out of anger, vengeance, or spite. And what is best for our country is to tone down the rhetoric, put the president in the rearview mirror, and move forward in the spirit of collegiality that should characterize the preeminent legislative body in the world.

“Where were you for the last four years?” You will never convince fringe extremists that the election wasn’t stolen, but you can convince more reasonable people who have doubts. To do so, we need to marginalize the extremists, and that means encouraging and supporting those who defy the president and his supporters by standing up for the truth. It is easy to say that a person should have taken a stand before, but do not minimize the consequences of that action.

As we have seen, many of the president’s supporters take that support to extremes – a Republican speaking a word of criticism against the president faced the prospect of being “Romneyed,” becoming a pariah within the party and facing the real (as we now have seen) threat of violence. Do not criticize them too severely for not taking stronger action in the past – forgive them, and encourage them to join a coalition against violent extremism. They can still support Republican principles and many of the actions taken by the administration in the past four years while opposing the divisive hatred that has poisoned our country. You certainly won’t grow the coalition by criticizing those with the courage to defy the president’s myriad supporters and speak out in support of the truth.

“There must be consequences for this insurrection!” Fine. We have criminal laws to address criminal behavior. The people who breached the Capitol are being identified and charged with crimes, which I hope will include murder charges against those responsible for the death of Capitol Police Officer Brian Sicknick. If a prosecutor believes that the president’s actions constitute a crime and a jury of his peers concludes that those actions do, he should be punished according to law.

If the president’s term was not going to end next Wednesday, impeachment would be a more appropriate action. But what will it accomplish now? The trial won’t even occur until long after he has left office. And in two years when the Republicans retake the House of Representatives (the president’s party virtually always loses seats in the House midterm), do you doubt that they will feel entitled to impeach President Biden for maybe knowing something about Hunter doing some bad things? The Democrats can impeach the president. But it would send a powerful message to choose not to.

To heal our country we need to pursue forgiveness, not revenge. We need to encourage our leaders to reject violent extremists, even when the extremists support the leaders’ policy positions. We need to encourage Democrats and Republicans to interact civilly. And we need to do our part, toning down our rhetoric and saying to ourselves three of the most powerful words in the English language: “I forgive you.” And if you insist on some schadenfreude, it would likely drive the president crazy to be forgiven by his adversaries.

The only stronger action to unify the country would be for President Biden to pardon Donald Trump, but that is a subject for another column, and I’ve undoubtedly already made enough enemies with this one.