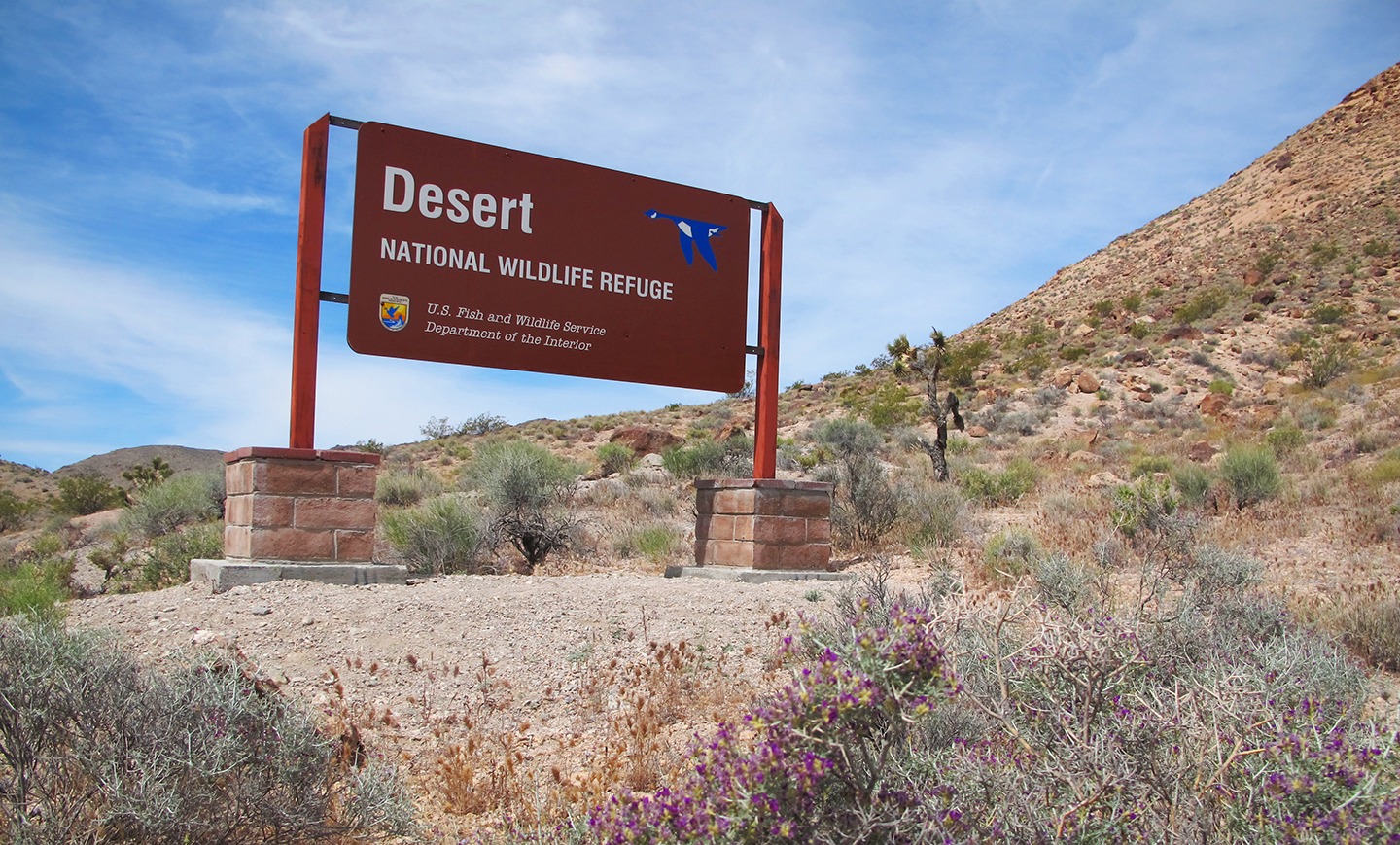 In early June, conservation groups cheered as a Senate committee scuttled the Air Force’s plan to take over protected public land for the expansion of a training range outside Las Vegas.

Then the plan resurfaced in the House of Representatives.

Last week, a Utah Republican offered a surprise amendment during a hearing that put parts of the Air Force’s plan back on the table. A Democrat-controlled House committee approved it.

The move caught the delegation off-guard.

"No one on my side knew the amendment was being introduced,” Rep. Steven Horsford said.

“We weren’t consulted at all,” Rep. Dina Titus said. “It was a surprise to us.”

“This move is totally unacceptable,” Rep. Susie Lee said in a statement.

“We weren’t involved in it at all,” said Rep. Mark Amodei, the only Republican in the delegation.

Now some worry that a new “screw Nevada” deal is on the horizon if Congress moves forward with a proposed expansion opposed by the Legislature in a nearly bipartisan unanimous vote.

“It is shocking to see [a House committee] accept an amendment from a member of the Utah delegation that is not only in opposition to the stated position of the Nevada Legislature but also to the Nevada delegation,” Democratic Assemblyman Howard Watts III said.

Watts and others interviewed for this story said the move carried echoes of the “Screw Nevada bill,” the 1987 federal legislation designating Yucca Mountain as the nation’s nuclear waste repository.

The Nevada Test and Training Range occupies about 2.9 million acres of federal public land over three counties, and it is used by the Air Force to test weapons and simulate warfare.

For years, the military has looked to expand the range by about 300,000 acres and gain more control over decisions made at the overlapping Desert National Wildlife Refuge, land set aside to protect bighorn sheep. But the military’s proposal was met with nearly universal pushback across Nevada, from the Moapa Band of Paiutes to the Legislature to hunting and conservation groups.

The House amendment, offered by Utah Rep. Rob Bishop, stops short of expanding the training range’s existing boundary. Yet it contains language that is just as worrisome for many Nevada groups.

It would give the Air Force the final decision-making authority for more than 840,000 acres of protected land within the wildlife refuge, the largest wildlife refuge outside of Alaska. Although the military currently conducts activities within the refuge, the area is primarily managed by the U.S. Fish and Wildlife Service.

That could change under Bishop’s amendment, if approved in a final bill later this year.

“It definitely gives the military final decision on anything,” said Shaaron Netherton, the executive director for Friends of Nevada Wilderness. “I worry they could do anything they want to those lands.”

Bishop’s amendment would allow the Air Force to use the area within the refuge to respond to emergencies, to build new communication sites and to drive small vehicles on and off-road for training, potentially disturbing protected wildlife habitat. It does not allow “large force or heavy force activities” or “new weapon impact areas.”

The refuge, spanning about 1.6 million acres, protects a range of ecosystems, from a desert landscape with sand dunes to a mountainous terrain that supports pine forests.

The amendment would give the military final say in how about half of the refuge is managed. Horsford, who represents the area, said that handing over management authority would represent the “biggest loss of refuge in U.S. history.”

“The amendment is an affront to Nevada's vast wildlife habitat and the Deseret National Wildlife Refuge system,” he said.

Conservation groups say that handing the military control of a vast subsection of the wildlife refuge would damage wildlife habitat and undermine conservation work.

Defenders of Wildlife CEO Jamie Clark Rappaport called the amendment “anti-wildlife and anti-national wildlife refuges to its core” after it was approved by a committee last week.

“Proper management of imperiled species like the desert bighorn sheep and desert tortoise is essential, and the relinquishment of control over refuge lands is a threat to wildlife and the public interest,” she said, urging Congress to remove Bishop’s amendment from the final bill.

‘Slipped into the House NDAA’

Because the Air Force range operates on federal public land that belongs to all Americans, Congress sets the rules on what the military can and cannot use — and for what purpose.

Next year, the old rules are set to expire.

That means Congress has to renew the scope and purpose of the training range in the National Defense Authorization Act, known as the NDAA, an annual bill that sets the military’s budget.

From the beginning, the Nevada delegation was closely involved in negotiations over the Air Force’s proposal, which underwent an environmental review process. After opposition to the original proposal, Sen. Catherine Cortez Masto presented compromise legislation last year.

That compromise bill allowed for a slight expansion in the training range, but it kept the U.S. Fish and Wildlife Service in charge of decisions on the refuge. It also would have protected land with wilderness protections inside the refuge and in surrounding areas.

In June, the Senate Armed Services Committee sent the Air Force back to the drawing board. The committee did not include their proposal to expand the range in the NDAA.

The Republican-led committee said it was “disappointed by the lack of engagement conducted to date by the Air Force and the failure to coordinate with all relevant stakeholders, including other committees of jurisdiction, the Nevada delegation, tribes, hunters, and conservationists.”

For the delegation, it was considered a big political win.

Then the Bishop amendment came along.

“The Bishop amendment was slipped into the House NDAA without consulting the Nevada delegation,” Jorge Silva, a spokesperson for Sen. Jacky Rosen said in a statement.

Silva called it “inconsistent with the productive efforts” around the compromise bill that “strikes a balance by providing Nevada’s servicemembers the resources they need to meet modernization requirements to defend our nation while also designating new areas of wilderness.”

Silva said Rosen is working “to ensure this amendment is not part of the final bill in the House.”

Woodarski said the Bishop amendment “ignores the recent bipartisan recommendation from the Senate Armed Services Committee that the U.S. Air Force continue to work with local leaders and stakeholders in Nevada’s tribal and conservation communities on a new approach that balances the training needs of our United States military with those of all relevant parties.”

Bishop's office did not respond to email requests for comment.

That Bishop, a Utah representative, came to introduce the amendment is a point of frustration.

“It was an underhanded move that intentionally left the vast majority of interested people — and even politicians — on the outside,” said Patrick Donnelly, who serves as the state director for the Center for Biological Diversity. “This looks a lot like the ‘Screw Nevada bill’ 30 years ago.”

Environmental groups and conservationists have consistently criticized Bishop, who is retiring after this year, for working to transfer public land and dismantle the Endangered Species Act.

But Donnelly said that House Democrats should share the blame, too.

The House Armed Services Committee, under Democrat leadership, approved the Bishop amendment, and the House Natural Resources Committee waived its jurisdiction to review it.

Horsford, the only Nevada member of the House Natural Resources Committee, said his committee should have oversight and is the proper venue to vet the Bishop amendment.

“The ranking member of the committee will not make these kinds of unilateral decisions that affect Nevada,” Horsford said, referring to Bishop.

Other members of the delegation were equally surprised they were not consulted.

“This is not the first time that Washington politicians have tried to make policy for Nevada without consulting Nevadans,” Lee said in a statement. “The Nevada congressional delegation has been working cooperatively with the Air Force, local Native American communities, and community stakeholders on this issue for over two years. This move is totally unacceptable.”

Conservation groups remain puzzled as to how Bishop came to introduce the amendment or whether the Air Force requested its inclusion. But at this point, Horsford said that “what matters to me most is the amendment is not passed into law and we do everything that we can to kill it.”

The delegation, Titus said, had been told that the amendment came in at the last minute. And on the surface, the language within the amendment appears to fix certain management issues.

In reality, she said that it “expands the power of the Air Force” as they decide how conflicts are resolved. Titus said the refuge's current management structure, prioritizing protections for natural resources, has worked since the land was designated by President Roosevelt in the 1930s.

“We're doing everything we can to get it out,” Titus said.

On Tuesday, Horsford, Lee and Titus sent a letter to both committee chairman asking them to help resolve the issue before the legislation came up for a vote in the House. If not, the House members said they planned to introduce their own amendment to remove Bishop’s language.

“This would allow the duly elected representatives from the impacted state an opportunity to have a voice in this conversation as well as permit more time for the Air Force to appropriately engage with affected stakeholders,” they wrote in a letter shared with The Nevada Independent.

Horsford emphasized that the amendment was an affront to wildlife and public land protections.