AG Ford: Fake electors on his ‘radar,’ but no comment on whether state probe exists 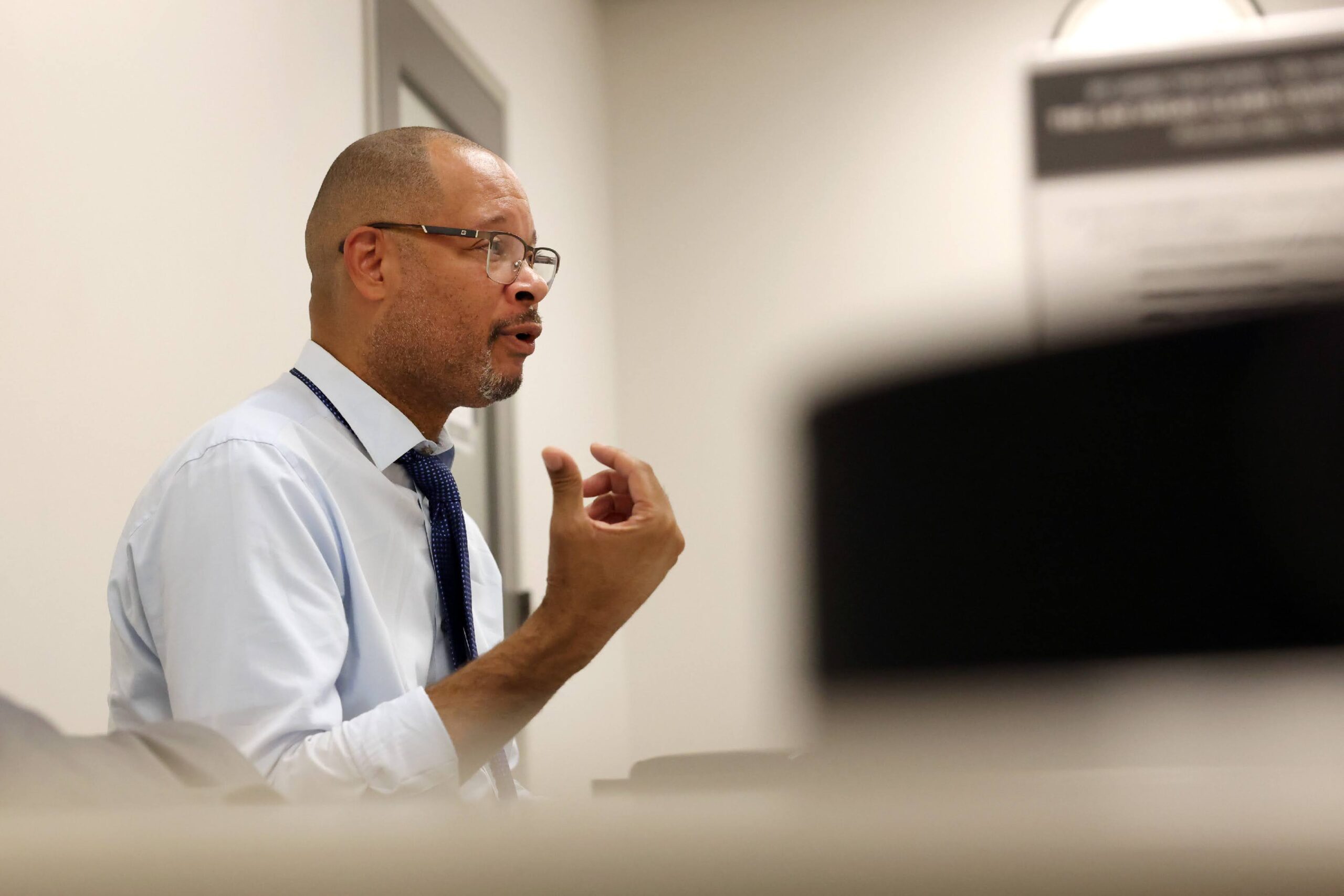 Amid federal investigations into former President Donald Trump and the 2020 fake elector scheme that saw Nevada Republicans attempt to claim the state’s six electoral votes for Trump even though Joe Biden won the popular vote, Democratic Attorney General Aaron Ford is defending his decision not to say much about whether those "electors" will face state prosecution.

In an interview Tuesday, Ford said he does not comment on the existence of any investigations, regardless of subject, though he added that his office has been working with the federal government in its investigation.

State law requires the secretary of state’s presence at any electoral ceremony. Nevada Republicans did not have then-Secretary of State Barbara Cegavske at their ceremony, but submitted documents to the National Archives that declared themselves “duly elected and qualified electors” anyway.

“It's on our radar,” Ford told The Nevada Independent Tuesday. “I know it's unsatisfactory, relative to what people want to hear, but again … I can't be persuaded to speak on something that could potentially jeopardize anything that we are doing.”

His comments come shortly after the congressional January 6 Committee released its final report last month, which include deposition transcripts inferring that the Trump campaign was intimately involved in plans to advance an illegitimate slate of electors in Nevada.

Despite silence from Ford and his office on the issue, other state and local officials have confirmed specifics of their cooperation with federal officials amid a Department of Justice special counsel investigation into Trump and his efforts to remain in power following his loss in the 2020 election.

In November, Justice Department Special Counsel Jack Smith subpoenaed Clark County and state election officials for communications with Trump’s campaign around the time of the 2020 election. Early last month, the secretary of state’s office turned over a single record in response —  an email containing an accepted invitation for an October 2020 Zoom meeting involving election staff, Nevada GOP Chairman Michael McDonald and other members of the Nevada GOP.

On Tuesday, Clark County officials shared with The Nevada Independent a packet of 35 records sent Dec. 22 in response to the special counsel subpoena, which largely consisted of records requests submitted on behalf of the Trump campaign and communications between then-Clark County Registrar Joe Gloria and Jesse Law, a Republican “fake elector” in 2020 and member of the Trump 2020 operation.

In his emails, Law sought information regarding the voting and counting processes in the county, while the records requests submitted by the Las Vegas-based Weir Law Group primarily sought voter signatures and information about mail and provisional ballots.

The emails also included false claims that Clark County officials counted mail votes from thousands of ineligible voters who moved out of the state.