Amid COVID confusion, horse dewormer isn’t all that’s in short supply these days 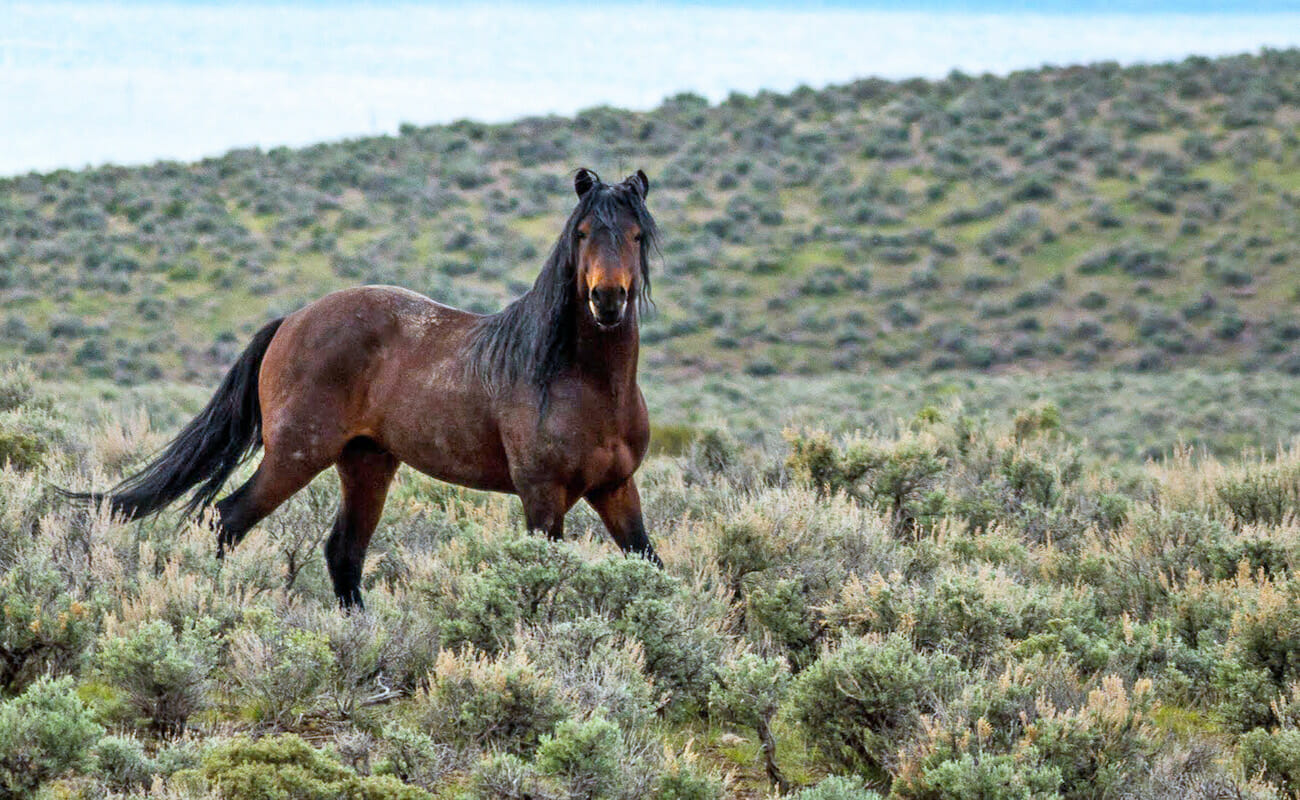 It was another busy morning at V&V Tack and Feed, where friendly employees help Las Vegas animal lovers stock up on sacks of kibble and chow for their horses, goats, pigs, dogs, and cats. It also offers a variety of equine tack from bridles to leg wraps.

For the record, on Friday the store was out of ivermectin. When it’s in stock, these days the horse dewormer is kept behind the counter like bootleg whiskey or a naughty magazine. It’s been a hot item at V&V, but not because the local equine population has been overwhelmed by redworms, roundworms, or pinworms. Why, even the parasitic flukes appear to be keeping to themselves these days.

As news reports that have now circled the globe have attested, ivermectin is being touted in misinformed parts of the media as the latest “miracle cure” for COVID-19. The fact that ingesting horse dewormer is dangerous and ineffective for coronavirus is not enough to dissuade the true-believers who swear to their souls that the currently available vaccines are part of a larger plot to rob patriots of their freedom and even to implant mind-controlling microchips into the brains of the easily manipulated.

For V&V’s Shelly Smith, who at one point asked customers requesting the dewormer to show a photo of their horse, it’s all a little overwhelming — especially some of the calls she’s received.

“They think we’re killing people by not giving them ivermectin,” she says. “A guy called and threatened to come down and protest in front of the store. It’s ridiculous.”

For many people, the evolving signals sent from the real COVID-19 experts have been hard enough to follow. In a time of extreme misinformation about the virus and vaccine, even the time-tested method of wearing a mask to slow the spread of disease has been hopelessly politicized. Some would rather believe taking horse dewormer makes better medical sense than an FDA-approved vaccine.

The smoke of hysteria and conspiracy continues to billow.

From former President Trump’s harebrained talk of injecting a bleach substance into COVID patients and shining a cleansing light on them, to his effort to tout the anti-malarial drug hydroxychloroquine as a miracle cure for COVID, the snake oil never ceases.

Anyone remember when the misleading reporting that fish tank cleaner containing “chloroquine phosphate” resulted in the death of an Arizona man? He and his wife had had heard the president repeatedly boast of the promise of the drug, and so they ingested chemicals intended to disinfect a fish tank.

Aquarium cleaner has been replaced by horse dewormer with predictable results following a wave of disinformation spread through right-wing media and such medical experts as celebrity podcast king Joe Rogan.

Users of horse-strength ivermectin have been hospitalized with severe stomach issues and have experienced bouts of blindness. But that’s little price to pay for avoiding a vaccine that’s been scientifically tested and used safely by millions.

The phony miracle cures and misleading medical studies that proliferate on the internet are not so different from the sweeping and successful effort to turn mask wearing and social distancing into a Constitution-crushing hill to die for. Last year’s “Stop the Steal” deception has morphed into an unprecedented anti-mask and anti-vax movement that not only serves a political purpose by firing up the Republican base, but threatens thousands of lives and the health of the nation for years to come.

Most troubling is the deceptive idea that the angry disruption of local school districts and other government meetings and the brushfire public protests are somehow examples of organic political action. They are not.

The influencers on the right and their friends in the long shadows of the Internet continue to spread a dangerous message that tested vaccines aren’t to be trusted, and masks are either unpatriotic or a sign of weakness or creeping socialism.

It’s something that Dr. Peter Hotez, dean of the National School of Tropical Medicine at Baylor College of Medicine, has spent many hours attempting to combat. The respected virologist knows that stopping the spread of COVID-19 not only rests on increasing vaccination rates, but also on efforts to inoculate more people against vaccine disinformation. There’s little time to waste.

Writing in nature.com Hotez argued for an aggressive attack – a counteroffensive – against anti-vax aggression. It’s a stance that many of his colleagues have been reluctant to take. But, he notes, what’s happening isn’t a matter of overcoming vaccine hesitancy, which exists for several understandable reasons.

“Today, the anti-vaccine empire has hundreds of websites and perhaps 58 million followers on social media,” he wrote. “The bad guys are winning, in part because health agencies either underestimate or deny the reach of anti-science forces, and are ill-equipped to counter it.”

Multiple investigations have “described how Russian intelligence organizations seek to discredit Western COVID-19 vaccines,” he observed. “One campaign implies that it could turn people into monkeys. This builds on a longer, well-documented history of Russia-sponsored disinformation, presumably to destabilize the United States and other democratic countries.”

All that disinformation makes it so much easier for snake-oil salesmen to pitch their swill, whether it’s antimalarial drugs, fish tank disinfectant, or horse dewormer. When you’ve been made to distrust vaccines and medical best practices that are the result of an unprecedented effort by scientists to halt the spread of a virus that has now killed more than 4.5 million people worldwide and nearly 650,000 Americans, you’re likely to believe just about anything.

Back at the tack and feed store, Shelly Smith sounds like she misses the simpler times when equine dewormer wasn’t the snake oil du jour.

Sometimes she thinks, “Why even bother? It’s 15 bucks a tube. Why even get into the argument?”

Her actual customers, the ones who know mane from tail, appreciate the convenience.

“The horse people are super cool about it. They think it’s hilarious.”

You’d think the rest would have better horse sense.