As behavioral health budgets are slashed, advocates in recovery hope to make addiction and mental health services a voting issue 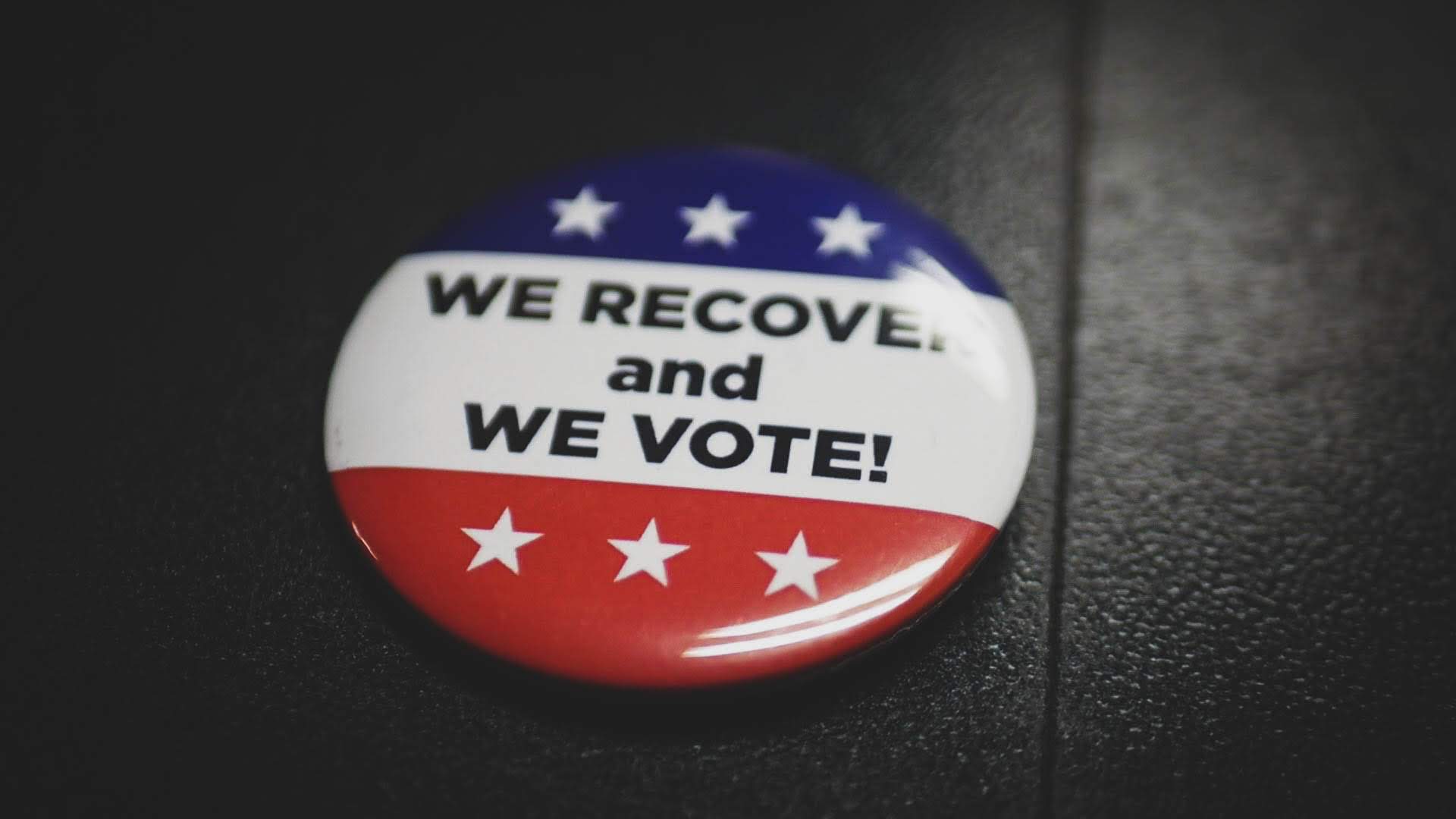 A new poll shows that 76 percent of Nevadans do not know their preferred candidates’ positions on addiction and mental health recovery, but one group is working to change that in the hopes that it will allow Nevadans who have been affected by addiction to better advocate for themselves and their loved ones.

With Nevada facing an economic downturn because of the pandemic, budgets are being slashed statewide, and behavioral health services have taken a hit. In the face of these issues, the Recovery Advocacy Project, a bipartisan coalition of individuals in recovery hoping to push for more effective services in the state, conducted a poll to gauge Nevadans’ feelings about how recovery is addressed by the legislative and judicial systems.

The group began its work in earnest in 2018, working closely with Recovery PAC, which has reported over $200,000 in in-kind contributions for things such as media promotions and staffing and executive expenses from the group in the past two years. While Hampton says the group isn’t directly associated with any recovery centers in the state, the team is made up of individuals affected by addiction and mental health recovery.

“It’s really cool to be in recovery and be able to help mold the way Nevadans live with certain bills or issues that might be able to help somebody down the road,” said Phoenix Cutler, an organizer based out of Reno. “One of the big things I’m a huge advocate for is pay it forward.”

The organization is based out of Las Vegas, but has a network of organizers statewide, the majority of whom have life experience with addiction and are themselves in long-term recovery.

“People from the north, people from the south, it’s a very diverse group,” Hampton said. “It’s also bipartisan, made up of Democrats, Republicans and Independents.”

In addition to the poll, the group has been working to bring attention to recovery issues in the state, including hosting a series of town halls which included multiple legislators discussing how COVID-19 has affected addiction and mental health recovery as rates of overdoses and alcohol sales rise and providers seek to address the growing issue. For the last several weeks, the organization has been interviewing candidates for state office regarding their positions on addiction and mental health recovery in the hopes of releasing official endorsements prior to the general election in November.

The group’s poll surveyed more than 1,000 Nevadans by phone with age, party, and gender demographic breakdowns based on the 2016 electorate.

According to those surveyed, 73 percent of Nevadans find it important for the state to focus on addiction and mental health as the state attempts to improve its public health programs in response to COVID-19. Still, legislation passed during a special session in July saw adult mental health services lose funding, with services in the North cut by over $500,000 and in the South by nearly $1 million, and the state budget for problem gambling’s budget reduced by more than 39 percent.

Although the Recovery Advocacy Project originally had a longer list of legislative goals to pursue, these new budget cuts mean the organization’s 2021 mission is much simpler: help to abate the effects of the cuts that have already happened and prevent new ones from being made.

“Behavioral health care services, treatment, harm reduction, prevention — oftentimes these services tend to be the first on the chopping block,” Hampton said. “We need to clearly expand on what we have, but within our scope is going to be protecting what we already have right now … We’re actually having to fight to protect the current funding streams that we already have for the services that already exist.”

Hampton and other recovery advocates believe the key to accomplishing these goals is organization.

A major roadblock that has long faced individuals suffering from mental health and addiction issues is the stigma associated with these problems. A fear of the judgments of others and the potential dismissal of their ideas has prevented many from speaking openly about their struggles or to effectively advocate for themselves.

“The whole concept of anonymous programs was just that,” said Alvin Elliot, an organizer based in Southern Nevada. “People wanted to remain anonymous.”

In addition to making it difficult to advocate for the community’s needs, this deeply ingrained stigma creates problems even earlier in an individual’s recovery journey, sometimes stopping them from taking the first step. According to the poll, 79 percent of Nevadans believe that the stigma associated with mental health and addiction problems prevent individuals from seeking treatment.

Elliot, who himself has been in recovery for 34 years, agrees with that assessment, and said that  just as the recovery process hinges on being able to push the stigma aside and be honest about your experience with addiction, so, too, does the process of advocating for political and social change.

“Nothing breaks down the wall of stigma better than a person in long term recovery who has a story to tell and who tells that story,” he said. “The American public loves a story of redemption.”

Cutler believes that although it is important for those in recovery to reach out and tell their stories, it is also vital that elected officials are willing to listen.

“If some of these political figures don’t learn how to change their mindset or even get familiar with people who are in recovery, we are never going to reduce the stigma. Ever,” she said.

For Elliot, it’s all connected. Stigma prevents many who struggle with addiction from sharing their stories, and not being honest through storytelling prevents those who have had no connection to addiction, including those in office, from understanding the realities surrounding addiction well enough to address them.

“If we reduce the stigma that surrounds substance use disorder, I think that will open up the doors for others to come out … and break a little bit of their anonymity to support these issues and get out and talk to their legislators,” he said.

Advocates say they believe that having an understanding of what people in recovery face and the humanity of those who have suffered from addiction — either through education or personal connection — heavily contributes to support of expanded services.

Young people, ages 18-34, were the group the poll found most likely to know someone who has been personally affected by addiction and mental health recovery, and that same group was the most likely to support policies that would expand access to recovery.

The opioid epidemic was declared a national emergency in October 2017, and that year, Nevada had an overdose rate of 13.7 per 100,000 residents. That number had been dropping since 2015 but now seems to again be on the rise. In the first seven months of 2020, the Southern Nevada Health District reported that Clark County has seen a 125 percent increase in fentanyl-related deaths compared to the same period in 2019.

Hampton believes that the secret to mobilizing young people, which historically is the least likely to vote, is to get them to see how the legislative process can be helpful with these issues which affect them directly and materially. He has been visiting younger people in recovery homes to register them to vote and educate them on the positions of state legislators, and he hopes that the efforts of the organizers of the Recovery Advocacy Project will continue to reach this population.

“It’s real. They’re watching people die,” he said. “It’s not something that is abstract or they’re just hearing about. It’s something that they’re seeing and experiencing every single day.”

As the organization looks forward to releasing its endorsements, Hampton believes that candidates can only benefit from being transparent about their support of addiction and mental health recovery services.

Across the board, most of the policy questions posed in the organization’s poll were met with support by voters of every party. When asked whether first responders such as police officers, firefighters, and EMTs, should receive more training on how to respond to an addiction or mental health related crisis, 84 percent of respondents said yes.

But Hampton emphasized one statistic in particular — 55 percent of respondents said they would consider voting for a candidate of an opposing party if that candidate showed outspoken support for addiction and mental health recovery.

Democrats in particular were willing to cross party lines over this issue, with 58 percent of registered Democrats surveyed saying they would consider it.

Elliot himself said he has voted across party lines in the interest of supporting addiction and mental health services.

“I am a lifelong Democrat, but I was able to vote for Republicans last term based on their support of our recovery platform,” he said. “I put policy before party.”

Elliot hopes to emphasize directly to candidates the size and importance of those affected by recovery as a voting block.

“When recovery votes,” he said. “They can win and recovery wins."