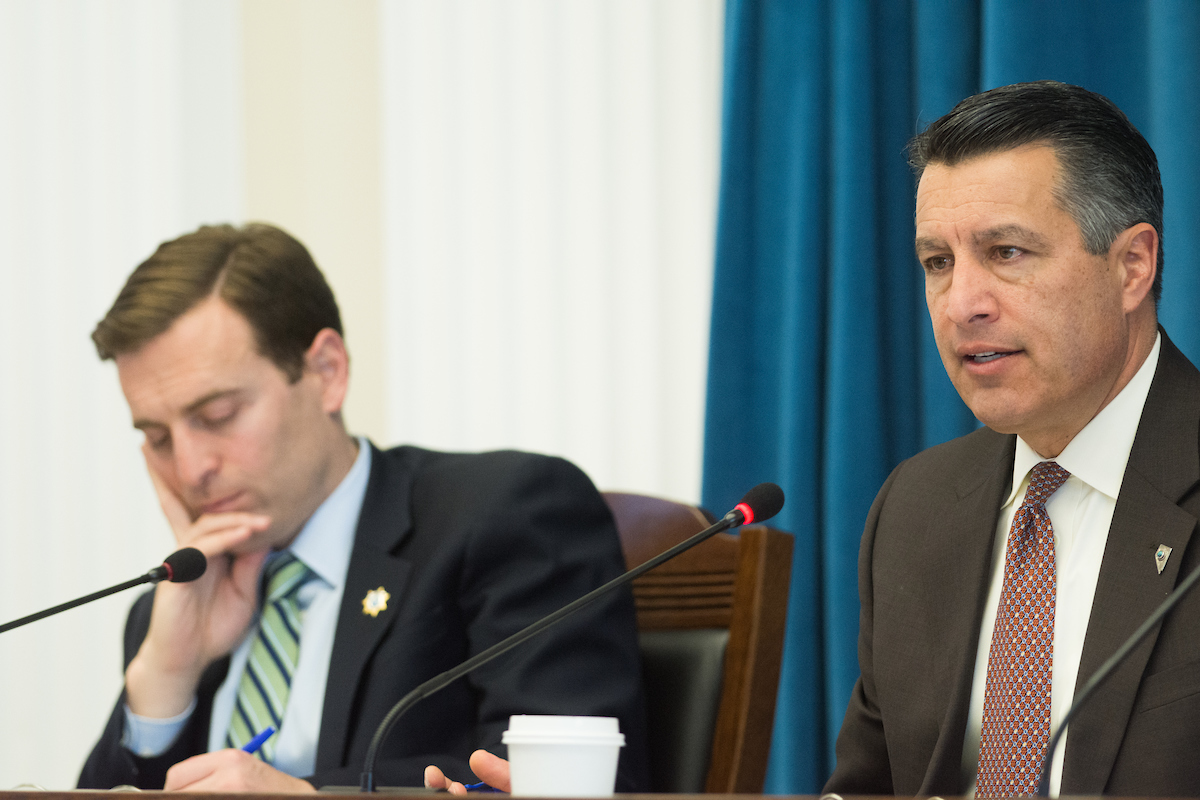 Gov. Brian Sandoval remains immensely popular, but most Nevadans did not know he has refused to enforce a background checks initiative that passed last year and feel less favorably toward him when they learn about it, according to a poll by a group advocating for the stalled Question 1.

The survey, conducted by Global Strategy Group for Everytown for Gun Safety at the end of last month, found 71 percent of Nevadans think the governor is doing an “excellent” or “good” job, but that 65 percent of Nevadans were unaware he has not enforced the law and 52 percent feel less favorably toward him when they are told.

The survey also found that Attorney General Adam Laxalt, whose legal opinion guided Sandoval’s decision, has only a 38 percent favorable rating and remains unknown to nearly 40 percent of Nevada voters.

The poll of 800 likely voters was conducted Nov. 27-30 and has a margin of error of 3.5 percent. Global Strategy Group is a Democratic firm and had a C-plus rating last year from 538.

The survey also shows what a gun-friendly state Nevada is. From the polling memo (posted below):

“Likely voters in Nevada boast a strong gun culture: Over half (52%) either own a gun or live in a household with a gun, and 43% of gun owners have at least three guns. Furthermore, a strong majority (54%) of voters have a favorable impression of the National Rifle Association (NRA). But a plurality of Nevada likely voters (48%), including 40% of gun owners, also believe gun laws in the United States should be stronger, with only 11% saying laws should be less strong and 37% saying laws should be kept the same.”

Nevertheless, the survey found great support for background checks, as all polls do, and that Sandoval’s numbers are upside down -- 45 percent favorable and 48 percent unfavorable -- once voters are pushed on arguments for Question 1 and his “partisan” stance.

The poll seems to be an attempt to influence Sandoval -- and perhaps Laxalt, too -- on the issue. But Sandoval stuck to his position during an IndyTalks event last week -- he revealed the state is doing free background checks -- and the attorney general is proudly sticking to his position against Question 1.

Question 1 passed by less than a percentage point and lost in every county but Clark, where it won overwhelmingly.

The Democrats have about a 5 percentage point lead (39 percent to 34 percent) over Republicans in Nevada.