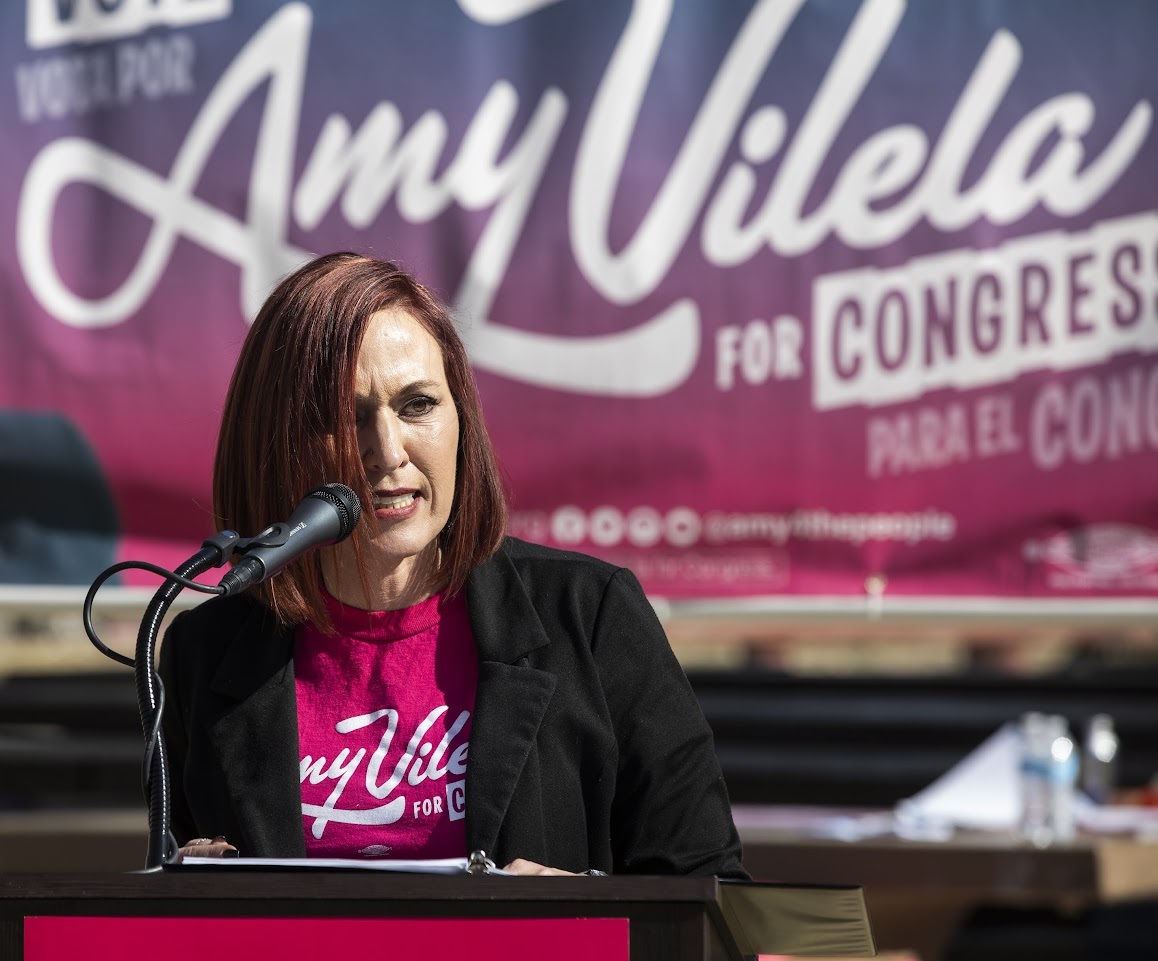 Sen. Bernie Sanders (I-VT) is endorsing underdog candidate Amy Vilela for Nevada’s 1st Congressional District, calling her a “consistent champion” for the Medicare for All movement.

The Thursday announcement was made just a day before early voting for the June 14 primary election ends, and after tens of thousands of Nevadans have already cast their ballot. But Vilela said the endorsement comes at a “critical point” and “adds momentum” to her campaign to unseat Rep. Dina Titus (D-NV).

Vilela co-chaired Sanders’ 2020 campaign in Nevada, helping lead Sanders to victory in the presidential caucus that February. This would be Sanders’ fourth endorsement of a challenger to an incumbent congressional Democrat, including former co-chair for Sanders’ presidential campaign Nina Turner, who lost an Ohio Democratic U.S. House primary last month to incumbent Shontel Brown.

“When elected, Amy will be a champion for working families, and she will fight tirelessly for a Green New Deal, Housing for All, and a progressive foreign policy,” Sanders said in the statement.

Still, Vilela faces an uphill battle. Titus has served in the House for five terms, including four as the District 1 representative, and won her 2020 Democratic primary by more than 70 points. However, the usually safe-blue district is now considered a “toss-up” by The Cook Political Report after redistricting reshaped the district and added more Republican residents into the mix.

District 1 is home to about 156,000 Democratic active voters, nearly 130,000 nonpartisans and just over 111,200 Republicans, according to secretary of state statistics from May.

Vilela ended May with roughly $53,000 in her campaign bank account, compared to more than $1.2 million for Titus.

As of June 8, 50,385 residents in Clark County (which includes most of the population for three of the state’s four congressional districts) have voted in person, according to the county’s elections department. And about 32,500 mail ballots were received in the county in the first week of early voting.