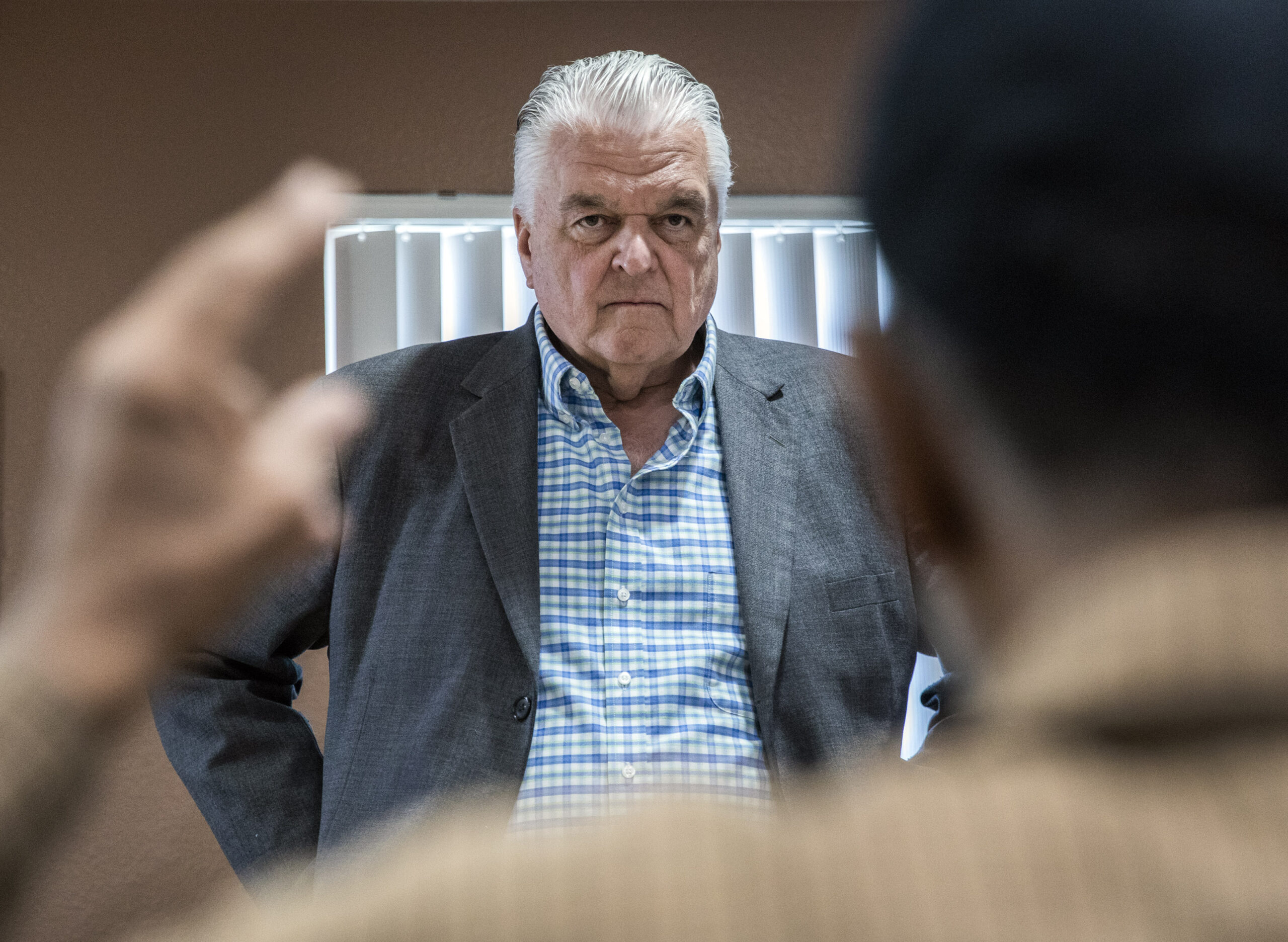 The Sisolak campaign said the businesses were associated with Susan Walters, the wife of Billy Walters. Jay Brown, who’s worked as Walters' attorney, said it was his understanding that Billy Walters transferred control of the couple’s business entities entirely to his wife after his felony conviction last year.

Several entities with the same address contributed a cumulative $25,000 to Republican gubernatorial candidate Adam Laxalt in the most recent reporting period; $10,000 each from WF Irrv Tr McDonough, WF Irrv Tr Covina and $5,000 from WF Irrv Tr Lexington Niss, all made on Oct. 16.

Walters, 72, was sentenced to 5 years in prison and a $10 million fine in 2017 over his role in a $43 million insider-trading scheme in a case that also involved professional golfer Phil Mickelson. He’s also been a longtime supporter of Sisolak, with his affiliated businesses contributing more than $160,000 to the Clark County Commissioner’s various political campaigns over the last seven years.

But more recently, Sisolak has played a different role with Walters — as a witness in the federal government’s lawsuit against Clark County and a Walters-owned golf course over allegations of millions of dollars in uncollected rent at a major golf course on the Las Vegas Strip.

Sisolak sat for a deposition on Aug. 23 on the case, which saw the Department of Justice file charges against the county and company over allegations that the Bali Hai golf course failed to follow through on contractual demands after the land was transferred from federal to local control -- and that the federal government was losing millions of dollars in rent from the site.

A deposition cited in a discovery motion by attorneys for Nevada Links, the Walters-owned company that owns the golf course, includes the commissioner saying he was unaware of how many “participatory leases” the county had participated in. Such leases, which the county entered into with Walters’ company, don’t mandate a minimum rent but instead require the developer share profits with the county. The golf course has failed to generate a profit since it was built in 2000 (before Sisolak was on the commission), though some critics have said the contract gave Walters too much leeway in declaring what could be considered an expense.

The case is still pending in federal court. Sisolak’s campaign said that as chairman of the commission, he is often the default commissioner for any depositions involving litigation against the county.