Brin Gibson steps down as Gaming Control Board chairman 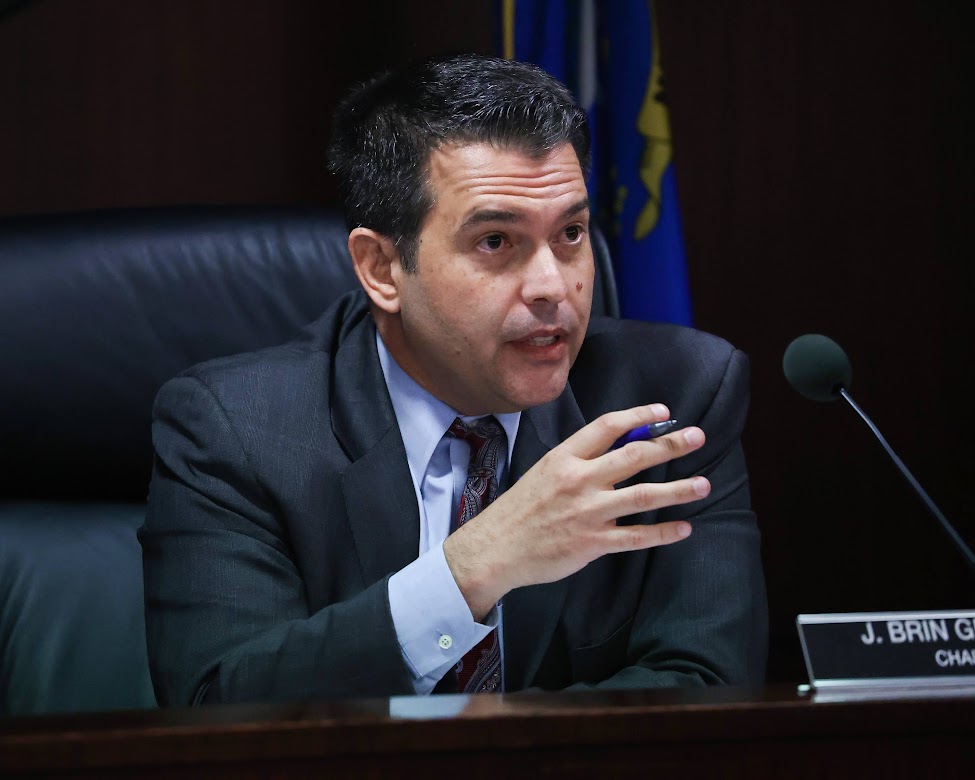 Nevada Gaming Control Board Chairman Brin Gibson is stepping down at the end of November, the governor’s office announced Monday.

Gibson, whose term was set to expire in January, told Gov. Steve Sisolak earlier this year that he planned to pursue a new professional opportunity and not seek reappointment, according to the press release.

Control Board member Brittnie Watkins, whom Sisolak appointed to the board in April 2021, will take over as chairman of the normally three-member board for the December meeting, which is expected to include a request by Hard Rock International to acquire the operations of The Mirage from MGM Resorts International for $1.1 billion.

Watkins is a former complex commercial litigation attorney. She and board member Philip Katsaros will be the only two board members to hear the December agenda. Although the elevation to board chair is temporary, she becomes just the second Black woman to chair the state agency that oversees the gaming industry.

Sisolak appointed Gibson as chairman in November 2020 to replace Sandra Douglass Morgan, the first Black woman to chair the control board, who resigned to take a board position with Fidelity Financial. She is now president of the Las Vegas Raiders.

Joe Lombardo, who defeated Sisolak in the midterm election, will make the decision on a permanent replacement for Gibson after he is sworn in as governor in January. Katsaros’ term on the control board also expires at the end of January.

Gibson formerly served as Sisolak's general counsel from January 2019 until January 2020, before he left to join the law firm of Brownstein Hyatt Farber Schreck.

“I am proud of the work we have accomplished, and I know there is so much more ahead for my colleagues,” Gibson said in a statement.

In a statement, Sisolak said he appreciated Gibson’s “steady leadership.” He said Watkins was “more than ready for this role.”