Bundy Ranch standoff provided a warning of what was to come 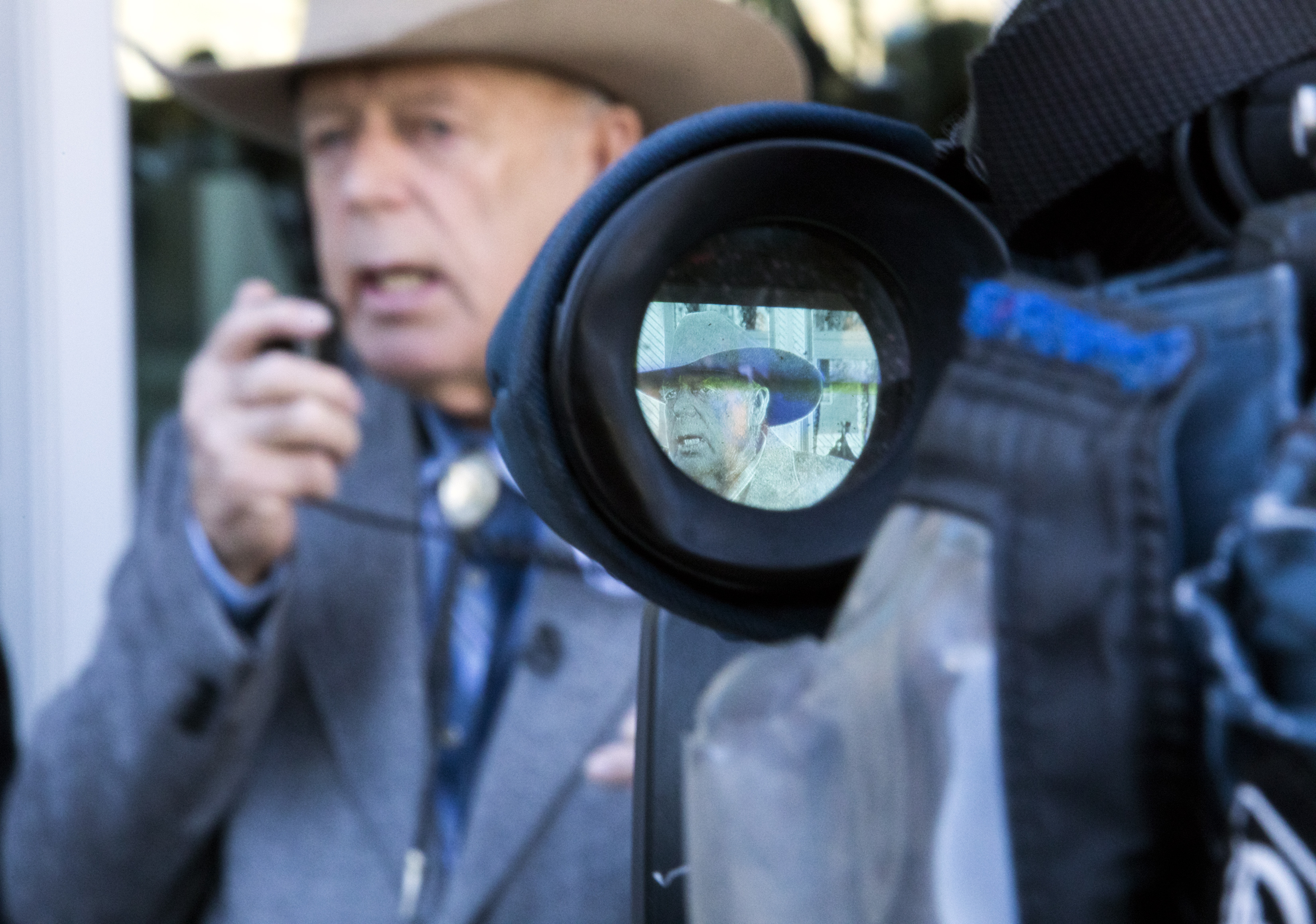 The manipulation of the 2014 Bundy Ranch standoff by the American radical right has become clear with the passage of time.

Although widely portrayed as a recalcitrant Nevada rancher’s personal grazing rights battle with a bullying federal government, those who watched the events unfold there witnessed a dress rehearsal and preview of coming attractions for right-wing extremists and their influencers on conservative talk shows and social media. Among Bundy’s more vocal high-profile supporters were right-wing provocateur and conspiracy theorist Alex Jones and Donald Trump strategist Roger Stone.

So, it was probably predictable that when the House Jan. 6 committee investigating the assault on the U.S. Capitol got around to interviewing a former member of the Oath Keepers, a paramilitary group at the center of the failed coup attempt in 2021, the event that first influenced him sounded awfully familiar.

“My time with the Oath Keepers began back at Bundy Ranch, at that first standoff,” Jason Van Tatenhove said.

At that time, the Oath Keepers were probably best known for the blustering rhetoric of eye-patch-wearing leader Stewart Rhodes and the group’s paramilitary machinations around the U.S.-Mexico border. Rhodes’ brassy style and posturing put him at odds with other more understated militia outfits and associates who heeded the Bundy family’s surprisingly effective call-to-arms on social media.

The Bundy’s propaganda was so effective, in fact, that the court-ordered impoundment of rancher Cliven Bundy’s cattle turned into a standoff with dozens of supporters armed to the teeth and some pointing their semi-automatic rifles down range toward federal security officers. A bloodbath was narrowly averted.

For Van Tatenhove, it was the start of a several-year journey that gave him inside access to the inner workings of the Oath Keepers.  That group’s members kept turning up at anti-government actions that increasingly menaced authorities under the guise of defending constitutional rights.

“I went to cover them as an independent journalist,” he told the committee Tuesday. “I then subsequently covered two more standoffs, the Sugar Pine Mine standoff and the White Hope Mine standoff. It was at that time that I was offered a job as national media director and associate editor for the web page. I spent a few years with the Oath Keepers, and I can tell you that they may not like to call themselves a militia, but they are. They’re a violent militia, and they are largely Stewart Rhodes.”

Van Tatenhove initially believed Rhodes’ propaganda and stated cause. In short order, the writer and artist became a key purveyor of an ever-increasing web of lies and conspiracies that pushed Rhodes’ personal and political agenda.

“I think rather than try to use words, I think the best illustration for what the Oath Keepers are happened Jan. 6, when we saw that stack military formation going up the stairs of our Capitol,” Van Tatenhove said. “I saw a radicalization that started with my beginning of my time with them and continued over a period of time as the member base and who it was that Stewart Rhodes was courting drifted further and further right into the alt-right world, into white nationalists and even straight-up racists.”

After overhearing a group of Oath Keepers members deny the existence of the Holocaust, Van Tatenhove resigned from the group. This past week, he leveled a clear warning to the committee and its audience: “The Oath Keepers are a dangerous militia that has been in large part fed by the ego and drive of Stewart Rhodes, who at times seemed to see himself as this paramilitary leader.”

The assault on the U.S. Capitol occurred fewer than seven years after the standoff at Bundy Ranch. Back then, both sides of America’s political dividing line brought their own perspectives and neuroses to the Nevada desert outside Bunkerville. Those on the left wrote off Bundy as a reactionary scofflaw who refused to pay nominal fees to run his cattle on federal land. Those on the right saw him as an ambling American icon who believed in God and family, the U.S. Constitution and the trampled rights of “We the People.”

Those on the ground at Camp Liberty near the Bundy ranch saw heavily armed militia members influenced by dog-whistles in far-right media prepare for a paramilitary action over a cattle impoundment.

Cliven Bundy was eventually charged along with 18 others in a sweeping indictment nearly two years after the standoff. After multiple trials, the last of which ended with a dismissal with prejudice on the grounds that the government had egregiously failed to turn over key evidence to the defense, Bundy walked free from the U.S. District Courthouse in Las Vegas.

It's important to remember that the rancher never carried a gun during the 2014 standoff. He stood back and let others do that for him.

It was something that might just reverberate these days with Van Tatenhove, who was asked this week about what he perceives as the Oath Keepers’ vision of America.

“It doesn’t necessarily include the rule of law,” he said. “It includes violence. It includes trying to get their way through lies, through deceit, through intimidation and through the perpetration of violence, the swaying of people who may not know better through lies and rhetoric and propaganda …”

Getting a deeply divided American public to take the rise of far-right militias seriously was in 2014, and remains today, the hard part.

John L. Smith is an author and longtime columnist. He was born in Henderson and his family’s Nevada roots go back to 1881. His stories have appeared in Time, Reader’s Digest, The Daily Beast, Reuters, Ruralite and Desert Companion, among others. He also offers weekly commentary on Nevada Public Radio station KNPR. His most recent book, Saints, Sinners, and Sovereign Citizens: The Endless War over the West’s Public Lands, was published in 2021.