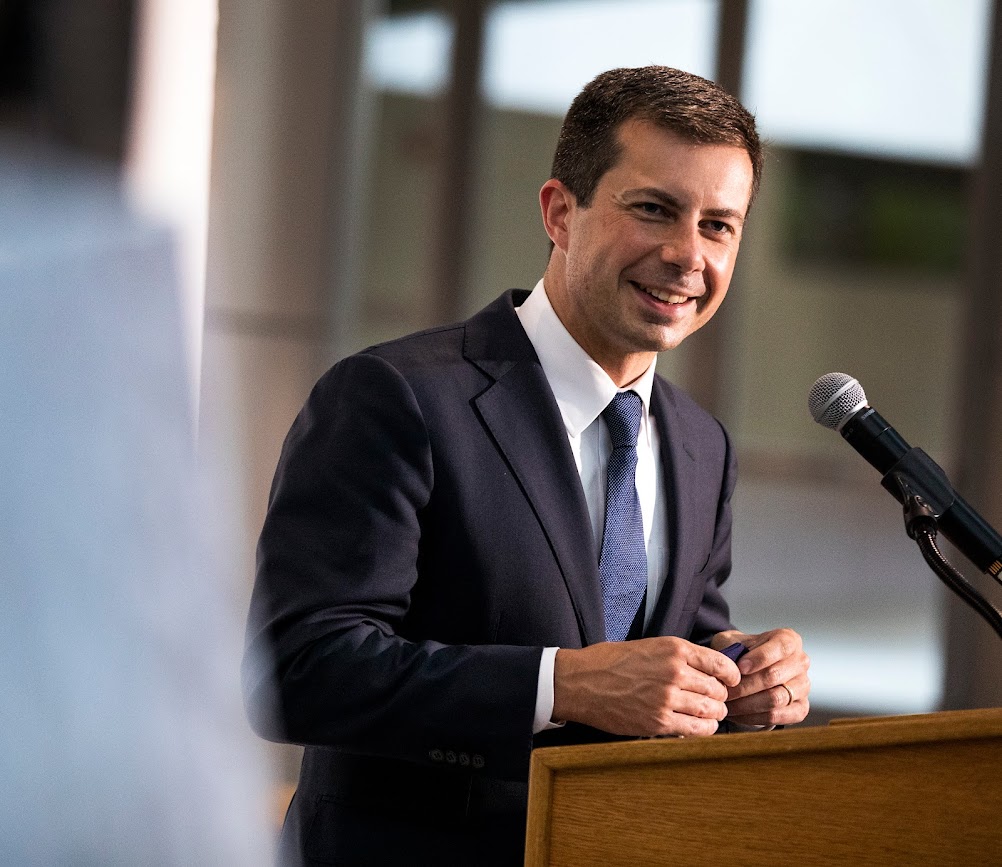 Transportation Secretary Pete Buttigieg brushed off concerns about intraparty feuds delaying  congressional passage of President Joe Biden’s domestic agenda, including a proposed $1 trillion infrastructure bill, calling it “one of the most ambitious things ever done in America” and a vital piece of positioning the nation for the future.

Buttigieg’s remarks came Sunday during an interview with The Nevada Independent’s editor, Jon Ralston, as part of IndyFest, an annual conference exploring political and policy issues affecting the Silver State. The cabinet secretary’s appearance occurred several days after House Democrats postponed a vote on the massive bill because of disagreements among moderate and progressive members of their own party.

“Something that is of course incredibly complex has a lot of pieces to it,” Buttigieg said. “And for that reason, it shouldn’t be surprising that there’s going to be some procedural complexities, too, but we’ve got to get it done.”

The Senate passed the infrastructure package with a 69-30 vote in early August, but it has run into difficulties in the House, where progressive Democrats have been holding out support while they push for action on a proposed $3.5 trillion package that would address climate change and bolster social safety nets.

Buttigieg shied away from expressing frustration about the process and, instead, proffered excitement about the public works projects that could spring from this bill. He equated the debate over the legislation to someone walking into a restaurant and ordering based on the prices without having any idea what the food would be. His analogy nods to the sticker shock the bill has created, despite largely bipartisan support for its contents that would improve the nation’s roads, bridges and railways while also modernizing public transportation.

“Yes, these are big numbers, and big numbers deserve a big level of scrutiny,” he said. “But let's not drift away from what it is that those big numbers are on the table for, which is to deliver things that America needs in order to win the 21st century.”

The transportation secretary touched on several of those modern improvements, including building out reliable internet access and a charging system for the ever-expanding fleet of electric vehicles. Buttigieg said the bill contains $38 million over five years for Nevada to create an electric-vehicle charging system across the state.

His office has been working with the Department of Energy, he said, to identify “alternative fuel corridors,” showing where charging stations are needed on the national highway system.

Buttigieg framed that effort as one that aligns with the urgency to address climate change, which he described as “the biggest challenge facing humanity,” while also creating jobs. But he said the overarching goal is to organize systems and cities in a “climate smart” way that helps people get around easily and safely.

As for how the aviation sector — battered by the pandemic but boosted by federal relief funds — will fare moving forward, Buttigieg acknowledged remaining hurdles, including restoring public confidence in flying and resuming more international travel. But he offered a hopeful outlook for air travel, in part because of consumers’ desire for mobility.

“There’s no question that human beings want and need to go to different places and be around other human beings and so when you look at the energy and the commitment and the innovation in our aviation sector, I think it’s going to be an incredibly fertile time in the years ahead,” he said.

But the conversation wasn’t all business. Buttigieg beamed when talking about his recent entry into parenthood. Last month, Buttigieg and his husband, Chasten, welcomed newborn twins to their family.

“We’re having double the joy, double the work and it’s just an amazing thing,” he said, adding that having children “has me thinking about some of the issues of the day in a whole new way, too.”

The transportation secretary, however, remained mum on any future political plans. Buttigieg, the former mayor of South Bend, Indiana, made a bid for the White House as a candidate in the 2020 Democratic Party presidential primaries. He eventually dropped out and endorsed now-President Joe Biden, but said in a soon-to-be released documentary that he hasn’t ruled out future bids.

“I have no idea if I’ll ever run for office again,” he said Sunday.