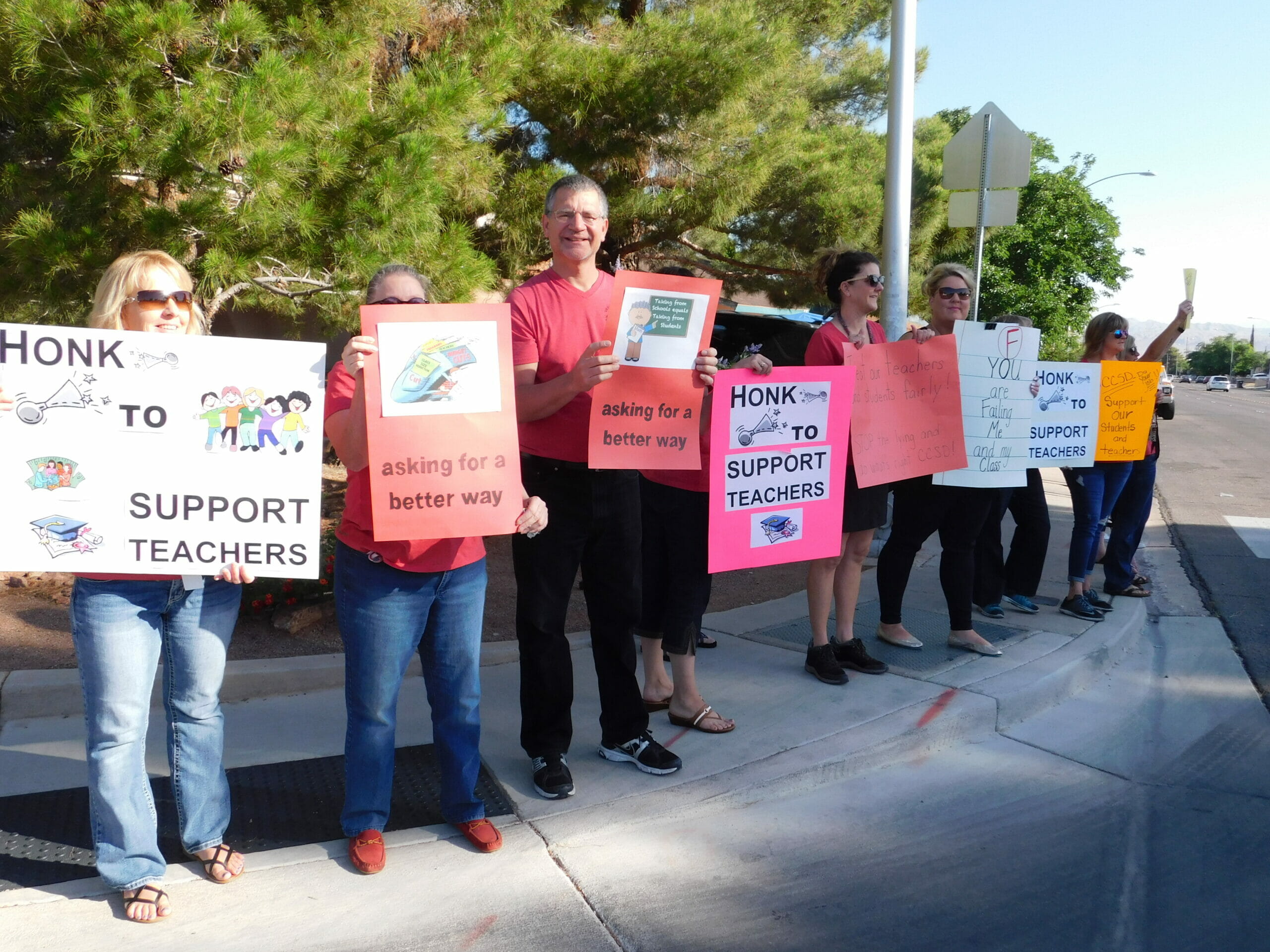 The Clark County School District has reached its longest contract with the teachers’ union in at least a decade, ending a bitter arbitration battle that has dragged on for months.

The Board of Trustees announced the three-year agreement Thursday afternoon, calling it a “historic” moment that could foretell a better path forward for the two parties. The plan finalized by the board and Clark County Education Association involves a multi-year collective bargaining agreement covering the 2018-2019, 2019-2020 and 2020-2021 contracted school years under two conditions:

1.  The school district will honor an arbitrator’s decision and pay licensed employees step increases as well as increased health-care contributions for the 2017-2018 and 2018-2019 school years, which will cost $51 million. It will also put $17 million toward the inaugural year of the professional growth system, which rewards teachers for completing agreed-upon development plans.

2.  The school district and the Clark County Education Association have agreed to work together to lobby the Legislature in 2019 for more funding that could increase teacher pay.

The agreement is pending formal board approval and teacher ratification.

School district and union officials struck a hopeful tone in statements released with the announcement. They indicated a desire to work more closely and formalize a strategy that benefits employees through improved compensation and working conditions, including smaller class sizes.

Teacher morale has suffered in recent years, aggravated by a variety of factors such as stagnant pay and, in some cases, heavier workloads. The unhappiness has spilled into public comment periods during board meetings and rallies outside of district buildings.

“Superintendent Jara and the CCSD Board of Trustees have demonstrated their commitment to resolve problems, and we appreciate that,” CCEA President Vikki Courtney said in a statement. “Now comes the need to move forward by working together to secure additional school funding in the 2019 Legislative Session and beyond. Ensuring that our schools are adequately funded and that educators get the pay that they’ve earned and deserve forever remains our top priority.”

Superintendent Jesus Jara, who started in June, called the resolution of the contract situation one of his top priorities given the need to boost morale.

“We value the hard work of our classroom teachers — they are the most critical factor in improving student achievement," he said in a statement. "We look forward to partnering with CCEA and all of our employee associations to advocate for more funding during the upcoming legislative session to improve class size ratios for our hard-working teachers and working conditions for all our employees."

The contract agreement and arbitration settlement comes during the second week of school for students and staff in Clark County.