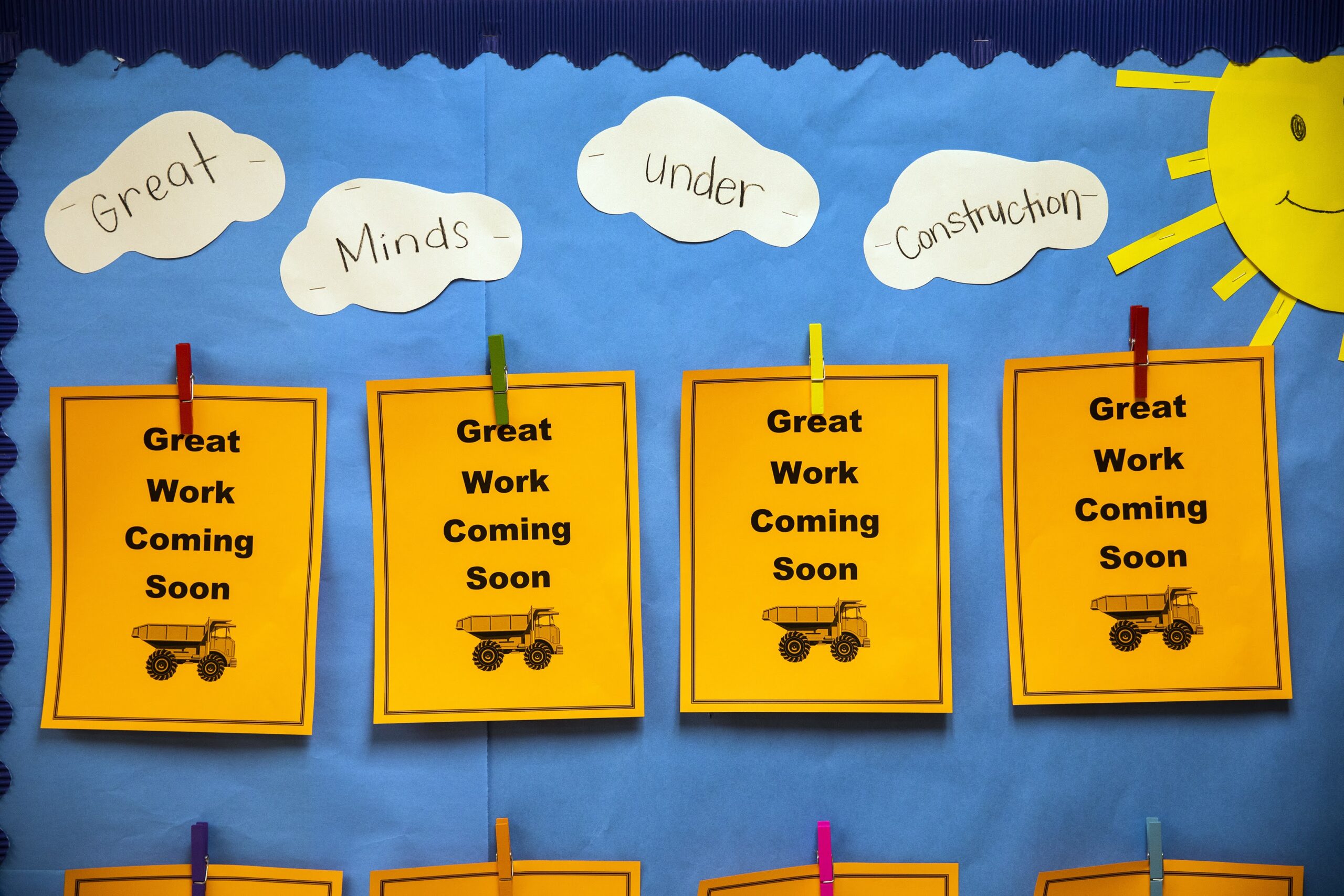 When Clark County students resumed school in August, the full-time return to classroom  instruction wasn’t the only change compared with last year.

They also encountered a new grading system that proponents say promotes equity and better reflects what students have actually learned. But others say the new policy — while perhaps well-intentioned — gives students a free pass from completing practice assignments and increases teacher workloads.

Here’s what changed: The grading reform eliminates the traditional 100-point scale and, instead, sets 50 percent as the minimum grade. The policy, approved by the Clark County School Board in July, also allows students to retake tests and prohibits behavior, late work and attendance from being factored into grades. Additionally, the new policy gives more weight to summative assessments, such as tests, projects or papers, as opposed to practice work.

Shoarega has learned which assignments are considered summative and, because they account for a bigger portion of her final grade, pays more attention to those. It has helped her grades, she said, but also “desensitized” her to completing all assignments.

With only one semester under the new policy, district officials caution against drawing too many conclusions from the change. In other words, it’s too soon to assign any grade to the reform effort.

(The 2020-2021 school year is considered an outlier because most of it was spent in distance learning.)

“We did not expect anything to change radically,” said Rebecca Meyer, the district’s director of assessment. “We’re just beginning implementation. We’ve talked to many districts who have done this work and it takes years.”

And what needs to happen during those years? Professional learning for educators and continuity in practice, Meyer said. Some district schools are further along because they adopted the grading practices years ago.

The district has laid out a three-year timetable for ushering in the changes, though certain aspects, such as the new grading scale and removing behavior from grades, are already in effect. Right now, schools have some leeway in how they handle reassessment and the weighting of summative assignments versus practice work. The eventual goal, Meyer said, is for summative assessments to account for 90 percent of a student’s grade, with practice work (also known as “formative assignments”) making up the other 10 percent.

The district also intends to launch a “consistent reassessment policy to include opportunities for reflection, revision, and reassessment” next school year, according to a timeline posted online.

The school board’s policy approval in July jump-started work at the ground level.

Last summer, Keith Wipperman, principal of Centennial High School, gathered teachers from every department to talk about how best to implement the changes. They put three questions on a whiteboard to serve as guiding stars: “Does it meet our definition of grading? Is it good for kids? Is it reasonable for teachers?” he said.

The group settled on allowing students to retake tests, even multiple times, as long as they agreed to take extra steps to learn the material. If found to be abusing the policy, they could lose the opportunity. The retake tests aren’t necessarily the same as the original, Wipperman said, noting that some teachers may only give students a few new questions that would demonstrate their mastery of the concept or content.

The school also set weights of 75 percent for summative assessments and 25 percent for formative work. The Centennial educators didn’t want to move that needle too far, too fast. Wipperman uses sports terminology to describe the difference to students. Their formative assignments are like practice sessions, while the summative test or project is game day. But he’s keenly aware students are savvy and can quickly figure out just how much work they need to do to achieve a desired grade.

If students are OK receiving a “C,” some will strive to do well on the summative assignments but blow off the formative work, he said. He fears moving to a 90-10 weighted split for summative versus formative work will further demotivate students from completing practice assignments.

“Part of the challenge is changing the way that people think about grades,” Wipperman said. “We’ve created a system so that kids are chasing the number. It’s lost what it’s supposed to be, which is about learning.”

Even so, Wippermain said he sees merit in the overall grading reforms. Under the old grading system, if students missed a few assignments or bombed a test and their grade plummetted far below the 50 percent threshold, they often perceived it as impossible to recover by the end of the quarter. Wipperman said the new grading scale gives students — who may have experienced trauma or are dealing with mental health challenges — some leniency.

But, as educators are finding out, it’s a tricky balancing act.

Wipperman said a math teacher walked into his office near the end of the first quarter and plopped a large stack of papers on his desk. It was late work from students who were scrambling to turn in assignments before the quarter ended.

While unmanageable for teachers, it also wasn’t practical from a learning standpoint: Rushing through assignments at the very end of the quarter wasn’t helping students master and build upon new concepts along the way, Wipperman said. So heading into the second quarter, the school changed its policy and set two deadlines for late work — one near progress reports and the other toward the end of the quarter.

Joel Broome teaches an Advanced Placement Human Geography course for freshmen and a government class mostly taken by seniors at Centennial High School. He has observed more freshmen wanting a chance to improve their grades; however, during the second quarter, when he increased requirements for how students earned a retake opportunity, fewer students sought it. Seniors, on the other hand, were less interested in both completing formative work and requesting a retake test.

Broome said he’s troubled by the “math game” he sees students playing. Many aren’t bothering to do formative assignments given that they only account for 25 percent of the final grade.

“When they attempt that work, many of them are copying from other students,” he wrote in a follow-up email after an interview with The Nevada Independent. “Students also know that the lowest they can get on any assignment is a 50%, so students are picking and choosing when to put forth effort and when not to.”

Broome acknowledged there is no perfect grading system, but he has witnessed more procrastination among students since the change. He fears those habits will make them ill-prepared for college, where they likely won’t receive the same grace in terms of late work and test retakes.

Sarah Comroe, a government teacher at Rancho High School, said she fully supports a move toward mastery-based education. She doesn’t expect her students to memorize and regurgitate facts for tests. Instead, Comroe asks students to complete projects, such as designing a website or slideshow, and give presentations summarizing what they have learned.

Her beef largely boils down to the implementation. She said it occurred too fast and without input from teachers — the people responsible for carrying it out day to day in classrooms. The grading reform could use more structure, she said, pointing to the late work aspect as one example.

“Kids need structure and we just came out of a full school year virtual, and we are just coming back into the building,” she said. “They’re craving structure because they didn't have it really.”

Samuel Hwang, a junior at Clark High School, has embarked on a campaign to encourage the district to rethink the policy. He has surveyed his peers, written newspaper editorials and brought concerns to school administrators and trustees.

Hwang said the reforms simply change how grades are measured versus actually improve the quality of education students receive. The analogy he uses is this: The amount of water in a bottle doesn’t change whether it’s measured in cubic centimeters or fluid ounces.

While he doesn’t oppose giving students extra chances to demonstrate learning, Hwang doesn’t see that playing out in practice — and he doesn’t fault the teachers. It’s too time-consuming, he said, to expect educators to constantly create new assessments for the retakes. Hwang said students would be better served by school officials setting clear expectations, telling them where they are struggling and giving them specific resources and instruction to improve.

“In theory, yes, if the student retakes and the test is completely new and then they improve, that’s great,” he said. “It shows learning, but the problem is, we do not live in a perfect world where every test, every assignment that we retake is going to be something different.”

Hwang said roughly 700 Clark High School students completed his survey earlier this fall and, of those participants, 60 percent expressed negative feelings toward the new grading policy, while 30 percent were relatively indifferent and 10 percent favored the changes.

As a parent, Meredith Freeman — whose twin daughters also attend Clark High School — said she appreciates the policy’s shift toward mastery-based learning. Students should keep trying until they get it right, she said, the same way a mechanic fixing brakes or a chef cooking food would do in the workplace.

But she has observed some downsides: inconsistency from teacher to teacher and her ninth-grade daughters pulling all-nighters toward the end of each quarter because of the lack of deadlines throughout the nine weeks.

“They didn’t groom these kids for the accountability of it,” she said. “They didn’t give the teachers enough time to adjust their curriculum and assignments.”

Students aren’t shy about admitting they tend to ignore the practice work now that it doesn’t have much effect on their overall grade.

“If a teacher assigns me a formative (assignment), I usually put that off in my mind and try and work on the summatives that I might still have,” said Jesse Taylor, an eighth-grader at Kenny C. Guinn Middle School.

It’s that kind of feedback that district officials are monitoring, Meyer said. She described the rollout of the policy as “fluid,” meaning adjustments are expected along the way.

Ultimately, Wipperman said the policy itself won’t course correct for what has been ingrained in education for decades — a quarterly quest for a certain number or letter grade. Parents, teachers and students need to move from a mindset of “assessment of learning” to “assessment for learning,” he said. But that’s easier said than done.

“That’s going to take longer than I think a lot of people realize,” he said.