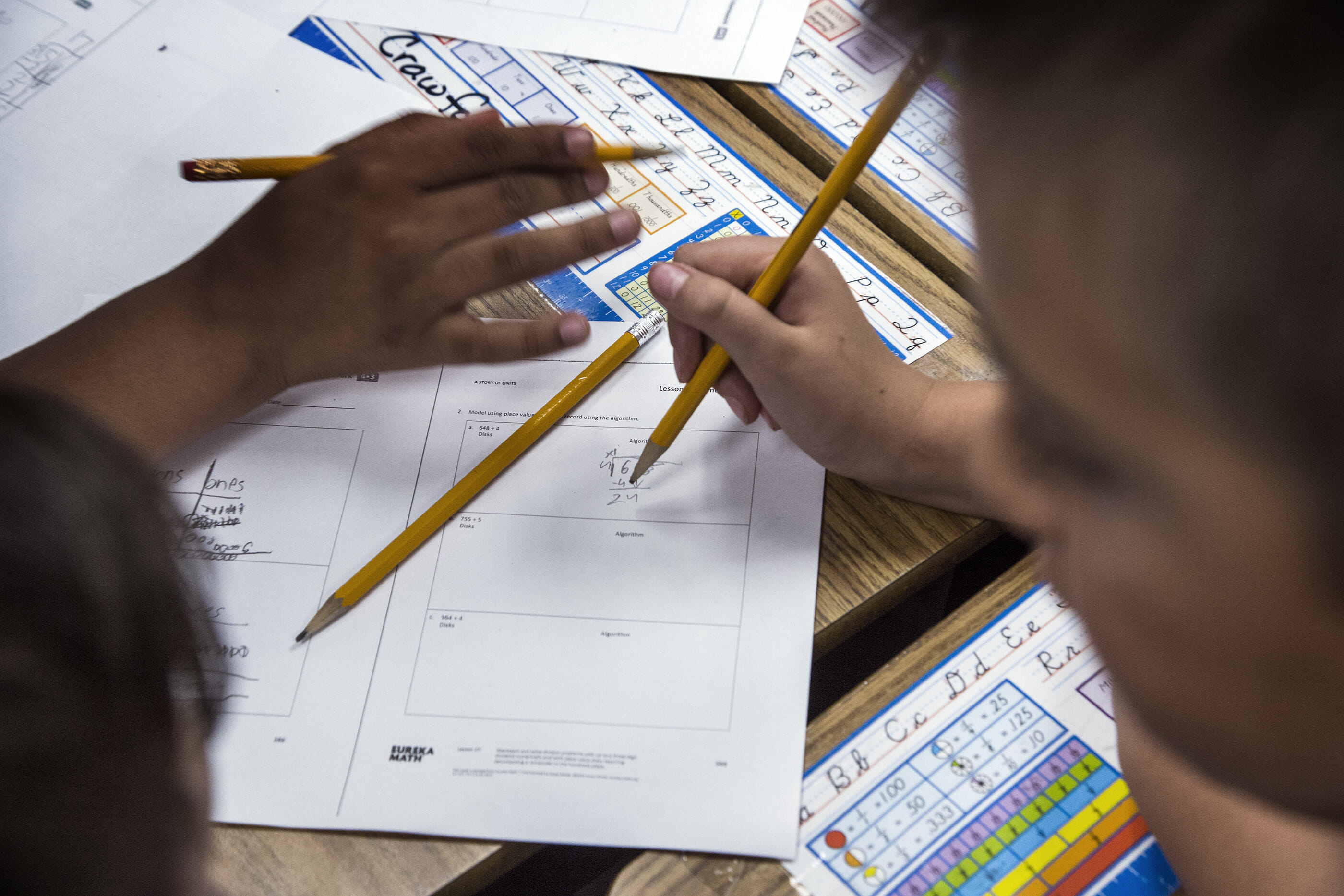 A test taken by Clark County School District students in kindergarten through 10th grade shows their math skills may have regressed more than their reading abilities during the pandemic.

It’s an indication of the so-called “COVID slide,” a phrase that emerged when the virus emptied classrooms last spring. The term — like its predecessor, “summer slide” — describes the possibility that children’s academic skills may decline when school isn’t in session.

Of course, this is not an absolute. All students are different, and the extent of learning loss depends on factors such as how much they read or practiced math skills during the summer break. Now, educators are trying to determine how much backward slide occurred because of pandemic-created learning disruptions.

The picture is far from complete, but new MAP Growth test data from the Clark County School District provides some insight. The MAP Growth test measures discrete academic skills, showing what students already know and what they are ready to learn.

It also predicts how third- through eighth-grade students will perform on the Smarter Balanced assessments, commonly known as SBACs, in the spring. The SBACs, which are statewide standardized tests, were waived in 2020 when the pandemic abruptly led to closed schools. But students are expected to take them in 2021.

Clark County Superintendent Jesus Jara began expanding the use of MAP Growth assessments before the pandemic hit. He viewed the tests — taken three times a year — as a way for teachers and students to track their learning trajectory.

“This is an assessment to let us know where your child is at this point in time,” he said. “Now we have information so we can help your kid improve.”

The Clark County School District has continued remote learning to start the 2020-2021 academic year, but in September, more than two-thirds of the district’s students took MAP Growth tests to measure their reading and math skills.

So how did they fare?

Clark County students didn’t show as much promise in math, though.

The expected math proficiency rate for students in five grade levels — fourth, fifth, sixth, seventh and eighth — is significantly below the national projection. The largest divide is for eighth-graders. In Clark County, only 11 percent of eighth-graders are expected to be proficient in math by the spring, compared with 28 percent of students that age nationally.

The findings align with research released earlier this year by NWEA, the nonprofit organization that develops the MAP Growth assessments. The research projected the pandemic would cause steeper learning losses for math than reading. Researchers estimated that students would return in the fall with 63 percent to 68 percent of reading gains acquired during a typical school year; whereas, in math, their learning gains the prior year would be less than 50 percent of what’s normal.

Rebecca Meyer, the district’s director of assessment, said the fall MAP Growth results need to be taken with a grain of salt. Students took the MAP tests at home versus in a controlled classroom setting.

“We’re being cautious with the data,” she said. “We’re not looking at the data, saying ‘This is where our kids are going to be,’ because we know there were impacts to testing.”

Noticeable bumps in test scores for students in kindergarten through third grade signal that parent help may have played a role, she said. On the other hand, district officials know some students may have run into technical difficulties that hampered their test results.

Plus, the MAP Growth test is only one data point. Meyer said other assessments and anecdotal observations from teachers will develop a clearer portrait of how students are faring post-COVID. The district has formed a research team, she said, that is combing through data and other evidence to gauge the pandemic’s effect on student learning.

Still, as the name suggests, the MAP Growth test at least provides a benchmark for educators and parents to gauge student growth over the year. Students will take the tests again in the winter and spring.

“It provides families with information on where their student is right now and also helps them set goals,” she said. “And that's the whole point of life — is setting goals, learning how to set goals and achieve those goals. And this assessment really lends itself to doing that in a positive way.”

It’s unclear how Clark County students’ fall MAP Growth results stack up against those from children in other regions. NWEA officials said they have not completed a national analysis because data is still being collected.