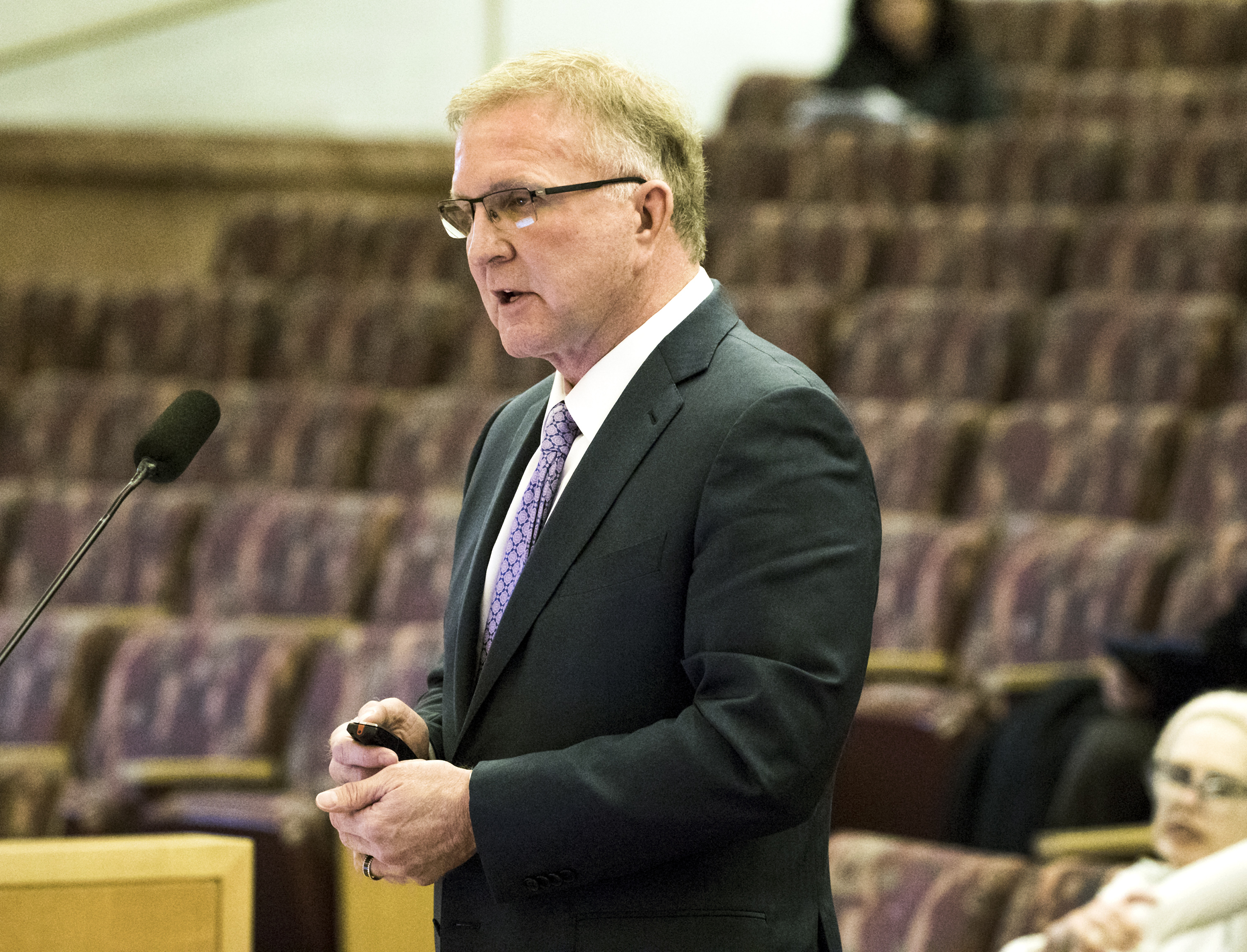 Despite concerns over a rushed process and lack of a competitive bid, members of the Clark County Commission voted unanimously to move forward on a lawsuit against opioid manufacturers through a suit filed by a private trial attorney.

After a nearly two-hour discussion during the regularly scheduled Tuesday meeting, commissioners voted to allow Clark County District Attorney Steve Wolfson to enter into an agreement with the law firm of Eglet Prince to pursue litigation against approximately 17 pharmaceutical-grade opioid companies.

Robert Eglet, the firm’s namesake, said in an interview that the firm had already drafted a complaint and planned to file it on Wednesday. He said the exact structure of a fee agreement with Wolfson’s office still needed to be figured out, but any fees to the firm would be capped at 25 percent and that the firm would cover all up-front costs.

But approval did not come without tension — several commissioners, including gubernatorial candidate Chris Giunchigliani, said they were frustrated with the process and weren’t really aware of the potential suit until recently. Giunchigliani even asked that her name be removed from the agenda item indicating that she and commission chairman (and fellow gubernatorial hopeful) Steve Sisolak had requested the suit be brought forward, saying she wasn’t aware of Eglet Prince’s involvement and that the process was “different than I ever seen before.”

“If we’re going to be transparent, make sure we have the same information so we know what the heck we’re talking about,” she said.

Sisolak said that he had met with Eglet — along with Wolfson but without Giunchigliani — in an earlier meeting, and had requested the agenda item be brought forward. Giunchigliani’s name was added after she brought up a similar idea at the last county commission meeting.

During the hearing, Eglet touted his firm’s accomplishments in the area of trial law, including several multi-million dollar settlements obtained on behalf of victims of a Hepatitis C outbreak in southern Nevada. He said the firm had set aside up to $15 million to pursue litigation against opioid manufacturers.

In an interview, Eglet brushed aside concerns from fellow attorney Peter Wetherall, who suggested that county commission members open up the process to a competitive bid rather than go with one firm. Eglet said his firm was best-suited to take on the case in part because they know what resources and tools that pharmaceutical companies will have to use in any case.

Eglet said that he had also been approached about filing similar lawsuits on behalf of the City of North Las Vegas and the City of Las Vegas, and had met with Attorney General Adam Laxalt earlier in the summer about a potential state suit separate from the ongoing multistate investigation.

He said he wasn’t concerned about Nevada’s involvement in the multi-state suit — a point of contention between Reno Mayor Hillary Schieve and Laxalt — given the various areas of law that jurisdictions can sue over.

“The damages don’t really overlap,” he said. “One doesn’t get in the way of another.”

The Reno city council is also scheduled to vote on a similar suit tomorrow. Wetherall, who presented litigation options to the city last month, said in a letter to council members on Monday that he would support the city voting to move forward with litigation but allowing multiple firms to bid for the city’s services.