Closed treatment centers and canceled meetings: How COVID-19 is forcing changes in the world of addiction and recovery 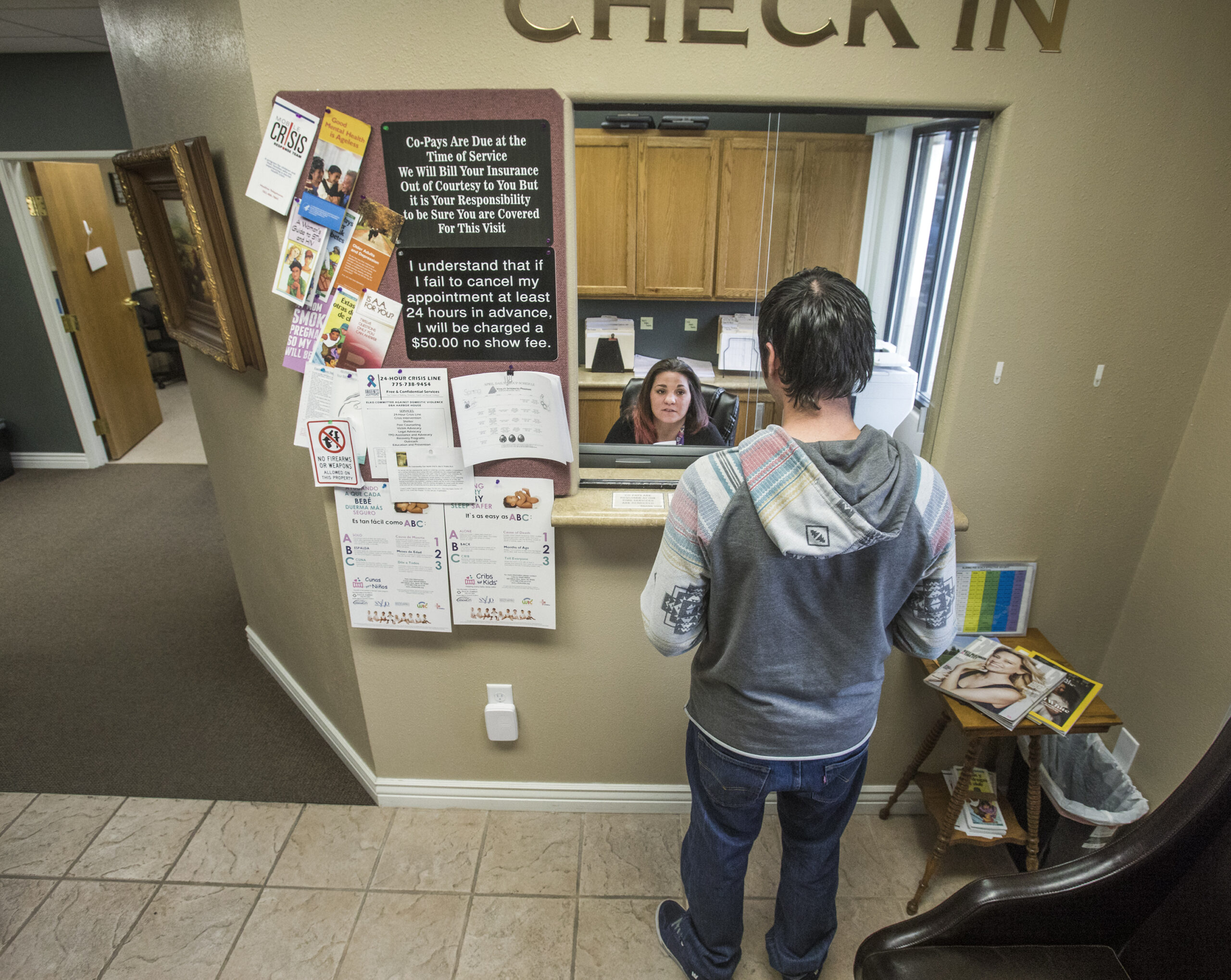 Feelings of isolation as a result of social distancing can cause emotional distress for anyone whose life or routine has been upended by the COVID-19 pandemic, but these stress factors can take a heavier toll on those struggling with addiction and recovery.

On one hand, people in the recovery field say more individuals struggling with addiction are already seeking help as they lose access to alcohol and other substances. On the other hand, people who are in recovery and vulnerable to feelings of anxiety are losing access to in-person group therapy and the support that comes with it at a time of exceptional uncertainty.

“I think when people go into rehab, they're in a bit more of a fragile state because they've usually hit rock bottom. They've admitted to themselves, possibly others, that they have a problem and they're turning in their surrender flag to come get help,” said Derek Price, the CEO of Desert Hope Treatment Center. “So they're already pretty emotionally fragile, and then, when you have the media, the information that's out, there is scary information right?”

Across the country, businesses are closing and organizations are suspending all in-person meetings to comply with the Centers for Disease Control and Prevention’s social distancing recommendations, and individuals who depend on treatment facilities or the support of weekly group meetings are losing access to these services.

According to the Substance Abuse and Mental Health Administration’s 2017 Behavioral Health Barometer report, 5,903 Nevadans were enrolled in substance abuse treatments.

Desert Hope Treatment Center is an American Addiction Centers facility in Las Vegas that has been making major changes to adjust to the pandemic. The center treats both addiction and co-occurring disorders and offers both inpatient rehabilitation and intensive outpatient treatments as well as specialized trauma treatments for veterans and first responders.

“The first and most major change is we have ceased any family visitation or product dropoffs. Everything has to come through the mail now,” Price said.

Previously, the facility would allow local patients to have loved ones drop off items for them during visitation, but with increased concerns that the virus would spread within the center’s walls, no visitors are allowed on the premises, and even outpatients, staff, and suppliers have to go through a screening process.

“We have temperature stations set up at all the nursing stations. You can't come on the property without doing a temperature and a quick assessment before you can walk in the door. That even goes to our new admits too,” said Price. “If we have a new admit that doesn't meet the criteria that our chief medical officer Dr. Weinstein has established as the corporate policy, then we can't admit that patient because that risks the infection spreading through our population here.”

Right now, the only amenity that the facility has closed is its salad bar. Other features, including the indoor fitness room, library, and art room all remain open.

Price acknowledged that lack of visitors can be hard for patients, but did say they are still allowed phone and internet access to communicate with loved ones.

“I think at this particular period in time we have to look out for the entirety of the herd. It's not convenient to any one individual patient,” he said. “But, I think overall we don't know where the people are coming from. We don't know what they've been exposed to, and we don't have the resources to do an hour-long questionnaire.”

While Desert Hope is still taking new patients as long as they are not symptomatic and have no possible exposure, Freedom House has drastically limited admissions, only accepting court referrals for inpatient treatment.

Prior to these limitations, Freedom House provided both inpatient and outpatient treatments, hosting group therapy meetings for outpatients in recovery. All group meetings have been halted for the time being to comply with social distancing recommendations.

For Dom S., a volunteer with a recovery based transitional living house in Reno, who has been in recovery for several years, group meetings are no longer as vital to the recovery process, but when he was first starting out, they were integral.

“It was really just going to the meetings that helped me,” he said, adding his concern that many individuals suffering from addiction or in the early stage of recovery tend to isolate themselves.

“Social distancing may give them an excuse to do so,” he said.

Online alternatives to these group meetings are growing in popularity as people seek a social alternative to in-person meetings.

He attended his first online meeting on Thursday night and described it as a “powerful experience,” saying there were, in total, over 1,000 attendees from around the world.

“Even though it was online, I could feel the energy and excitement. Just as in meeting rooms in person, there was a strong feeling of solidarity and hope.”

Dona Dmitrovic, the executive director of the Foundation for Recovery in Southern Nevada, said she was “apprehensive” about online meetings but that once she had utilized the method for the first time, she discovered it was “business as usual.”

“And I thought, wow, what a great opportunity for people to gather together, see each other, and feel connected,” she said.

Isolation, she said, can be a trigger for those dealing with the stress of addiction and recovery, but knowing that there options available can ease people’s minds.

“There are great options out there,” she said, “Although we can’t necessarily hug and have that kind of normal touch we do in meetings, this is still a safer place that people can have the ability to share and really talk about our experiences or how we’re coping with things that are happening right now.”

Most group meetings have only been suspended in the past week, but coronavirus concerns have been a part of the recovery discussion for longer than that.

Price has noted the phenomenon, saying it is a common topic in process groups for patients at Desert Hope. In addition to unstructured discussion about the pandemic, he says the center has daily “town hall meetings” with the entire patient population where they are given up-to-date information and education.

Price said that patients have limited media access, but that what they do see regarding limited supplies and recommended distancing can cause them to build up narratives about the situation outside of the center.

“We have to continuously just talk them off of that cliff because that doesn't help them in recovery,” he said. “It brings an increase in stress which can cause an increase in desire to use, to numb the pain.”

An added concern for Desert Hope is the portion of their population with co-occurring mental health issues such as anxiety, depression and schizophrenia.

“When you start to throw in something like that, a pandemic like this, their reaction is a little bit stronger than somebody that maybe didn't have those mental health issues,” said Price. “So we have to really continuously talk about it.”

Inpatient recovery facilities are facing the same lack of supplies that other medical facilities are dealing with. A shortage of masks and gloves has been a major concern as many medical suppliers are out of stock due to increased demand.

Kimberlee Guerrero, the associate director of nursing at Desert Hope, says the facility has been in contact with the Southern Nevada Health District, which is offering support for those facing shortages.

“They'll determine how many pieces they'll allot for us, like they've allotted this facility 100 masks,” she said. “We just had to show that our supplier is on back order and they're going to supply us with more equipment.”

Still, she said, she is not sure when those supplies are due to arrive. And the facility is also running low on non-medical supplies.

“I mean, we’re in the same toilet paper crunch as everybody else is,” she said, adding. “We've had to move our normal locker and put it in a much more secure environment, just our gloves, toilet paper, and masks, because we've had quite a bit of stock show up missing. I'm not saying patients took it, but it's just not here anymore.”

Price did note that there has been an increase in the number of people seeking resources from Desert Hope.

“The silver lining to it is that it's actually probably going to help more people recover from the addiction element because of the coronavirus,” he said.

A major factor he pointed to as a cause of this increase is reduced access to alcohol and other addictive substances as liquor stores and bars close.

“When you start to have an alcoholic that can’t get to any alcohol, they begin to go into a… withdrawal,” he said. “They start feeling like they have seizures; they feel ill.”

In addition, they have less people leaving the facility against medical advice. Because Desert Hope’s treatments are elective and the facility is not on lock down, patients are able to leave whenever they would like, even if their recovery treatments are not over.