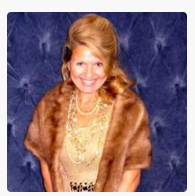 You have to move fast to keep up with Angelina Lazar.

Investors in her fraudulent Las Vegas-based investment company, Charismatic Exchange, Inc., learned that the hard way a decade ago. With minimum “investments” set at $20,000 and a promise of 20 percent interest, they lost thousands after buying into her flimsy and now defunct foreign currency investment scheme.

From all appearances, state securities regulators and federal law enforcement were also slow in catching up to Lazar, a Canadian citizen from Windsor, Ontario who possessed two U.S. Social Security numbers, including one from Minnesota in the name Angela Dragicevic.

Indicted in 2009 in the Eastern District of Virginia on four felony wire fraud charges, she remained free to travel the world for seven years. While stamping her passport through Europe and part of the Middle East, she added wildly to her professional list of credits and connections with the stroke of a computer keyboard. Detained Feb. 8 while attempting to enter the United States through the Detroit-Windsor Tunnel, Lazar told U.S. Customs Enforcement that she was finishing “missionary work” in the Troy, Mich., area.

On Monday in Alexandria before U.S. District Judge Liam O’Grady, Lazar accepted a plea bargain. Instead of being held until sentencing, the judge took the assertive step of immediately deporting Lazar, which seems counterintuitive considering all the trouble authorities went to round her up. Until her recent detention in Detroit, she obviously had little trouble crossing international  borders. Although the sentence seemed light, that didn’t prevent U.S. Attorney for the Eastern District of Virginia Dana J. Boente and Assistant Director in Charge of the FBI’s Washington Field Office Andrew W. Vale from announcing the conviction. Assistant U.S. Attorney Uzo Asonye was the case prosecutor.

The Zelig-like Lazar has made so many claims in recent years it’s difficult to catalog and vet them all, but one of her verifiable moves was a foray into Republican Party politics in 2005 and 2006 at a time authorities were turning up the heat on her Charismatic Exchange Ponzi scheme.

Before her life as a fraudster got in the way, Lazar’s eclectic interests included courting political relationships with contributions to the National Republican Congressional Committee. In 2005, she cut checks totaling $3,650 to the outfit, another $2,500 a year later. Those donations came about the time she produced a glowing press release touting her relationship with U.S. House members as part of the congressional committee’s Business Advisory Council.

In a twist that would have impressed even the highly confident Lazar, the advisory council was impressively hustling in its own right, extracting thousands of dollars in exchange for membership. That winking contribution included a seat at a banquet that cost up to $5,000 for a reserved seat. Some called it a contribution, others a form of political extortion.

Lazar called it just fine with her. She was not only a successful businesswoman, she enthused, but also an “Opinions Leader and Peacemaker in transitional economies and post-communist countries like Russia, the Commonwealth of Independent States, and the former Yugoslavia. Ms. Lazar has an inside track, and unique industry and cultural access, which enables Charismatic Exchange to transcend bureaucratic bottlenecks abroad more easily; thereby, accessing Central Banks and the highest levels of government more readily.”

Sounds like impressive stuff. While federal authorities in court documents confirmed she traveled to Serbia, Dubai and other far-flung destinations, what she did there beyond promoting her profile is less certain.

During her years in Las Vegas, she once claimed she was a member of the Nevada Development Authority, no mean feat given her career as a con artist and manipulator of controversial cryptocurrency.

In recent years, she has promoted the controversial OneCoin cryptocurrency. In characteristic self-confidence, she called it, “the single most lucrative business and  investment opportunity of a lifetime and in all history.” Sounds almost as confident as a certain U.S. president I’m thinking of. But not even Donald Trump ever touted himself as a “Certified International Project Manager,” “Global Investment Banking Analyst,” Precious Commodities Trader” as well as a professional “Economist, Writer, Producer, Brand & Design & Marketing” specialist.

She also lists herself as a graduate student with seven articles and one talk to her credit at the University of Oxford, Oxford Global Trade Program. It’s a wonder she’s had  any time to study.

To top it off, Lazar is a devout believer in the big investor in the sky. And I don’t mean Carl Icahn.

“She is a spiritual and political ideologue,” Lazar writes in a positively pyrotechnic online biography, “economist and certified international project manager, defender of human rights and peacemaker, global investment banking analyst and entrepreneur extraordinaire, operating the world over.”

Although Lazar somehow managed to evade capture for seven years, she did generate a number of critics, mostly people who snapped to her endless stream of malarkey or were ripped off by one of her investment schemes. (One Facebook account is called “The truth about Angelina Lazar.)

In case you’re wondering, Lazar has been unfazed by her critics. Their presence in her endless sleight-of-hand act on the Internet didn’t appear to deter her in the least in making contacts from Belgrade to Abu Dhabi.

By her own admission, she used her cryptocurrency investment come-on to propel her high-flying lifestyle. It was, she at last admitted, “like having your own bank in your back pocket.”

Angelina Lazar’s victims may expect a return on their investments not long after she graduates from Oxford.