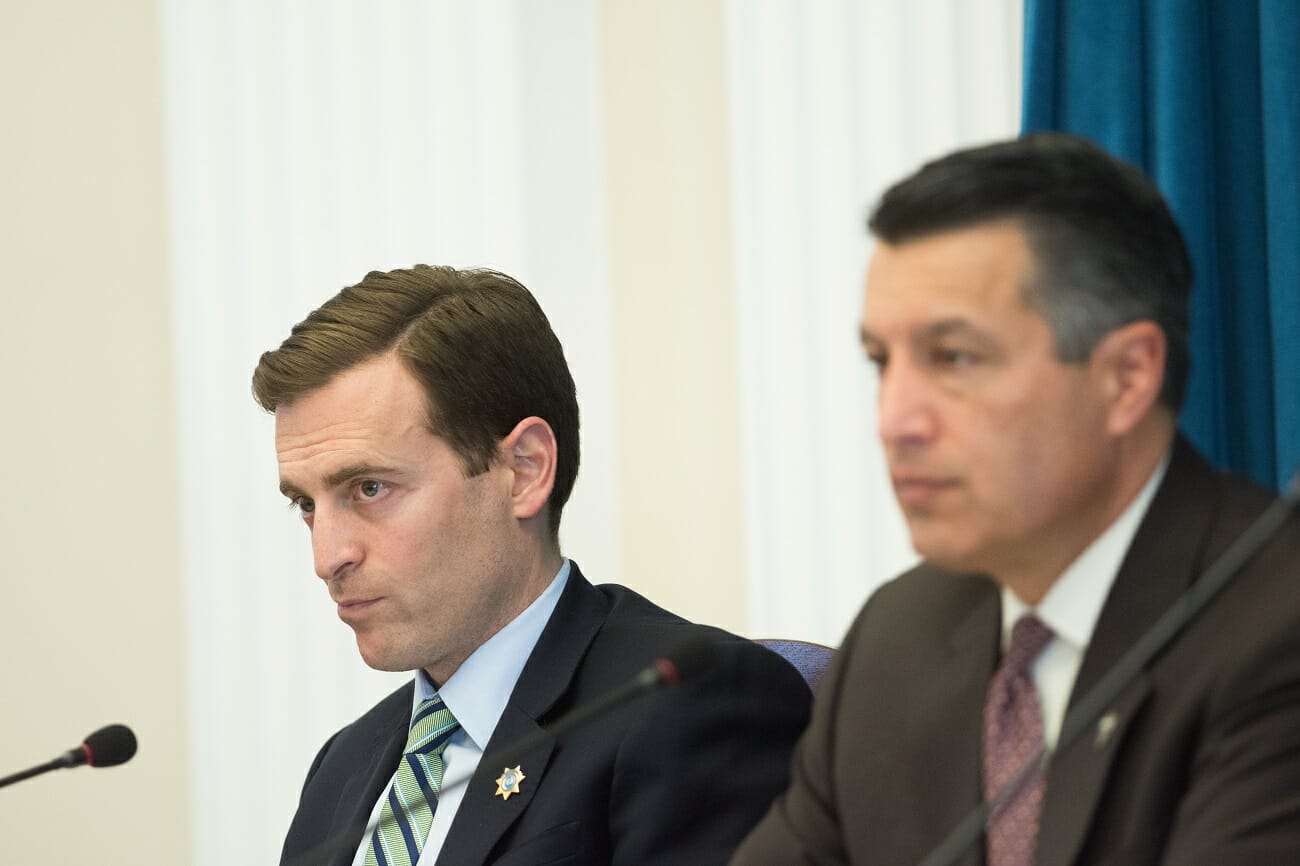 Despite building a budget based around an excise tax on marijuana, Nevada officials are taking a wait-and see approach in the wake of promises from the Donald Trump administration promising “greater enforcement” of federal marijuana laws.

But Democrats and Republicans alike sounded concerns after White House Press Secretary Sean Spicer told reporters on Thursday that “greater enforcement” of federal laws around the drug could be on the way.

Coupled with the appointment of Jeff Sessions as attorney general, a stringent marijuana foe who’s said “good people don’t smoke marijuana,” and industry advocates are becoming increasingly concerned that the blossoming industry could be nipped in the bud.

“I honestly cannot believe that they would be that stupid,” said Democratic state Sen. Tick Segerblom, a longtime marijuana proponent. “We’re doing all we can do and we’ll continue to do that, but hopefully it’s just a blip and somehow Spicer got his story wrong.”

Despite passing at the ballot box, recreational marijuana isn’t available for legal sale just yet. The state Department of Taxation is hoping to complete regulations and licensing around the sale and cultivation of legal cannabis by summer.

The Nevada Dispensary Association, a medical marijuana dispensary trade group, said their members were "disappointed" in Trump's position on marijuana.

"The members are being cautious to not overreact as the President's press secretary's statement on 'recreational' marijuana was not entirely clear and it is hard to imagine the President would blatantly disregard the will of voters on a statewide initiative," group director Riana Durrett said in an email.

While legislators are concerned about the possible effect on the marijuana industry as a whole, the issue is especially compounded in Nevada, where Gov. Brian Sandoval has proposed a 10 percent excise tax on retails sales of marijuana as a way of adding nearly $100 million to the state’s K-12 school budget.

In a statement, Sandoval spokeswoman Mari St. Martin said the governor had been concerned about potential conflicts between federal and state laws regarding marijuana “from the beginning,” and said the state would review any potential financial consequences from stricter enforcement of the law.

“Nevada has not had any direct contact with the new administration on this issue, but we are actively monitoring any potential action by the Department of Justice regarding ‘greater enforcement’ of federal drug laws,” she said in a statement.

“Any action by the Trump administration would be an insult to Nevada voters and would pick the pockets of Nevada’s students,” he said in a statement.

Laxalt, widely considered a future gubernatorial candidate, said in a statement that his office didn’t want to “speculate or jump to conclusions.”

“How the federal government might act with regard to the legalization of marijuana under state laws is unknown at this time, so it would be premature to suggest what, if any action, will be taken,” a spokeswoman for the attorney general’s office said in a statement. “Of course, not every action taken by the federal government, much less every statement made the president or his staff, constitutes federal overreach.”