Governor is against legal pot, but not against extracting money from sales 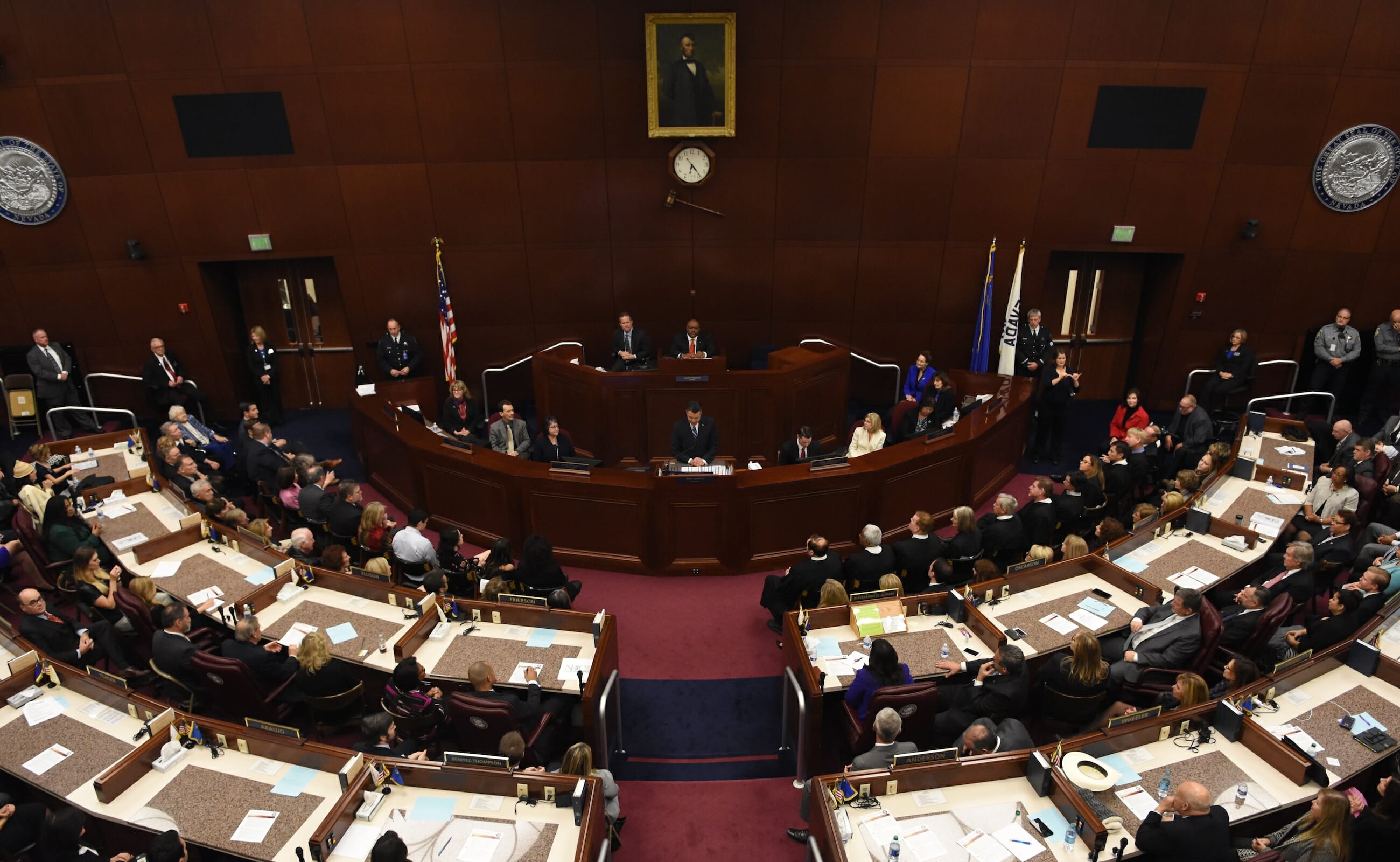 Marijuana may now be legal for recreational use in Nevada, but if Gov. Brian Sandoval has his way, indulging is going to cost you a pretty penny.

The governor proposed a 10 percent retail excise tax on recreational marijuana during his annual State of the State address tonight, the only tax increase he is proposing during the 2017 legislative session. Use of recreational pot has been legal in Nevada since January, when a ballot measure voters approved during the 2016 election by a 10-point margin went into effect.

The tax, if approved, is expected to generate an additional $69.3 million in revenue toward the state’s Distributive School Account, the general education funding pot in Nevada, according to state budget projections.

The tax would be a win-win for the governor, bolstering funding for education by targeting recreational marijuana, which Sandoval vocally opposed legalizing. In total, proposed and existing taxes on marijuana would generate $99.2 million for education in the state.

“I knew I would get you on that one, Tick,” Sandoval joked to Democratic Sen. Tick Segerblom, a vocal marijuana proponent, after announcing the tax during his address.

However, Segerblom said in an interview after the address that he was actually excited that marijuana could help out the state through additional tax revenue.

“Ten percent is not going to kill anybody and we can negotiate a little bit about it, but they key is we need to get it out there right away and start making some money and make sure there’s no black market created,” Segerblom said.

Sandoval’s speech, in a sense, legitimized marijuana by building marijuana tax revenue into the state’s budget.

“I’m ecstatic that we made the speech,” said Will Adler, lobbyist for the Nevada Medical Marijuana Association. “Our biggest opponent has now become a supporter of marijuana, at least in terms of revenue.”

Adler said he wasn’t “ecstatic” that Sandoval put a number on the marijuana tax in the speech but that he was happy that the governor opened the conversation and wants the tax to support schools.

Already-enacted fees and taxes on recreational and medical marijuana are expected to generate a combined $29.8 million toward the state’s distributive school account over the biennium. The biggest chunk of that, $15.9 million, comes from a 15 percent tax on wholesale sales of recreational marijuana enacted as part of the ballot measure. A 2 percent excise tax on medical marijuana, which has been legal in Nevada since 2001, is projected to only generate about $6.2 million.

Recreational marijuana in Nevada is also subject to state and local sales taxes.

Asked about the proposed tax, Republican Assembly members were less than thrilled.

“Look, I’m personally not excited about voting for another tax,” said Assembly Minority Leader Paul Anderson. He noted that though this is the only tax the governor proposed there are still other tax increases that could come up this session, like with property taxes.

Assemblyman Jim Wheeler said the fact that the proposed tax is on marijuana made it slightly more palatable because he and many of his constituents opposed the ballot initiative. But he said he still doesn't like the idea of raising taxes.

Also among the concerned: Democratic Clark County Commission Chairman and potential gubernatorial contender Steve Sisolak, who worries that the new tax coupled with the existing tax on recreational marijuana could shoot up the price and drive people to purchase it off the black market instead.

"You don't want to make it where people go to the buy behind the convenience store to buy marijuana," he said.

A small portion of the funds from the existing 15 percent tax and the proposed 10 percent tax will also go toward licensing and regulating marijuana, responsibilities given to the state Department of Taxation. Regulations are expected to completed by summer, and the department has applied for a loan to get its operations up and running before the taxes start rolling in.

What Sandoval is proposing in Nevada isn’t so different from the tax structure in Colorado, where recreational pot has been legal since 2012.

Jackie Valley and Michelle Rindels contributed to this story.