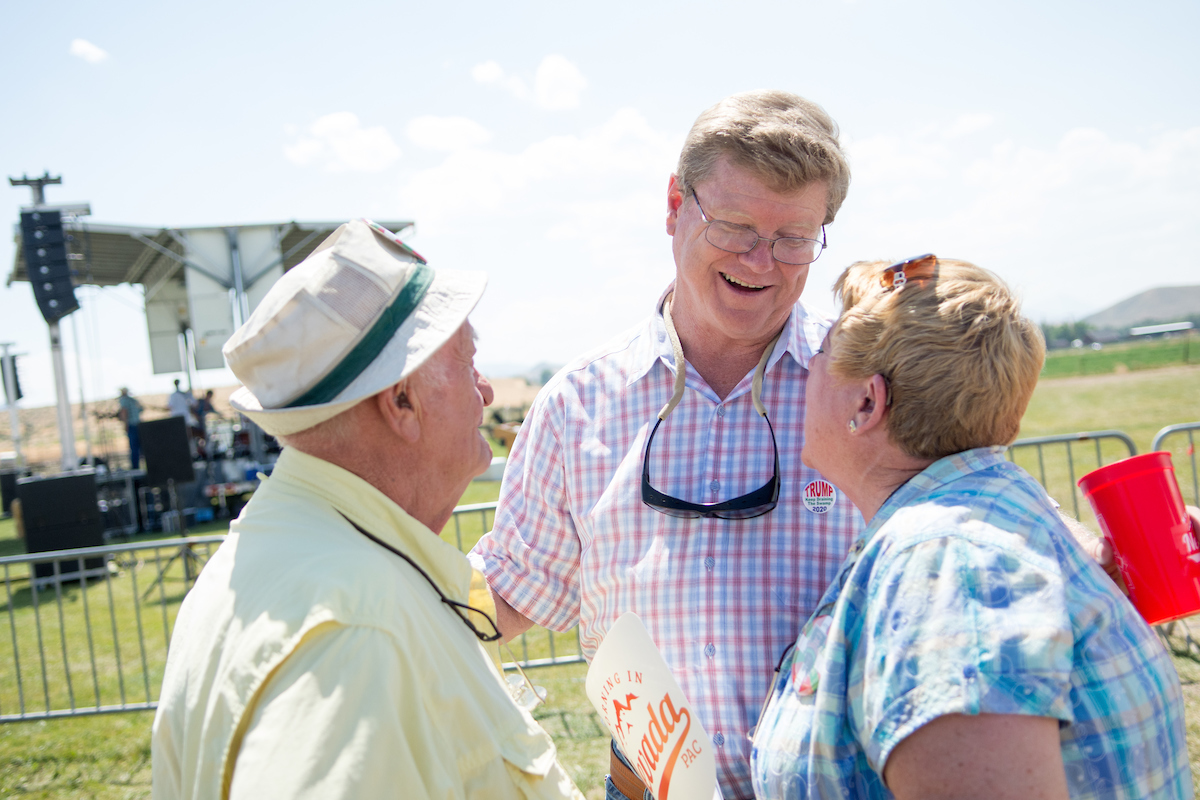 Americans for Prosperity is launching a six-figure advertising blitz including direct mail and radio and digital ads targeting congressional representatives — including Republican Rep. Mark Amodei — for voting in favor of the March spending bill.

The mail piece being sent by the group and provided to The Nevada Independent claims that Amodei voted to “increase waste” that helped push federal spending over $4 trillion. In a release, AFP said it viewed a coming vote on fiscal year 2019 spending as a “critical test” for lawmakers, and encouraged them to make cuts to entitlement spending.

“Washington’s poor stewardship of taxpayer dollars demonstrates a lack of respect for Nevadan families forced to tighten the belts at home every day,” AFP’s Nevada State Director Juan Martinez said in a statement. “Lawmakers on both sides of the aisle are willfully burdening future generations with an unsustainable debt that will lead to tax hikes, lower economic growth, and fewer services.”

In a lengthy email to constituents sent in April, Amodei said he understood concerns about federal spending but voted for the bill to ensure the continuation of payments to the military, schools and border security.

“Finally, although I broke from some of my colleagues who voted against either or both of these bills, and while I still do not see how they can justify voting against funding for national defense, our nation’s veterans, and children’s health care, I do agree with their analysis and concern about federal deficits,” he wrote at the time.

Amodei, who has represented the Northern Nevada district since 2011, is facing off against former Assemblywoman and U.S. Senate candidate Sharron Angle in a Republican primary election on June 12.